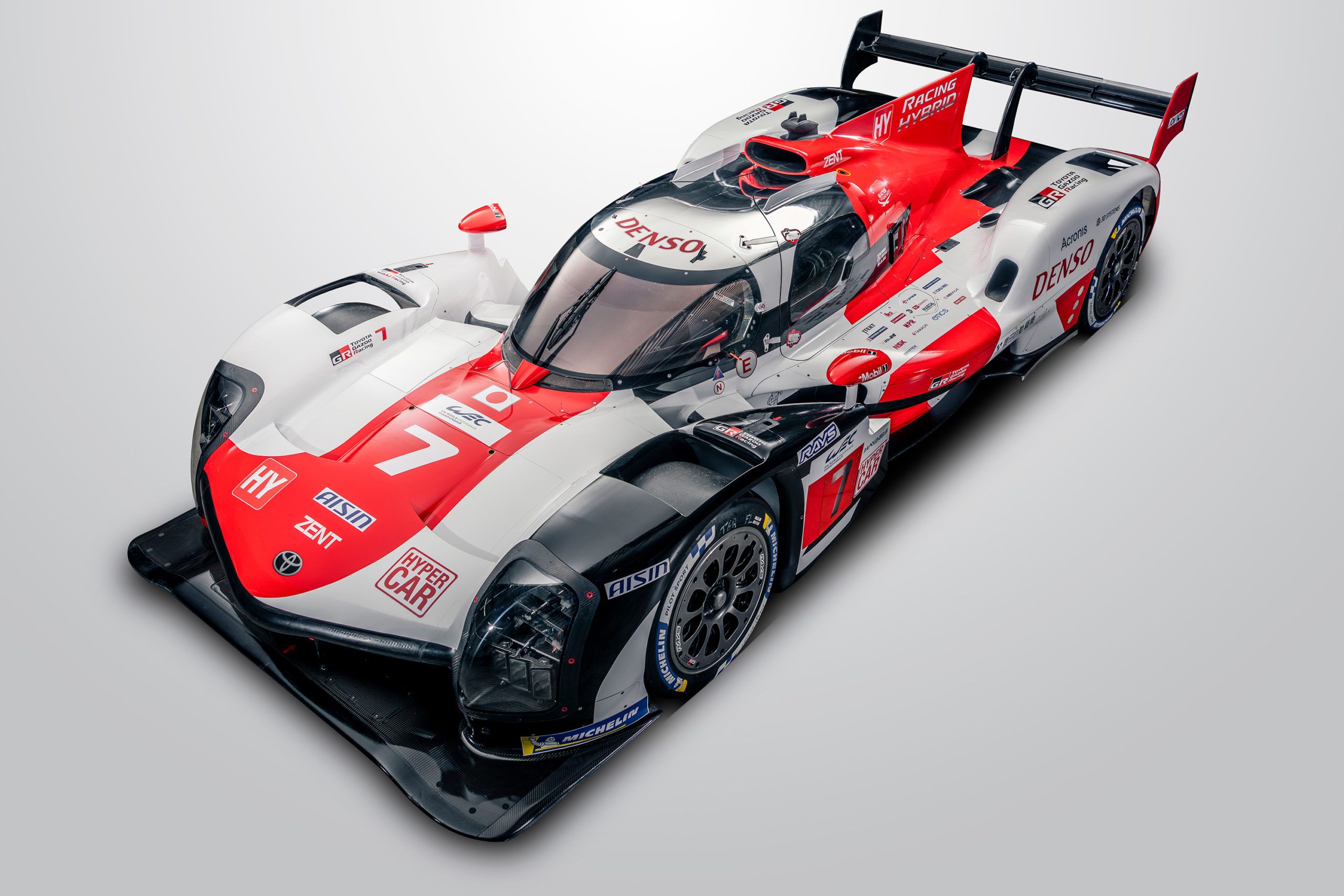 Toyota has revealed its hypercar for the new WEC season along with its Yaris WRC as Hyundai does so for its i20 Coupe, while Honda releases line-up details.

Toyota has become the first manufacturer to reveal the all-new GR010 HYBRID Le Mans Hypercar, which will kick-start the new journey of the LMP1 category in WEC from 2021 season. It features powertrain technology developed in the TS050 HYBRID.

The GR010 HYBRID Toyota Le Mans Hypercar is a prototype race car developed over the last 18 months in partnership by engineers at the team’s headquarters in Cologne and the electric hybrid powertrain experts at Higashi-Fuji in Japan.

The technical details of it as per the release goes: “The GR010 HYBRID incorporates a powerful four-wheel drive racing hybrid powertrain, with a 3.5litre V6 twin turbo engine, providing 680PS to the rear wheels and combining with a 272PS motor generator unit, developed by AISIN AW and DENSO, on the front axle.

“Total output is capped at 500kW (680PS), meaning the GR010 HYBRID’s sophisticated electronics reduce engine power according to the amount of hybrid boost deployed. As part of a cost-cutting initiative incorporated in the regulations, the new GR010 HYBRID is 162kg heavier and with 32% less power than its TS050 HYBRID predecessor, with Le Mans lap times expected to be around 10secs slower.

“It also has bigger dimensions; it is 250mm longer, 100mm wider and 100mm higher. For the first time since the beginning of its WEC project, TOYOTA GAZOO Racing will participate without a rear motor generator unit (MGU), with the single permitted MGU located on the front axle. This means a starter motor must be fitted on the GR010 HYBRID while fully hydraulic rear brakes are also required.

“The GR010 HYBRID features state-of-the-art aerodynamics, optimised for efficiency, and developed using powerful Computational Fluid Dynamics software and wind tunnel testing. The new technical regulations permit only a single homologated bodywork package, with only one adjustable aerodynamic device. The GR010 HYBRID will therefore compete in the same specification at both low and high downforce circuits, with an adjustable rear wing modifying the aerodynamic characteristics.”

Toyota has completed two three-day test as it adapts to the new WEC LMP1 regulations but both Kazuki Nakajima and Kamui Kobayashi haven’t got the chance to drive it, while teammates Brendon Hartley, Jose Mario Lopez, Sebastien Buemi and Mike Conway have done so. They were to test at Aragon this week but snow has forced it to be cancelled.

“The new regulations are designed to showcase road-relevant technology in WEC whilst also delivering a top-level, attractive spectacle,” said Technical Director, Pascal Vasselon. “We are looking forward to welcoming new competitors and being part of an exciting future for endurance racing with our GR010 HYBRID. The new Le Mans Hypercar regulations mean the GR010 HYBRID is a completely new car, designed to a different philosophy.

“A major difference is the architecture of the hybrid system; we will have one kinetic energy recovery system and brake-by-wire, on the front axle. This means we had to install a starter motor and fully hydraulic rear brakes for the first time in our WEC project. Following the regulations, our car will have one bodywork specification to handle all circuits, so we needed to provide a wider working window for this car.

“These are just examples; there have been many such differences and challenges to address during development, so it has been an interesting engineering challenge. Now we are all looking forward to continuing our testing programme and finally seeing our new car compete; I think it will be worth the wait.”

Along with its hypercar, Toyota also unveiled its 2021 Yaris WRC in a slightly tweaked colours, similar to its WEC counterpart. There is not a huge change from 2020 as they await the technical change in 2022 but tyre wise, Pirelli takes over as the single supplier from Michelin. The crew of Sebastien Ogier, Elfyn Evans and Kalle Rovanpera are all set to kick-start the new season with Rallye Monte Carlo.

Staying on WRC news, Toyota’s rivals Hyundai revealed their 2021 i20 Coupe too, as they stick with their traditional corporate colours. Like the Yaris, it doesn’t see much changes apart from the Pirelli tyres, with Ott Tanak, Thierry Neuville and Craig Breen to pilot the car. There is a change in co-driver for the Belgian driver, though, after he announced a shock parting with Nicolas Gilsoul in favour of Martin Wydaeghe.

Gilsoul was taken by surprise indeed:

That’s his choice. We lived together wonderful adventures. We will live some more again, unfortunately everyone from our side. https://t.co/x0Y5Yxv4gl

Amid the WRC and WEC news, Honda revealed its line-up for 2021, especially on the side of Super Formula and Super GT. The former had some changes from 2020, with drivers shuffled from one team to another to throw a new challenge.

Starting with Naoki Yamamoto, he has switched from Dandelion Racing to Nakajima Racing in a direct replacement with Tadasuke Makino. The former will now partner Toshiki Oyu, while the latter will team-up with Nirei Fukuzumi.

Among others, only Team Mugen and Threebond Drago Corse have their drivers announced, with the former keeping Tomoki Nojiri and the latter retaining Tatiana Calderon. Teammate for Nojiri will is a TBA as of now along with the two cars of B-Max Racing.