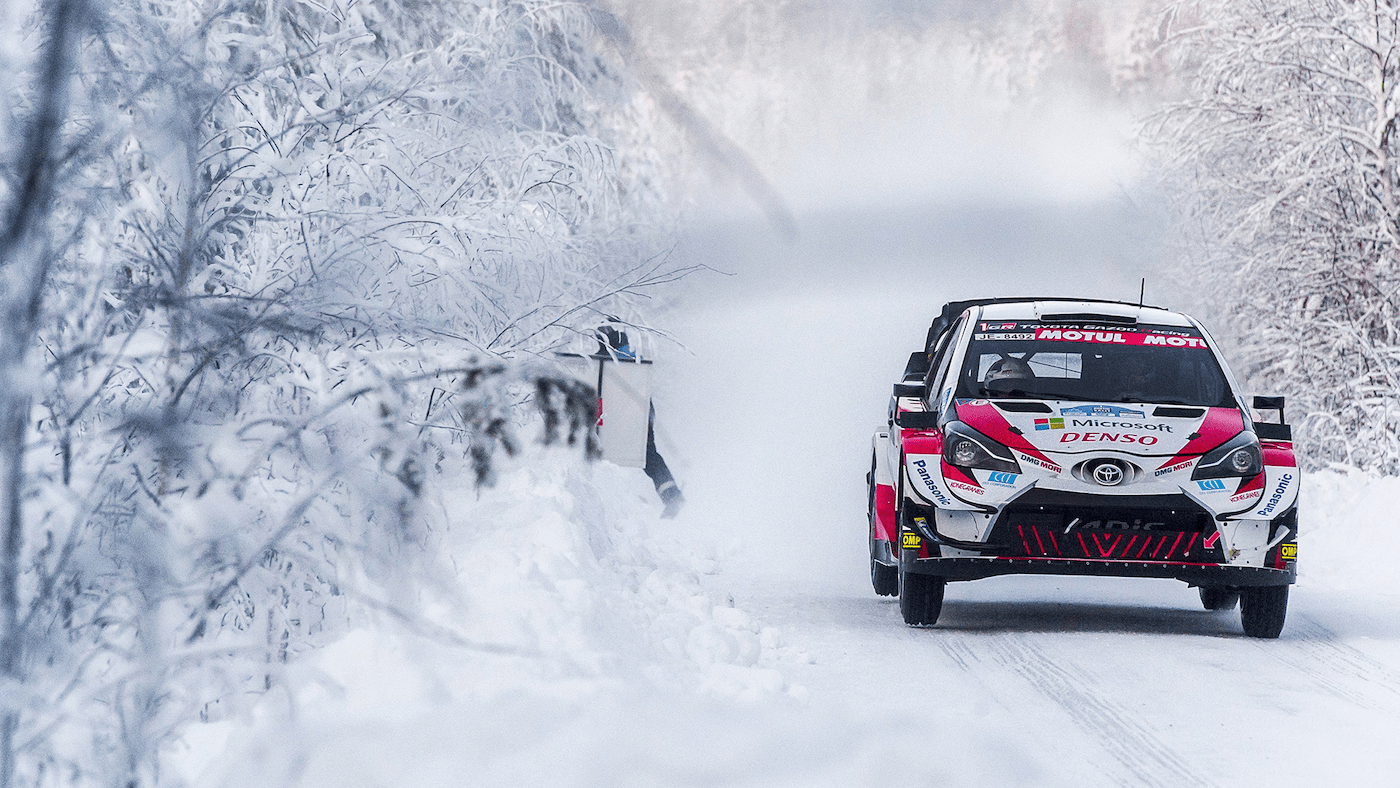 The COVID-19 restrictions has taken away another WRC event off the 2021 calendar as Rally Sweden has been dropped and replaced by Artic Rally, based in Rovaniemi on February 26-28 to be the only pure winter fixture in snow-laden terrain.

It forms the second Nordic WRC round after Rally Finland, which will take place on July 29 – August 1. The Artic Rally will start on February 26 with a morning shakedown, ahead of the opening special stages in the evening, with a total of 10 stages.

“Since it was confirmed in December that Rally Sweden would not take place, we’ve been working hard with AKK Sports, the city of Rovaniemi and the enthusiasts there to try to make this event happen,” said WRC Promoter Jona Siebel.

“It’s been a tough race against time and my thanks go to all involved. Although the rally starts in just 44 days, we know AKK will leave no stone unturned to ensure it reaches the same high standards as the traditional summertime Rally Finland.

“Winter rallies provide some of the sport’s most spectacular action. A winter wonderland of full snow and big snow banks lining the roads are a driver’s dream, so I think the WRC is in for a great time.” At the same time, AKK Motorsport’s Riku Bitter, added:

“We set out to look into the matter and explore our possibilities. Of the various different options, Rovaniemi, with its solid culture in organising winter rallies, good reputation as an international event city and large number of enthusiastic and experienced rally-makers stood out.” And finally, WRC head, Yves Matton noted:

“With Arctic Rally Finland joining the WRC calendar, we will experience a rally in a region that has always made us dream and where conditions promise to be optimal for a snow event. Following the unfortunate cancellation of Rally Sweden in December, this is proof that with challenges can come opportunities.

“I would like to thank AKK and the WRC organising team for their commitment, professionalism and determination, which enables them to make a second round in Finland a reality within a short time window. We will give all our help and support to ensure a great success for his new round.” 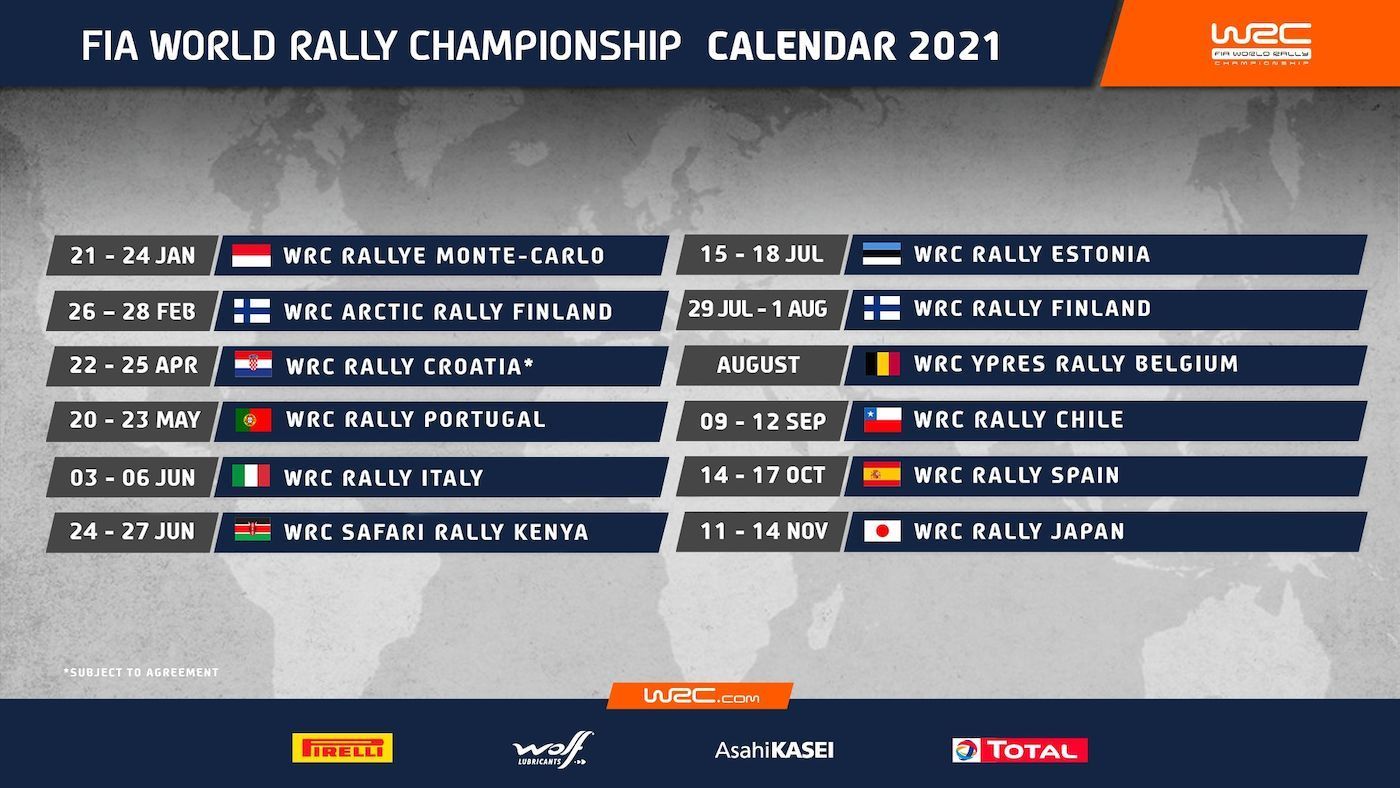 After announcing its line-up of its first car with Stoffel Vandoorne, Sean Gelael and Tom Blomqvist, Jota Sport has confirmed its second LMP2 car line-up of Antonio Felix da Costa, Anthony Davidson and Roberto Gonzalez for the 2021 WEC season.

It is the same line-up that featured in 2020 under the Jota name. The change in 2021 seems to be that they have parted away with Jackie Chan DC Racing, for its second car. “I can’t wait to get back on track this year with JOTA and to build on what we achieved last season as a team and as a car crew,” said Davidson.

“We managed to set the bar pretty high last year, but I have full confidence we can not only continue that but also go on to achieve even greater things in 2021.” Meanwhile, da Costa added: “I’m super happy to be back in the WEC with JOTA and racing with Roberto and Anthony once again.

“I am a big fan of continuity, and we will be able to carry the momentum we gained last season to have another crack at winning the FIA WEC and also Le Mans. I can’t wait to get started and go racing in Sebring.”

Here’s news on its sister car

Having completed 10 years with Andretti in 2020 IndyCar season, Hunter-Reay is to extend his partnership with the team in 2021, when he returns to pilot the #28 DHL Honda-liveried car, to thereby continue his long-standing relationship with the team.

“We’re really happy to welcome both DHL and Ryan back for the 2021 INDYCAR season,” said Michael Andretti. “Over the past 10 years, DHL has become family to us, and Ryan has recorded some of the team’s greatest accomplishments. I’m looking forward to seeing what 2021 brings.”

“I’m eager to get to work and honored to represent both DHL and Andretti Autosport yet again,” said Hunter-Reay. “DHL has been one of the longest tenured primary sponsors in INDYCAR history and that yellow 28 car has become one of the iconic INDYCAR liveries; for that I am extremely grateful.

“I want nothing more than to add a second Indy 500 win to our accomplishments and earn the title of INDYCAR Champion for a second time as well. Coupled with the DHL partnership, AutoNation has also been vital to my career over the past nine years and I’m very proud for the opportunity to continue as a Drive Pink brand ambassador as well.

“2020 was a pretty unconventional season, and we left the year with unfinished business. Overall, as a team, we’re focused on extracting the maximum potential from the speed we had in 2020.” Hunter-Reay sticks with Andretti alongside Colton Herta and Alexander Rossi.