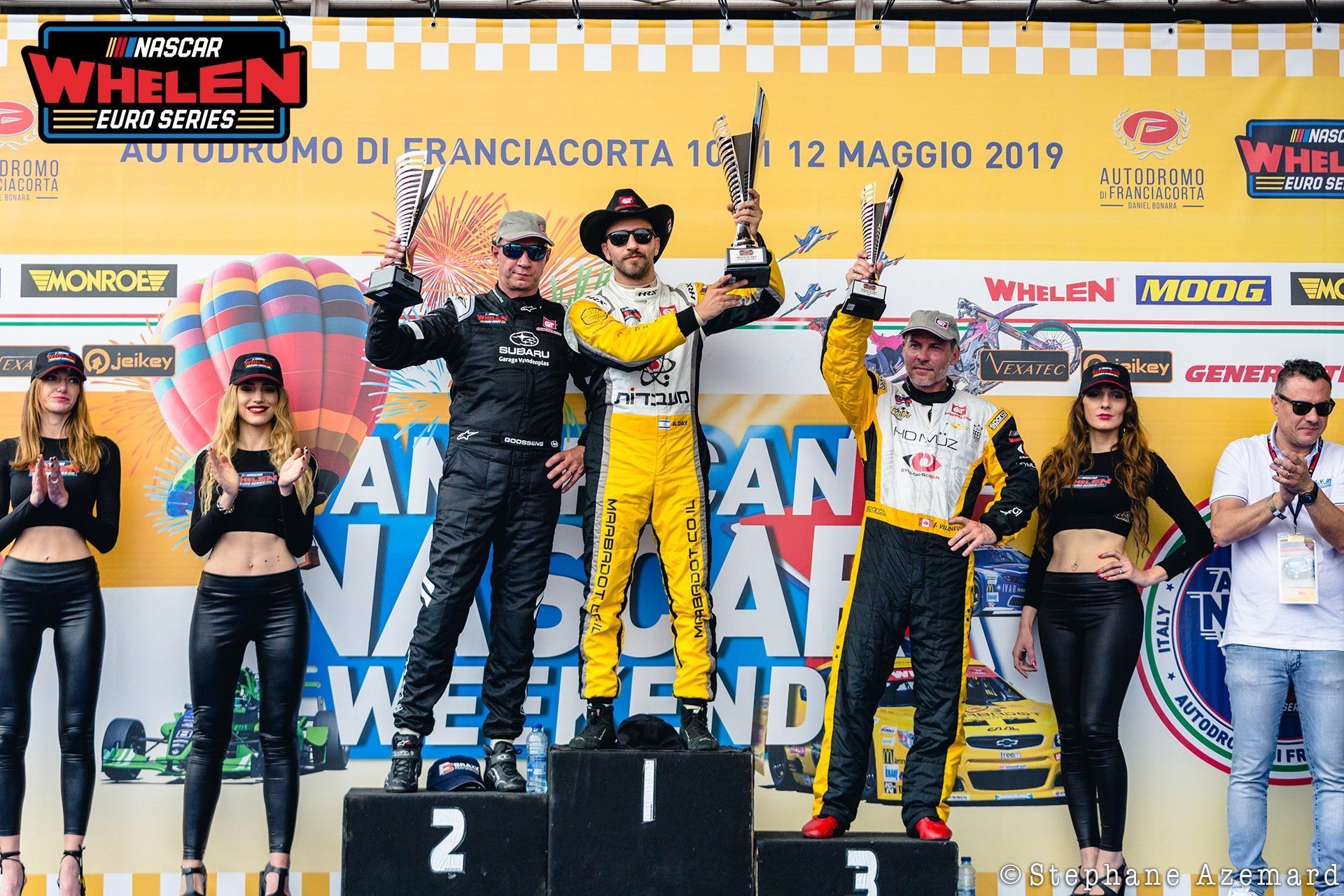 F1 champion Jacques Villeneuve scored his his first Euro NASCAR podium after a solid fight in Round 2 at Autodromo di Franciacorta, Castrezzato in Italy.

Coming off from his weekend in Sweden, competing in the Porsche Carrera Cup Scandinavia, Villeneuve showed pace immediately in the #32 Go Fas Racing’s Chevrolet Camaro, to be third in qualifying for Race 1 of the weekend.

He was only 0.123s off pole-sitter Alon Day’s time in the end. The Saturday’s Race 1 was pretty straightforward for the Canadian as neither he was able to challenge the rival ahead too much, nor he had to defend hard from behind to end up third where he started.

It was his first podium in the Euro NASCAR Elite 1 category though after finishing 11th and 25th in Round 1 at Valencia. “It was a physical race on that short track and it was fun,” said Villeneuve after the race. “The fastest lap is important for the grid for the second race.

“Unfortunately we were faster in the end of the race when the tyres weren’t fresh anymore. I was trying to get closer to Marc in case he made a mistake.” He clocked the fourth fastest time eventually to start Race 2 on Sunday from the second row of the grid.

It was more of a fight on Sunday as he battled hard with second-placed Loris Hezemans. Villeneuve made a good start to be third behind Hezemans. The duo also made contact with carbon fiber flying off their cars but Hezemans resisted every attack.

The former F1 champion had to eventually let go off Hezemans as he took his second podium of the weekend by finishing in third, again. “With Loris we had a really intense battle,” he said. “My car was really good in the corners.

“There was too much blocking going on. In the States he would have been in the wall in two corners. Apart from that, the racing was a lot of fun.” The good results helped Villeneuve to gain ground in the standings as he sits sixth with 106 to his name.