The organisers have decided to have a dedicated ‘Orange Grandstand’ for the Dutch F1 fans visiting the inaugural Vietnam GP in April.

With less than three months left for the first-ever Vietnam GP at the newly-built Hanoi F1 circuit, the organisers are in the stage to complete the track construction and welcome the fans, not only in the country but also in the multiple stands.

On Wednesday, they revealed the names of the nine grandstands, which they have named after the famous provinces of Vietnam. From north to south, they are Thang Long, Hai Phong, Ha Long, Hue Matrix One, Da Nang, Nha Trang, Saigon, Can Tho and Phu Quoc.

While no details has been released with regards to the number of tickets sold, the organisers have special arrangement for one community which have steadily increased in the last few years, that of the Netherlands, thanks to Max Verstappen.

Keeping that in mind, the Vietnam GP organisers will have an ‘Orange Grandstand’ dedicated to the Dutch F1 fans. It is Grandstand C26 based at Turn 2-3-4 – which is named as Ha Long, and has a seating capacity of 300 people.

To avail the benefits, fans have to buy tickets through the Private Sales Platform, where the first 100 customers will receive a free pitlane walk pass for Thursday, while all of the fans will receive an exclusively designed orange shirt and hat.

They have to use the code “OGS2020” when booking. The circuit, meanwhile, is coming up well and we have been witnessing photos and videos in plenty from Vietnam. The final ashpalt laying process started last week and should be done by this weekend.

On his visit last month, even FIA F1 Race Director Michael Masi, seemed happy with the progress made, as he inspected the new pit building as well the the track – including the changes, with regards to the width of the circuit and the new Turn 23.

“The progress is going well,” he said, at that time. “There is a lot to do but I think everything is coming along well with the group here. I have every confidence. My visit was just more to check in on how progress is going and I’m very happy.

“This is an exciting opportunity for Vietnam and Hanoi to showcase the region and the province and the country and what is coming together is you will have a world class facility on a global scale that the country should be very, very proud of.” 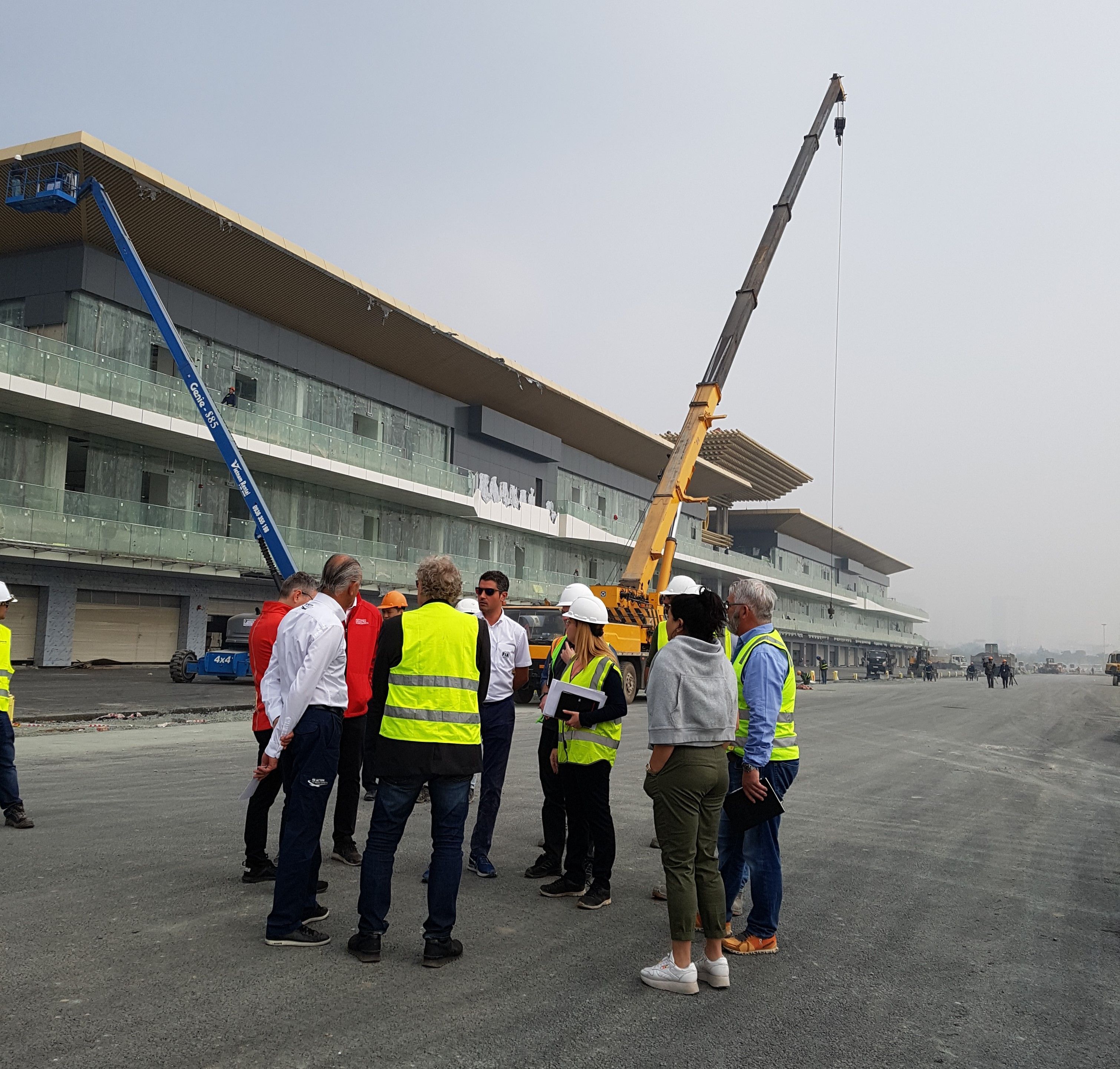 UPDATE: The Vietnam GP organisers announced the completion of three-story pit building on Thursday with photos of the same:

Delighted to confirm completion of the Hanoi Circuit Pit Building – a 300m long, 3-story structure overlooking the starting grid. It’s design is inspired by Hanoi's Imperial Citadel of Thang Long & Pavilion of the Constellation of Literature – the symbol of Hanoi. #VietnamGP pic.twitter.com/0UOM6VYRKq

Here’s the last update of Vietnam GP with video footage