Home F1 Video: Vettel makes it to fan’s proposal at Hungaroring after an invite 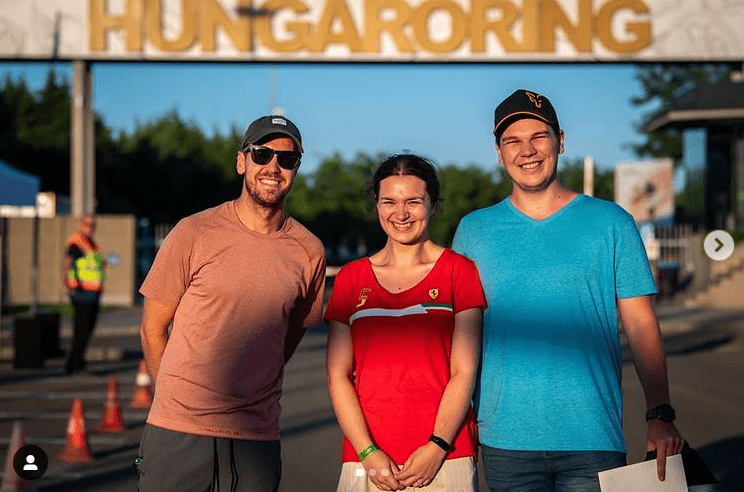 Not only Sebastian Vettel is vocal about the LGBTQ+ cause in F1 Hunagrian GP, but he also made to a fan’s proposal event at Hungaroring after his invite.

Since he moved to Aston Martin, Vettel appears to a certain degree to have got his mojo back. It is not like the halcyon days of his four World Titles at Red Bull, but there is a more human side to him. As things go just now, he is not challenging for race wins or Drivers titles anymore and maybe has accepted that for now.

After the British GP, images of him appeared on social media helping in the clear up and cleaning after the race had finished. This week, both Vettel and Lewis Hamilton have given vent to their feelings on another matter. This time regarding Hungary’s LGBTQ+ laws and policies, where the former is sporting the rainbow on his shoes and helmet.

“Everybody’s free to do what they want and exactly that I guess is the point,” said Vettel. “I find it embarrassing for a country that is in the European Union having to vote or having some laws like this. I just think we’ve had so many opportunities to learn in the past and I can’t understand why you’re struggling to see everybody should be free to do what they like, love who they like and it’s along the lines of ‘live and let live’.

“So it’s obviously not for us to make the law, that’s not our role, but I think just to express the support for obviously those that are affected by it.” This is not the only Vettel wooing with his goodness. Another story came to light in the ongoing Hungary F1 weekend.

Four years ago, two fans – Daniel Koronczi and Veronika Matyo -met at the race weekend and embarked on a relationship. The two Vettel fans are back for this year’s Hungarian GP, whereby Koronczi planned to propose to Matyo to marry him.

At Budapest International Airport, they happened to meet Vettel and Koronczi slipped an envelope into the hand of the German. His plan was to propose to his girlfriend at Hungaroring circuit, hoping that the German would be there to witness it on Thursday.

Even he reckoned it was a long shot, but you never know….as Murray walker used to say, “Anything can happen in Formula One and it usually does”. Aiming to give Vettel as much time as possible, Koronczi waited until the very last moment, in front of a small crowd of on-lookers, he eventually went down on one knee and proposed.

Matyo said yes, naturally, and to their surprise Vettel made it for the event, much to the surprise of everyone, even exclaiming that, ‘Wasn’t it about half past seven?’ After this, he gave them a hand-written note expressing his good wishes.

It shows a tremendous human side of F1 from a drivers perspective. For a driver to be successful, they have to be selfish and very self-centered and that’s just for starters. The fact that Vettel took the time out to attend this event as well as his Silverstone exploits and being vocal regarding Hungary’s LGBT policy speaks very loud volumes.

the story behind Seb witnessing the proposal at the hungaroring 😩😩 pic.twitter.com/WpOePxdx0r

Here’s the profile of Daniel: https://www.instagram.com/p/CR8sySltQht/

Well done & thank you Seb Vettel, brave & steadfast in your support of the #LGBTQ+ community of Hungary, literally walking the walk as well as talking the talk here in the Hungaroring paddock. #F1 #HungarianGP #WeRaceAsOne #LoveIsLove pic.twitter.com/mutV5Acv4S

Here’s Sebastian Vettel with his clean-up work at Silverstone