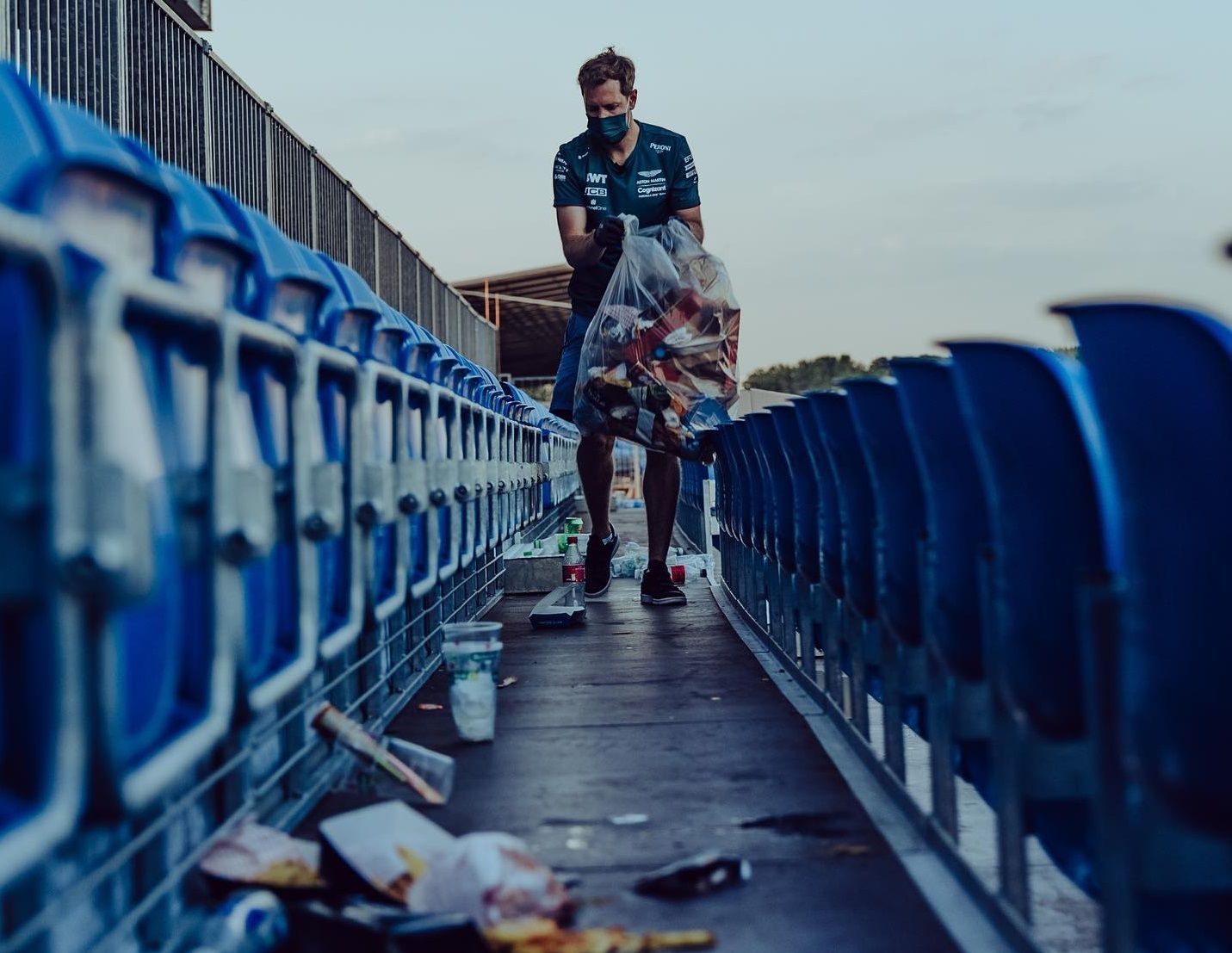 Sebastian Vettel was spotted cleaning up litter post F1 British GP, not letting it get in the way of a disappointing spin, as Lance Stroll ends his race weekend on a positive note.

After a steady rise in performance from Aston Martin, things didn’t go as per plans during the F1 British GP. On Lap 4 during the re-start, Vettel found himself at odds with his car, losing traction and spinning into the gravel after an intense battle with Fernando Alonso.

Even though the weekend seemed to be over for the German, the reality was in fact far from it, with Vettel organising and participating in a grandstand cleanup day, with few F1 fans. He got together with fans and picked up litter with a smile on his face.

He sure did “spin” the number of plastic bottles on the ground upside down. Vettel has been an advocate of removing one-use plastic and has multiple times removed cups from media pen. The disappointing end to the grand prix did not hinder his post-race plans.

“The weekend was looking promising, and, without all the problems, I should have finished well inside the points,” said Vettel. “I am very disappointed to lose the car in a wheel-to-wheel battle with Fernando. I am not sure exactly what happened, but I misjudged it, lost grip, and spun.

“I think being in the train of cars I lost the rear and then it obviously led into a spin which destroyed our race.” The spin did not result in a crash, although the team had to retire the car later on, with an engine overheating trouble. He never recovered from the spin too.

“In the end we did not finish the race because the team retired the car with a cooling issue,” said Vettel. Th issue could have been due to the spin, due to either gravel or excess engine revs. Whatever the case may have been, the race weekend for the German certainly ended quicker than anticipated.

Aston Martin, though, did not leave Silverstone without any points. Stroll came home with points finish, ending the race in eighth place. He felt good about the weekend, stating that due to the challenge the new format faced, the optimal performance was not entirely possible. His two starts were on point as he mostly gained places there.

It was a nice recovery from Stroll, who did not start the weekend well. “I am really happy with my race because we were able to turn around a tricky start to the weekend by finishing in P8 and scoring four points,” he said. “We have been working to find the right car balance and we had a breakthrough, which is a great credit to the team and all the effort everyone has put in.

“The key to the race was making two strong starts either side of the red flag, where we gained several places each time. The strategies were quite similar for the whole grid, making overtaking trickier, but those starts set us up for a good race. The new format has been a challenge for everyone this weekend, but I think there are positives, and we can learn how to maximize the other events with Sprints,” summed up Stroll.

Its safe to say that Aston Martin brought home a decent weekend as it remains in a close fight for fifth against AlphaTauri and Alpine. The spin from Vettel did hinder their performance, although Stroll fought hard to bring his car to a points finish.

Here’s some photos from Sebastian Vettel cleaning up the stands: 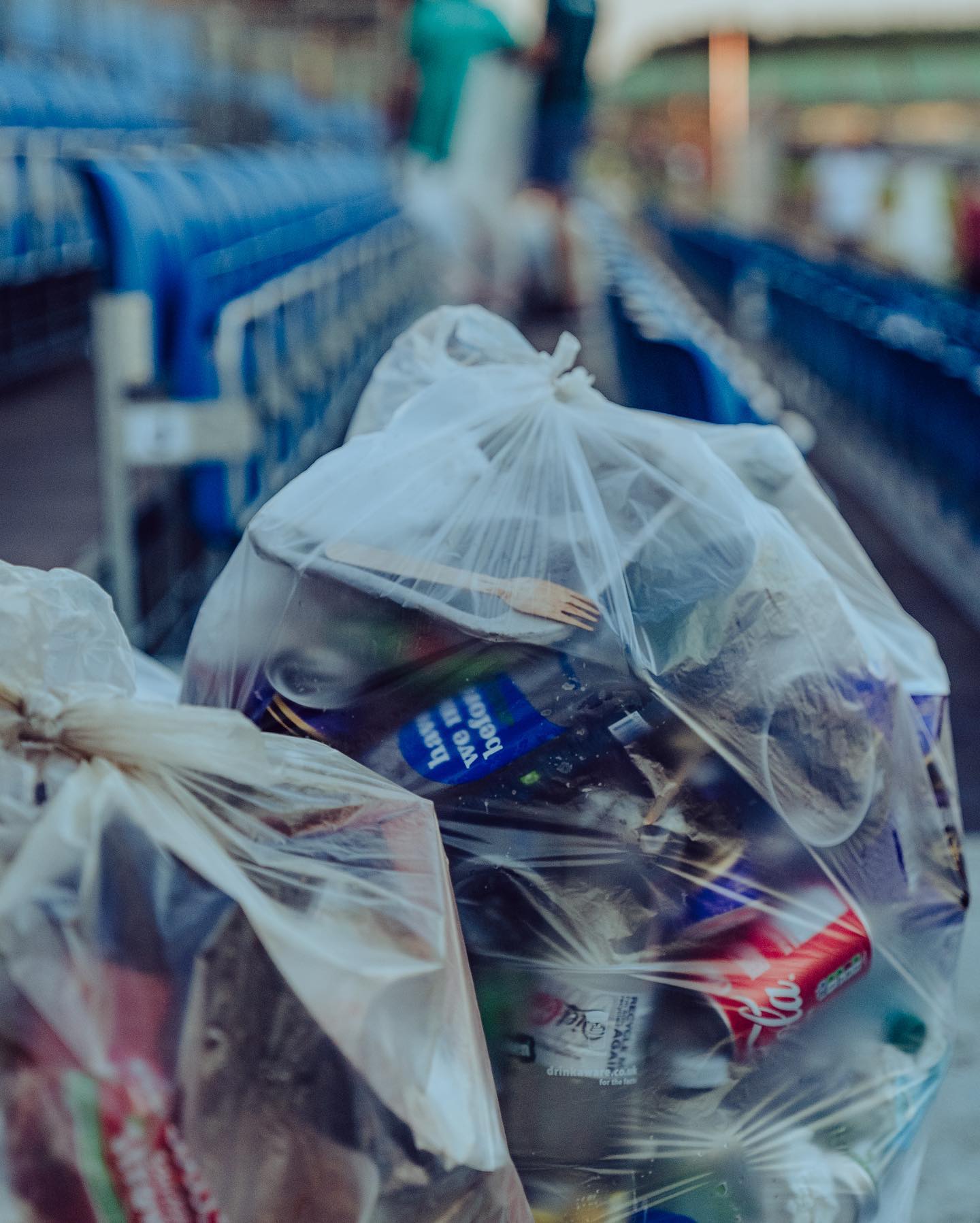 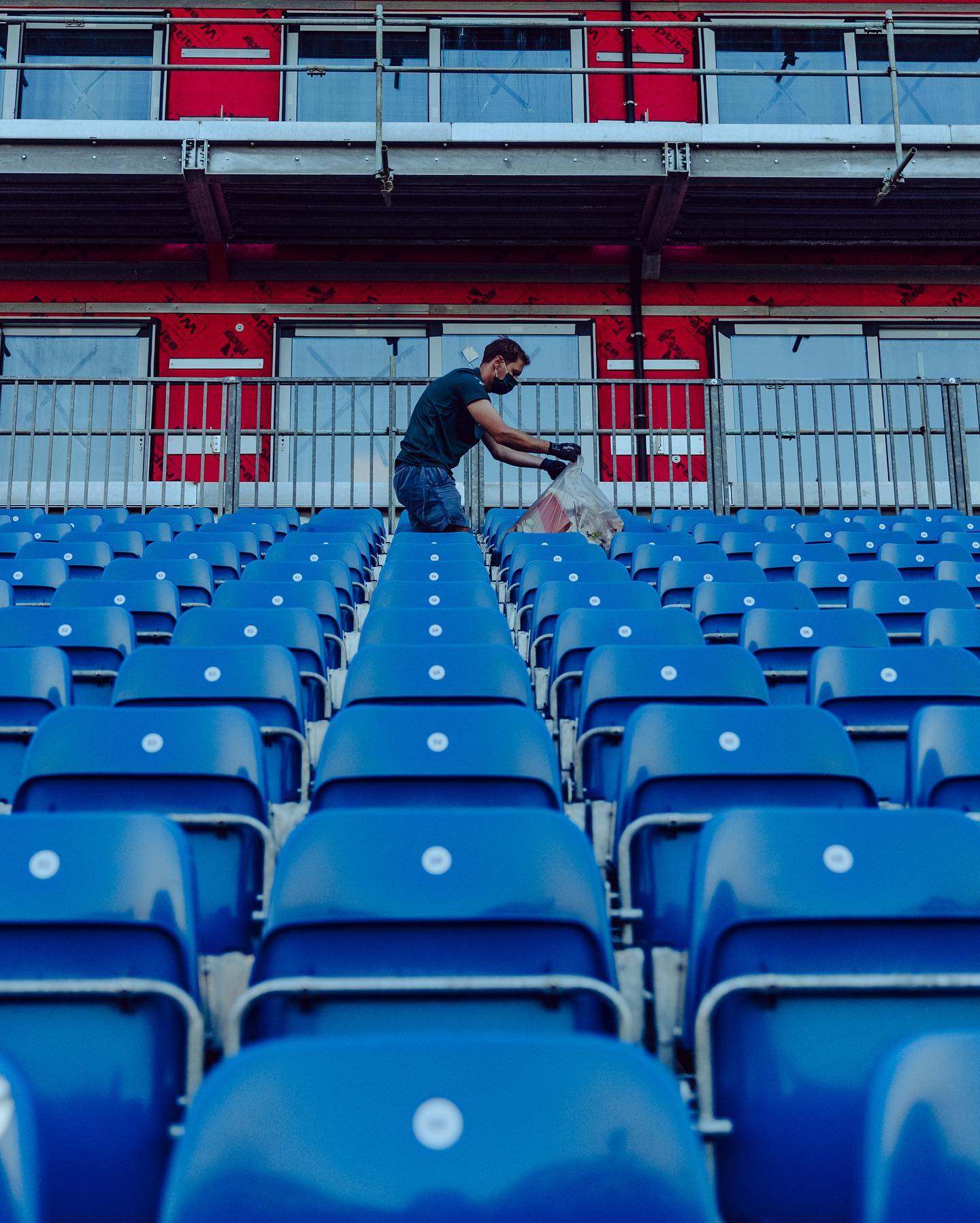 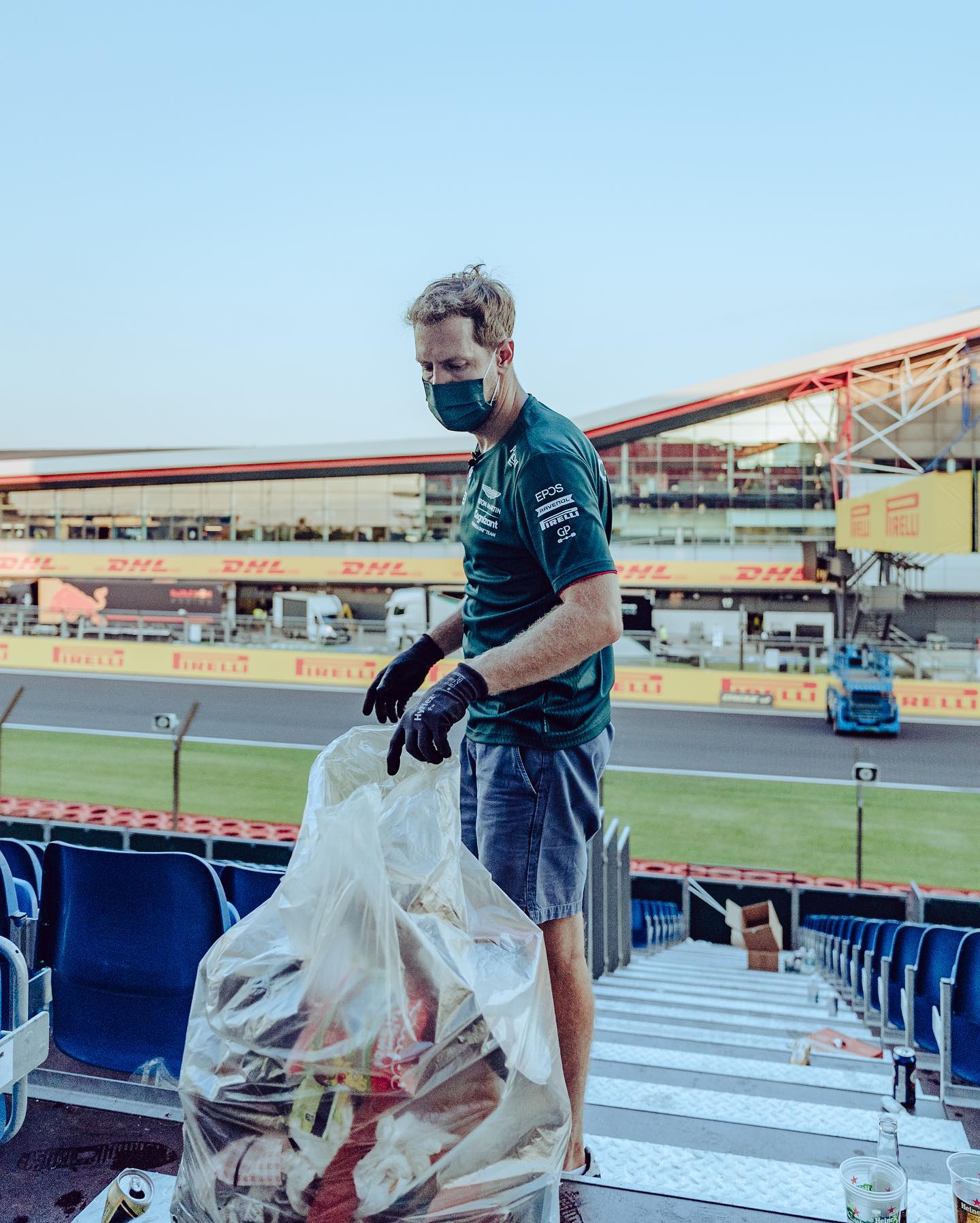 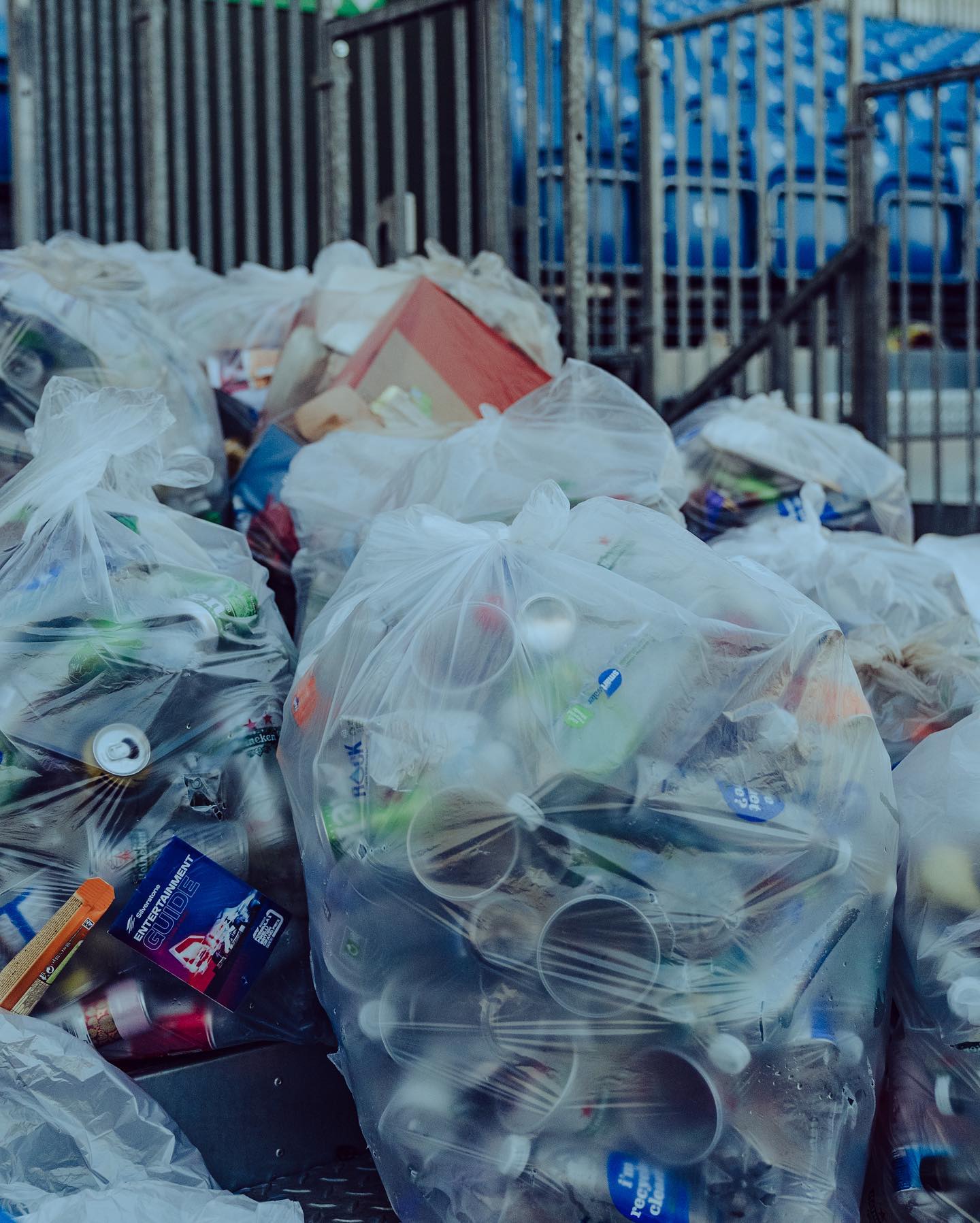 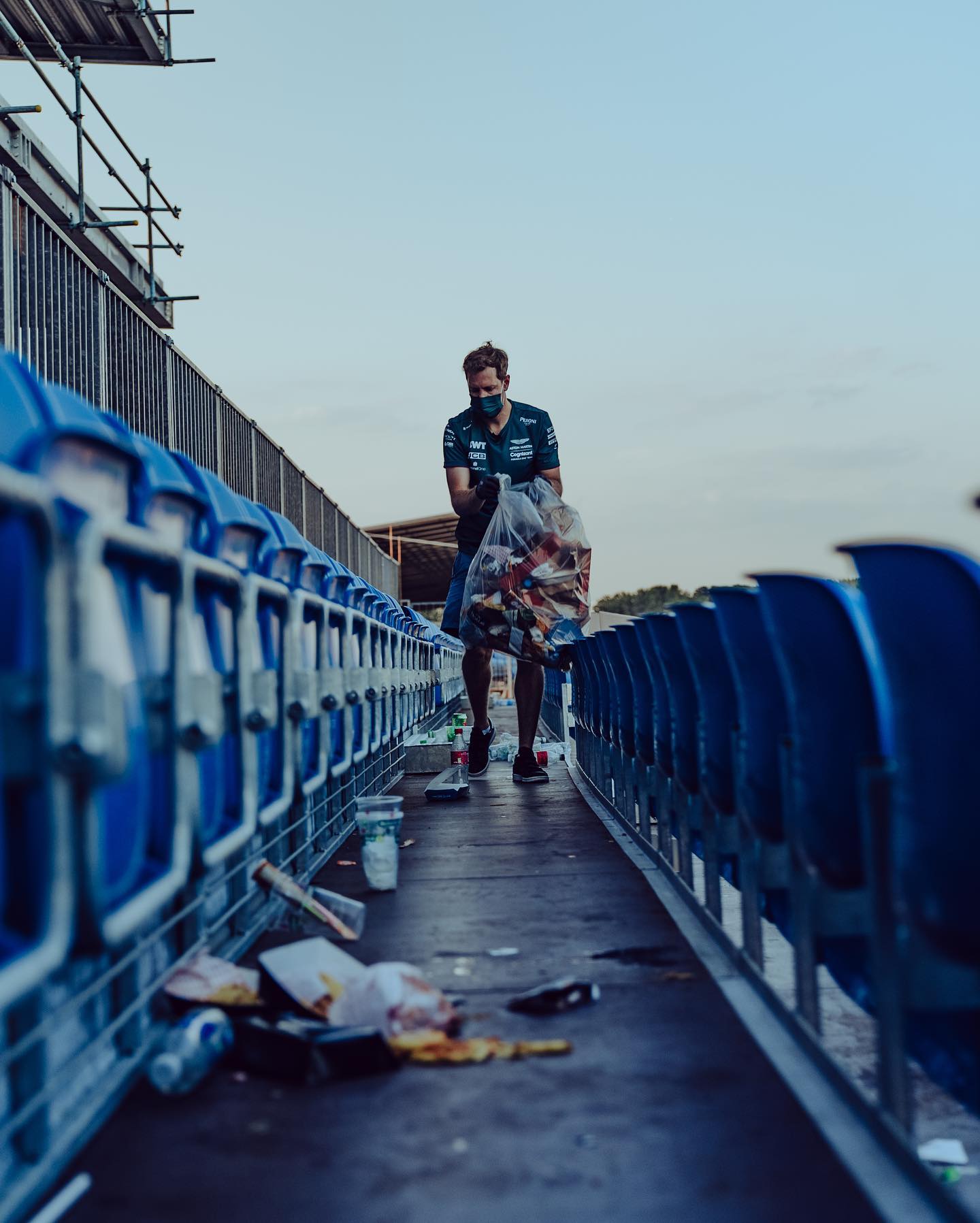 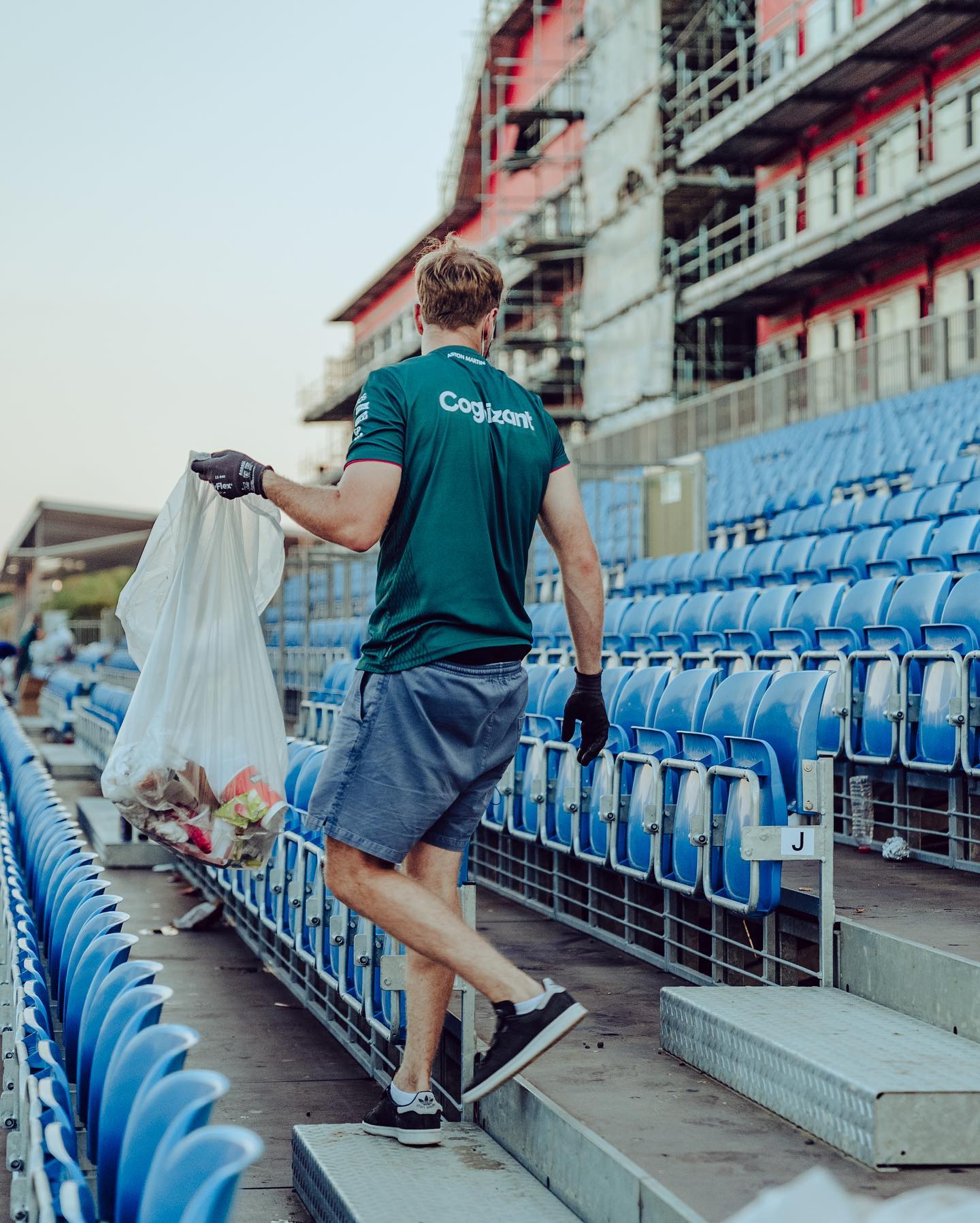 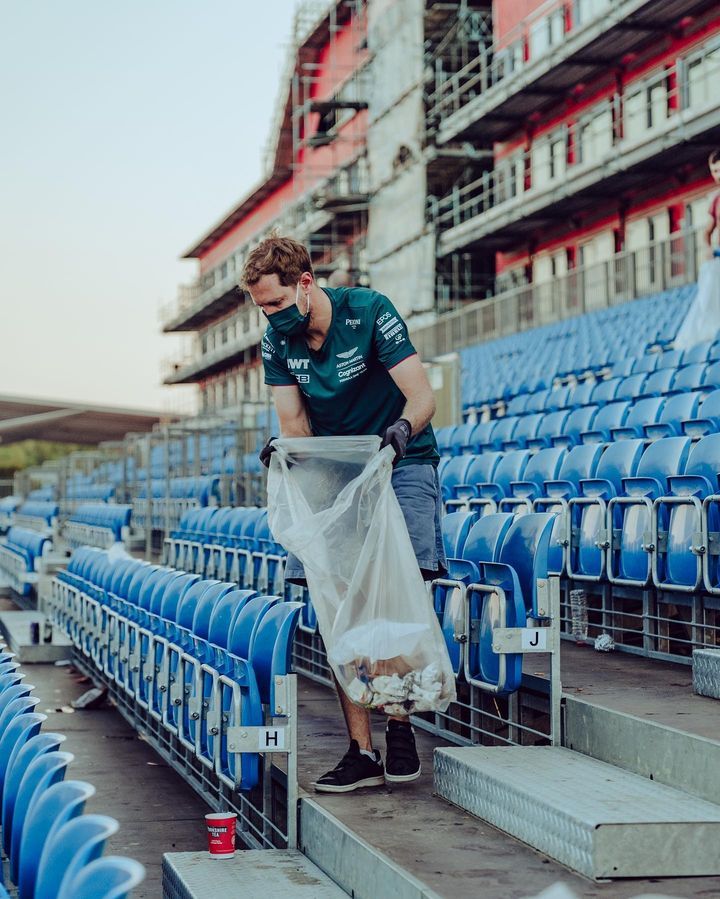 So while the F1 Twitter experts throw the usual bitter remarks to what was without doubt an outstanding weekend Seb just leads the way on how to behave… #f1 #silverstone pic.twitter.com/pcbIFPiYxs