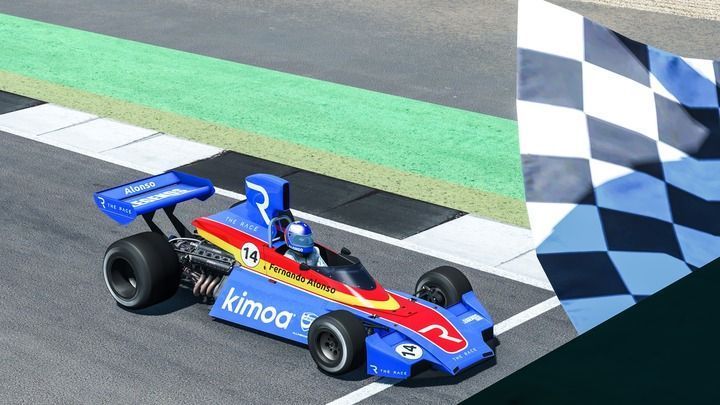 Formula E had its sixth round in the Race at Home Challenge with Stoffel Vandoorne winning as All-Star ESports Series continued with Fernando Alonso winning again as Jenson Button got the title.

The sixth Formula E Race at Home Challenge ESports round took place at New York’s circuit. As in other rounds, they had two races, where one was the Challenge Grid with a mix of ESports racers and real racers along with some Youtube personalities.

The other one was the actual Formula E drivers as they used the rFactor 2 game. The Challenge Grid saw BMW Andretti’s Kevin Siggy on pole as he led the way for the most part to win from Nissan’s Jan von der Hyde and Jaguar Racing’s Joshua Rogers.

Vandoorne led the way as Gunther dropped to the back of the grid after a collision with Jani, who was second. DS Techeetah’s Antonio Felix da Costa gained places to third with Nissan’s Oliver Rowland and Wehrlein covering the Top 5.

It was a dominant run from Vandoorne to score his first Formula E Race at Home Challenge win as Wehrlein fought back to be second after he defended from Rowland and Jani in a feisty fight, where the latter dropped to fifth eventually.

Da Costa was fourth with Jaguar’s Mitch Evans sixth ahead of teammate James Calado. The rest of the Top 10 was completed by Nissan’s Sebastien Buemi in eighth, NIO’s Oliver Turvey and Porsche’s Andre Lotterer.

Here’s where you can watch the ESports race in full: https://www.youtube.com/watch?v=hrzlpTBLyec

Returning to normalcy after an Indy 500 special, the All-Star ESports Battle was back on Saturday with virtual racing at a digitized Silverstone for the very last race in the second iteration of the championship.

Kicking off the festivities was the Pro drivers race in the Formula Race cars, with dominant driver of that faction, Esteban Gutierrez starting in the favorable slot in the front row. Ultimately, the Mercedes driver won the race, leading home a Mercedes 1-2, with Vandoorne trailing close behind.

Nicki Thiim came fourth, ahead of Charlie Eastwood and Canapino. Once these results were realized, the sim racer’s had their chance to shine in their race, in which Gergo Baldi started on pole position, but failed to replicate the same result in the race itself.

Instead, Yuri Kasdorp won the race, with Baldi second and Simoncic third. Bono Huis and Lucas Blakeley came home in fourth and fifth. Next up was Legends Trophy ESports race, in which none other than Alonso started on pole position for the race.

Immediately, the Spaniard marched away with the lead, and despite an error that saw him attempt to drive through the modern third sector, he won the race with dominance. Fellow former F1 racer Jenson Button came second, to secure his championship win, as Jan Magnussen was third, leading home Juan Pablo Montoya and Emmanuele Pirro.

After this came the reverse grid races, the first of which had Daniel Rowbottom on pole position. Throughout the race, the pendulum swung from Aston Martin to Mercedes, and in what was a chaotic title decider, the British manufacturer won the fight thanks to a crash promoting Thiim into the top ten on the final lap.

The race was won by Seb Priaulx, who led Job Van Uitert and Sebastien Montoya. Tom Ingram and Smith occupied fourth and fifth. Once this concluded, it was time for the final sim racers event in a reversed-grid race that saw Kamil Pawlowski lead from lights-to-flag, but all the attention was on the championship fight – that Huis ultimately won.

Petar Brljak came second, and Siggy, third. Zbigniew Siara and Liam De Waal rounded out the top five, which led into the reverse-grid Legends race, in which Michel Jourdain started on pole, but was quickly caught and hit into a spin by Alonso, who went on to win, leading Dario Franchitti to the line to win his fourth consecutive legends race. Meanwhile, Montoya came third, leading Servia and Jourdain as Button was crowned the champion.