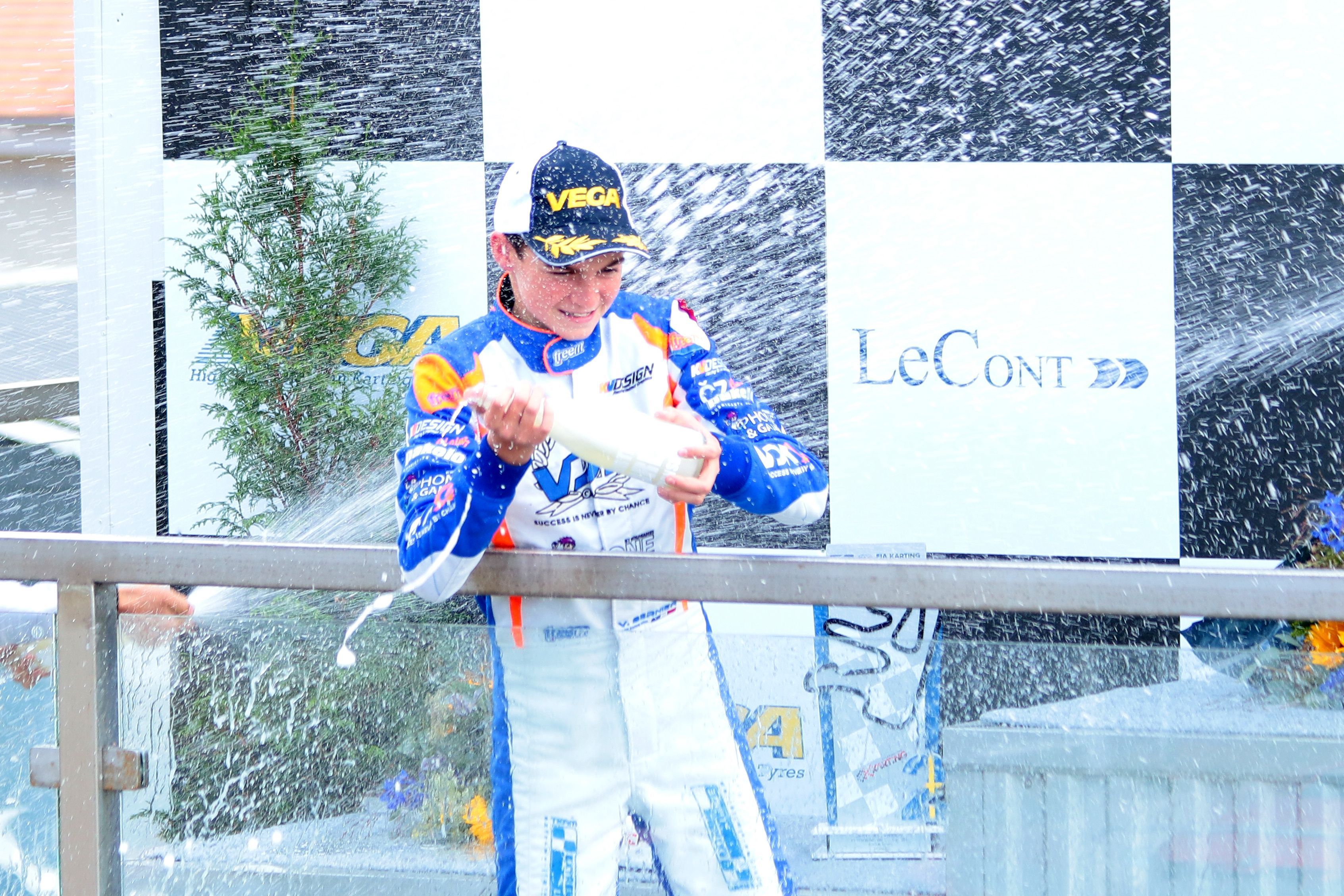 KRISTIANSTAD (SWEDEN) – Frenchman Victor Bernier has been crowned as the 2018 FIA Junior Karting World Champion at Kristianstad (Sweden) after a great race management and pace that allowed him to win by a confortable gap.

At the start of the final, Taylor Barnard from Nico Rosberg Racing Team opened a little gap ahead of Ricky Flynn Motorsport driver Kai Askey, who took second position after overtaking Dino Beganovic (Ward Racing). Victor Bernier was in fourth place, followed by Parolin’s Gabriele Mini in fifth at the end of lap 1.

During the first laps, Barnard increased his gap on Askey. Later on, Askey was overtaken by Bernier and Mini. Precisely, the French and the Italian had just passed Beganovic in the second lap.

Halfway through the race, Bernier caught Barnard for championship position. During one lap, they raced side-by-side, but finally the Frenchman got the race lead. Behind them, CRG’s of Gabriel Bortoleto passed Beganovic in a very close maneuvre at the last corner. This move helped the Brazilian jump into fourth place.

After some peaceful laps, Bortoleto also overtook Mini and Barnard. The Brazilian went from 5th to 2nd in only two laps. Mini took advantatge of his last move and also passed Barnard. Rosberg’s driver tried to recover the position but the Italian won the battle. Barnard kept this position until the checkered flag.

With two laps remaining, Bernier earned a good gap to secure the title, so the hot point of the race was the battle for second between Bortoleto and Mini. The Italian overtook the Brazilian and he could defend his position until the end of the race from Bortoleto’s attacks.

In the last lap, Ward Racing’s Kirill Smal managed to beat Marcus Amand, from Kart Republic, to end the race, closing the top 5 after starting from 15th place.