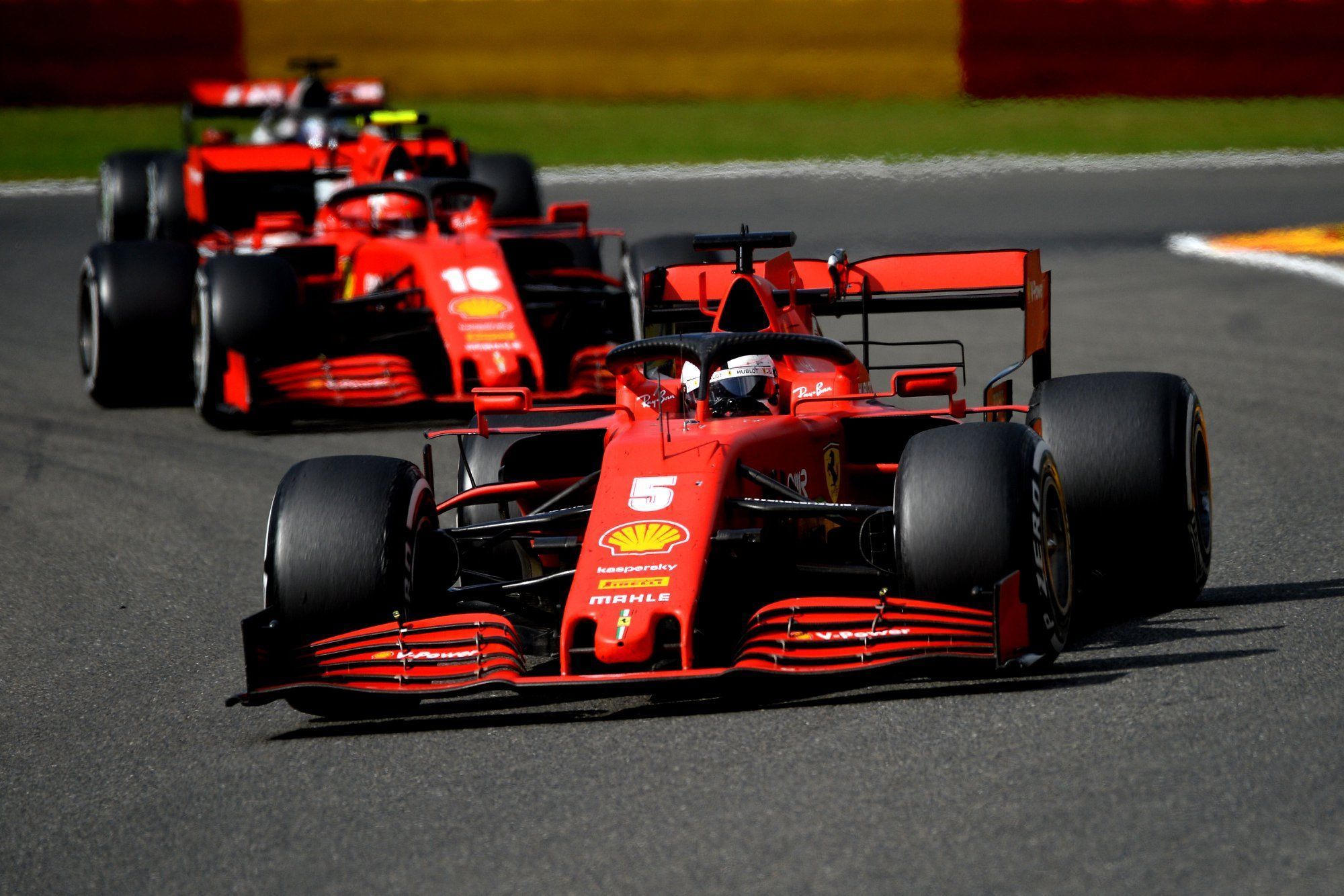 Sebastian Vettel hopes the extreme struggle for Ferrari in F1 Belgian GP was more Spa specific as Mattia Binotto gets a bit philosophical with the issues.

In recent F1 history, one would be hard-pressed to find a Grand Prix during which Ferrari had a worse result than in Spa bred by lacking pace alone, such have been their struggles thus far in the tumultuous 2020 season for the Italian marque.

The team, expected to perform below standard, finished 13th and 14th in the race, much to the disappointment of fans, who faced the harsh reality that a year – compounded by a pointed technical directive – can truly make all the difference.

Vettel, who narrowly edged out his teammate, hoped that the extent to which their issues affected them was exacerbated by the characteristics of Spa, which caters to those with higher power, to whom Ferrari would only generously be compared.

Vettel also alluded to a mystery disadvantage besides that of a poorer engine, which could perhaps be put down to some strategy blunders, and a more draggy set-up. The German tried to drive around the issues but the end result was the same.

“We know Spa is one of a power sensitive tracks, we struggled this year when it comes to power, so naturally, you would expect to fall a bit behind,” said Vettel. “But the other one is that we were even behind the people that we were quite a bit fast, especially on race day, speaking of Alfa Romeo and Haas.

“There is something that is not exactly clear, I hope it to be a bit Spa specific, but we have to work hard, there are a lot of lessons this week, we need to make sure, we stay strong and together. We have two important races to come in the next two weeks, that’s where we focus on, but you have to be realistic and you cannot expect miracles because the package is what it is.

“We are not strong as we would like to be, so we need to stay optimistic and see the good things even if there aren’t many. I tried a lot of things in the race to drive around the car with problems but the underline factor is that we were not quick enough and that way, you cannot do miracles. You can work few tenths but not much as it was difficult to have decent pace this weekend,” summed up Vettel.

Of the challenging race, Leclerc added that poor pitstops and difficulty overtaking compounded his issues, as he, too, referenced a disadvantage greater than that brought on by the sub-par PU. Ferrari tried a different strategy with the Monegasque but to no avail as he ended up behind Vettel after a brief fight between the two.

“It was extremely frustrating,” said Leclerc. “It has been a very difficult weekend and the race was not any easier, we had issues in the two pit stops that we made, which made me lose quite a lot of laptimes and position. I tried to cut back but it is very difficult to overtake, even with DRS.

“As for the pit stop, the only thing is that I wanted a clarification because at that moment of the race I needed to know whether it Plan A or plan B or Plan C, because these were two different plans. But the team was obviously looking at it, and I think I had the answer on which plan we would go on, so yeah, that was on my side no problems on that.”

Team boss Binotto, meanwhile, was more philosophical as he assured that Ferrari are not in crisis, but rather weathering a storm. And, while he acknowledged that the result achieved was a disappointment, he looked to the future with relative confidence. “I think it is wrong to bother the word crisis for the moment we are going through,” he said.

“Certainly this is a very bad result within the difficult season that we are playing, we knew it, we saw it with the winter test, then came the freezing and the impossibility to develop the car. We know, we have to keep our teeth tight, we know we are building for the future. We are in the middle of a storm, there is no doubt about it.

“We are not in a crisis, we are in the middle of a storm, as I said. We know our course and we must try to maintain it by continuing to look ahead, to the future. It is clear, the result is very disappointing, there is little to say. How we started, we arrived, but since qualifying we had already seen how much effort we could have made.

“This is a track that requires power and aerodynamic efficiency and it is useless to hide behind a finger: at the moment we are missing both. As for the pit stops, it was more a strategic decision. The reason is Leclerc and Vettel were behind so we tried something different because at the end of the race eventually there could have been an opportunity. We split the two cars to different strategies,” summed up Binotto.