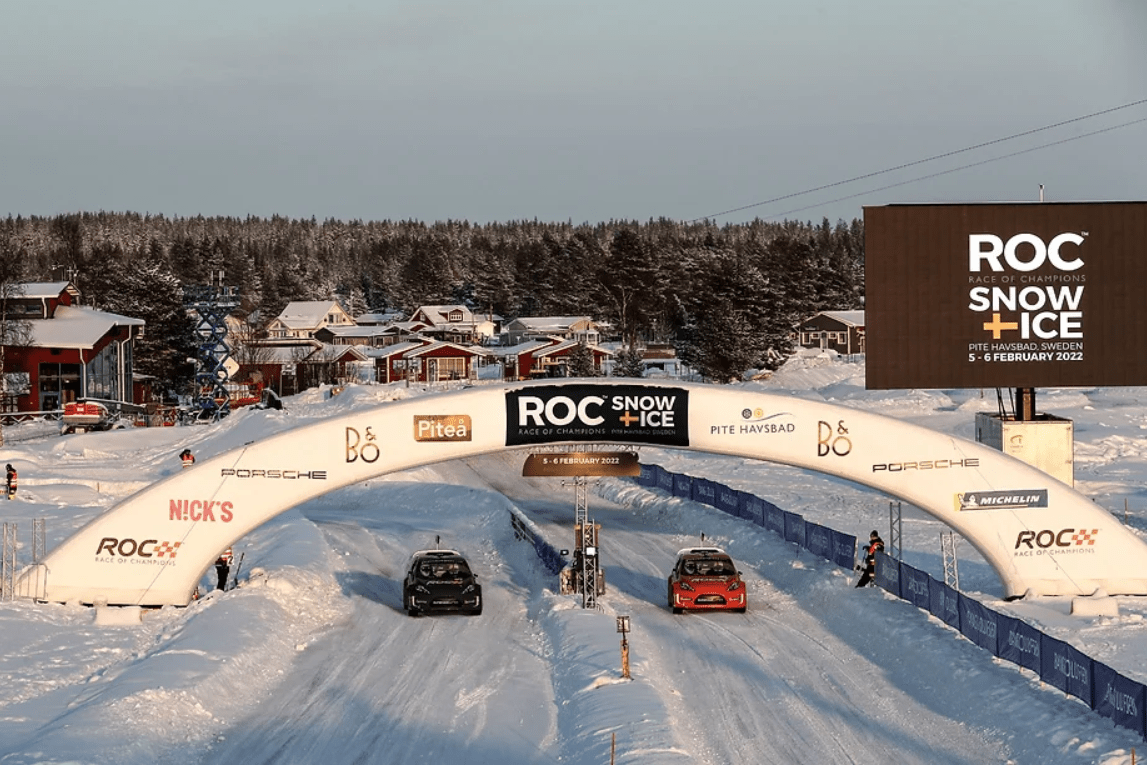 Sebastian Vettel, Mika Hakkinen are part of the names announced for 2023 Race of Champions by the organisers, to be held in Sweden again.

The Race Of Champions (ROC) will make a return to the snow and ice of Sweden’s Pite Havsbad on January 28-29, 2023 – following the success of this year’s event at this stunning venue on the frozen Baltic Sea, just 60 miles from the Arctic Circle. ROC is a unique festival of global motorsport where stars from series including F1, NASCAR, IndyCar, Le Mans, World Rally and Rally X battle head-to-head in identical cars, with the winner decided by driver skill alone – often by fractions of a second.

With a history dating back to 1988, the Race Of Champions has been held at some of the world’s greatest venues – including Beijing’s Bird’s Nest Olympic Stadium, Stade de France in Paris, Wembley Stadium, London’s Olympic Stadium, Mexico City’s Foro Sol plus a wide range of exotic locations all over the globe from Bangkok to Miami to Riyadh to Barbados. This year at Pite Havsbad was the first time the Race Of Champions has ever been held on snow and ice, and now it will return to Sweden for an encore – with the action taking place on a purpose-built parallel track featuring ROC’s iconic crossover bridge.

The Race Of Champions is run over two days: first comes the ROC Nations Cup (on Saturday January 28, 1200-1500 local time) when drivers pair up in teams based on nationality to bid for the title of ‘World’s Fastest Nation’. Then on Sunday January 29, 1200-1500 local time, it’s time for the Race Of Champions itself, when all teamwork goes out of the window and it will be a flat-out battle for individual glory.

The event enjoys a rich record of attracting superstars and all-time greats from every corner of global motorsport, and the first drivers to have signed up for ROC Sweden prove the 2023 race will be no exception. Multiple Formula 1 World Champions Sebastian Vettel – record seven-time ROC Nations Cup winner for Team Germany and this year’s individual runner-up – and Mika Hakkinen will show off their icy skills. But they will have to race a host of stars who might feel more at home on the snow, such as four-time FIA World Rallycross Champion and Extreme E Champion Johan Kristoffersson, who will be one of the main hopes for the home Swedish crowd.

Vettel said: “I can’t think of a better place for my first race after I retire from Formula 1 than the Race Of Champions. This will be my 11th appearance, and I keep coming back because it’s a special event, and so much fun. I don’t have much experience of racing on snow and ice so it made for a steep learning curve in Sweden earlier this year – and a very pleasant surprise to reach the individual final against Sébastien Loeb. Now I can’t wait to come back and give ROC-style ice racing another try and hopefully help Team Germany win another ROC Nations Cup title.”

Hakkinen added: “I made my first appearance at the Race Of Champions earlier this year and I’m delighted to be coming back again. This event has a great atmosphere, it’s fantastic to meet up with so many great drivers and everyone in the organisation does a great job. I’ve done the Arctic Rally a few times, so I have at least driven on ice before. Here’s hoping that can help me out this time…”

ROC President Fredrik Johnsson said: “After taking the Race Of Champions all over the world, it’s been an honour to bring the event to my home country of Sweden, and now we can’t wait to come back. Pite Havsbad is a stunning venue and it’s such a privilege to watch some of the world’s best drivers battle on the snow and ice of the frozen Baltic Sea. Can a Swedish driver use the energy from their home crowd to find the fractions of a second that so often make the difference in a ROC head-to-head? If you’re into non-stop action and excitement you can be there to find out…”

The Chairman of Pite Havsbad Group Tobias Lindfors added: “It feels great to welcome both drivers and the audience back to Race Of Champions at Pite Havsbad. Last year we got to create an unique event with motorsport superstars and a devoted audience. It’s going to be two exciting days and a popular event in January.”