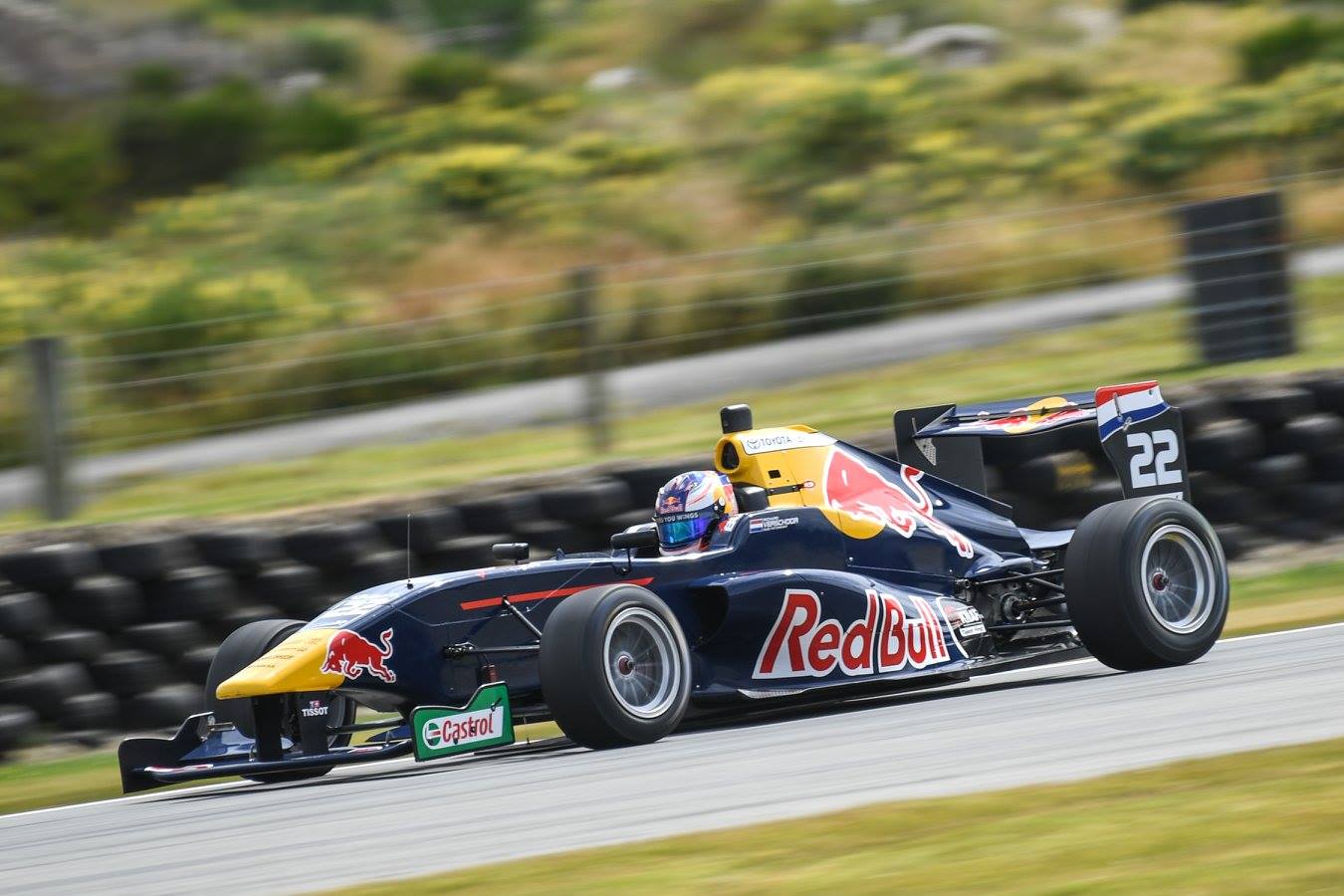 Thomas Randle from Melbourne took a lights to flag victory in the opening race of the Castrol Toyota Racing Series at Teretonga Park, Invercargill this afternoon, only to be penalised 10 seconds for jumping the start.

“Richard got a better start than me so I can’t see how I jumped the start,” said Randle who just managed to hold the inside line through the first corner and with stand Verschoor’s attack.

Leitch also thought he was in the clear, after initially being under investigation as well. “The car crept a little bit,” he admitted. “The clutch was getting pretty hot. But I was still in the start box when the lights went green.”

For the 15 laps the three raced nose to tail. “After the start I couldn’t get close enough,” said Verschoor. “There was too much dirty air coming off Randle’s car to get close enough.”

The elevated win has cemented the Dutch teenager’s lead in the series, with two more races on Sunday.

“We’ve had good pace all weekend,” said Leitch who also drives for the same team as Randle. “Thomas drove a great race.”

The top drivers raced nose to tail for all 15 laps, while most of the action came back in the field, where Marcus Armstrong from Christchurch who won the first race of the series at Ruapuna last weekend made up two places after starting well down the field to finish 11th.

Taylor Cockerton (Pukekohe) spent most of the race endeavouring to get past Jehan Daruvala (India) after making up three places on the opening lap. His efforts to go around the outside of Daruvala through the 180 km/h first corner showed plenty of bravery, but weren’t quite sufficient.