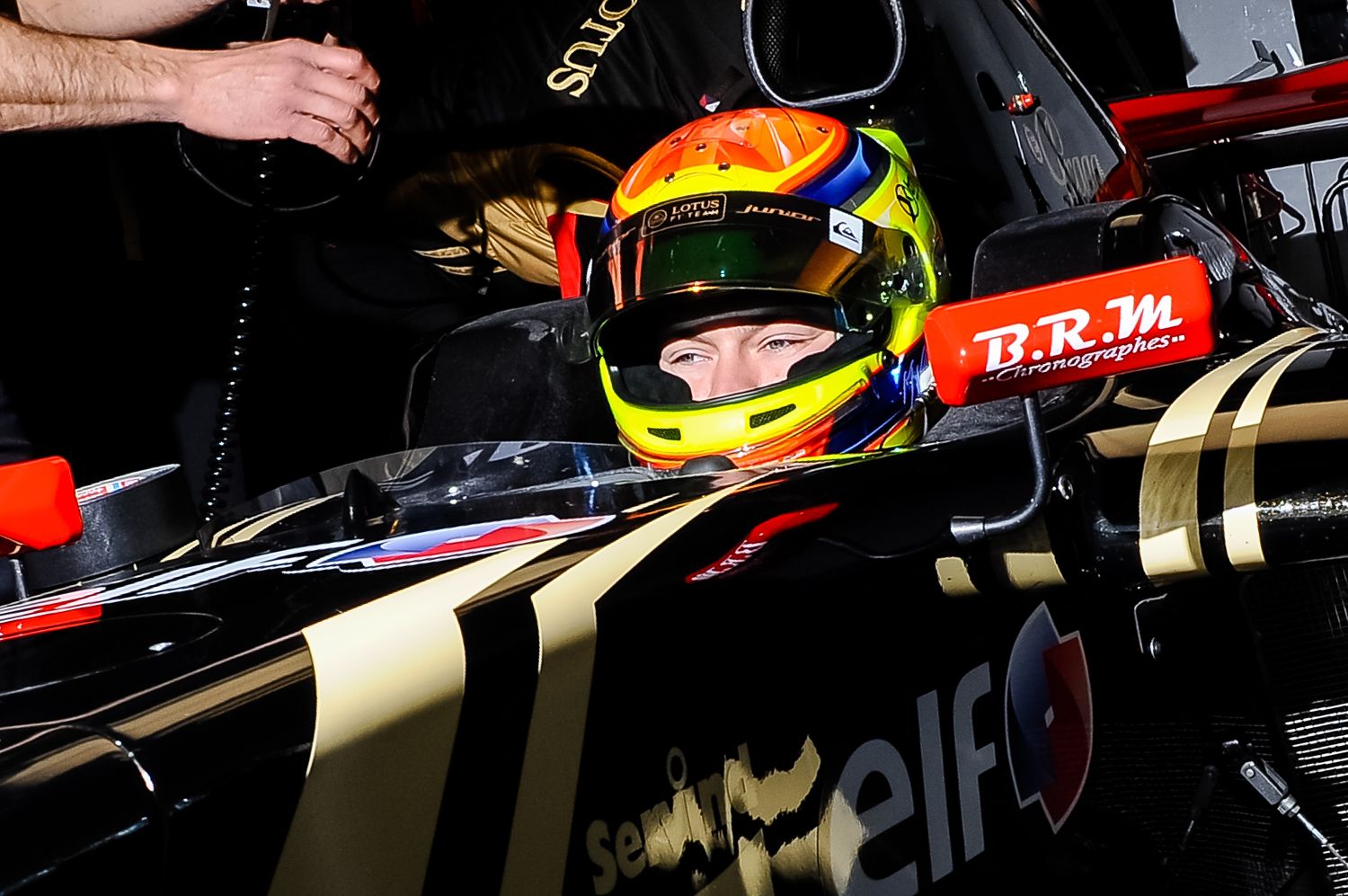 The final day of the Formula Renault 3.5 Series collective tests turned to the advantage of Matthieu Vaxiviere (Lotus). On the Motorland Aragón circuit, the Lotus F1 Junior Team driver set best time of the day at 1:40.662 to lead the way from Tio Ellinas (Strakka Racing) and Racing Steps Foundation protégé, Oliver Rowland (Fortec Motorsports). In the afternoon, Red Bull Junior Team driver, Dean Stoneman (DAMS) was quickest in what was the last pre-season session, ending the string of four sessions dominated by Matthieu Vaxiviere.

There were two notable changes for the final collective test on the track that will kick off the World Series by Renault season. Facu Regalia replaced Roman Mavlanov at Zeta Corse, while Sean Gelael (Jagonya Ayam with Carlin) had to return to London for exams. The low-downforce aerodynamic configuration for the rear wing was mandatory in order to complete preparations for the regulation that will be in effect during collective test 2, the first qualifying session and race 1.

After setting fast time yesterday, Matthieu Vaxiviere was first to set a timed lap. Tom Dillmann (Jagonya Ayam with Carlin) and Oliver Rowland then led before the Lotus F1 Junior Team driver retook the top spot. His countryman answered back, but following Facundo Regalia’s stop on the track, Matthieu Vaxiviere improved to 1:40.662. This performance allowed the Frenchman to finish ahead of Tio Ellinas, Oliver Rowland, Beitske Visser (AVF) and Jazeman Jaafar (Fortec Motorsports) at the end of the morning session, which concluded with standing start simulations.

During an afternoon marked by strong winds and a lot of pit stop practice, Tom Dillmann quickly moved to the top of the order dislodging Meindert van Buuren (Lotus). At the mid-way point of the session, Matthieu Vaxiviere went on to the circuit and lowered the best time. The rhythm accelerated in the final minutes with Dean Stoneman stopping the clock in 1:41.273. The Red Bull Junior Team driver led from Matthieu Vaxiviere, Oliver Rowland and Jazeman Jaafar and 2014 Eurocup Formula Renault 2.0 winner, Nyck de Vries (DAMS).

“For sure it would have been good to continue my streak, but I was out of new tyres for the last session. To put in such a time a best time in the afternoon is all the same excellent. We’ve done a good job with the car, and everything went well this morning. Beyond that, testing remains relative, we now have to see how it goes in the races. The track was faster today and the low-downforce is special. It is a new challenge, that offers a very different feeling from high-downforce and it is nice to drive in these conditions.”

“It was a good day, we found quite a bit of time in modifying the car and set-up. Yesterday was just my second day on this track and everything was new this morning! I had to adapt to some new technics and the result coming from my driving changes and the set-ups are heading in the right direction. Honestly, I enjoy the low-downforce! It is a new challenge and it will be interesting for the race next month!”

“I am satisfied with the pre-season tests and I am rather happy with the progress made this afternoon. We‘ve made some good steps forward. Today was a bit up-and-down with the wind and the brakes were a little troublesome, but we found a solution. I like it when a car has as much downforce as possible, so I prefer the high-downforce set-up. Anyway, we have to deal with it and that will add to the challenge!”