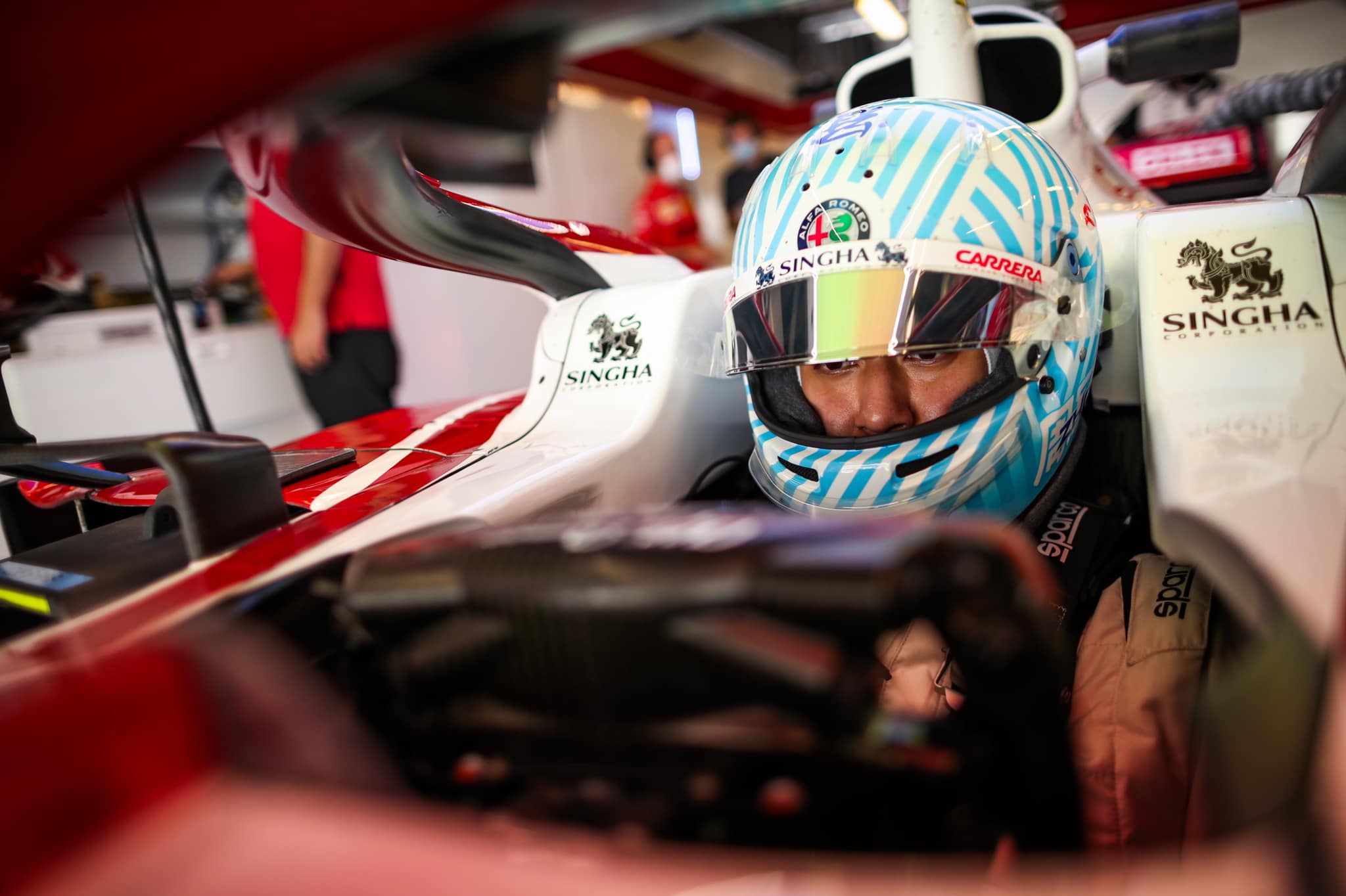 The 2022 season will see Zhou join the F1 fraternity with Alfa Romeo. It is a good move for him and one which has maybe surprised a lot of people or perhaps not. He finished third in last season of F2 albeit a fair distance behind champion Oscar Piastri but he definitely has something to give to the team.

His progression to F1 was questioned especially with Piastri on the sidelines – even though Zhou does have the required superlicense points. The Australian’s links with Alpine made it difficult considering that the French manufacturer didn’t wish to loan him and also Alfa Romeo did not have the budget to take him in on loan.

We all know that F1 is driven by sponsorship and it is no secret that the Chinese debutant is bringing significant backing to Alfa Romeo, but while some people are saying “I told you so”, he has done a good job in F2. He has a good track record and that of course always helps so perhaps he is not just a pay driver.

Vasseur – who has spent good time working with junior drivers – notes that performance is always the first criteria and Zhou is being underestimated in this regard. “The first criteria is the performance of the team,” he said. “It means that to be performant you need to have good drivers, good technicians, good engineers, a good feeling from the drivers, and a good budget. It was a pillar of the decision for sure.

“I was always clear like this because we want to get the cost cap. It’s the best way for us to be performant. But it’s not the only one. I think Zhou, again, is doing a very good job in F2 and I think that everybody is underestimating the level of performance and the job done by Zhou this season,” summed up Vasseur.

He goes on to speak about him with high acclaim. In fairness, he only has positive things to say about in every sense and is very impressed with his commitment to reach the top, even when he was a teenager. “Quality, I think that first, I think the performance is speaking for itself but he’s a front runner, that he won this season in Bahrain and Silverstone,” continued Vasseur.

“In F2 it’s probably the two most demanding tracks, Bahrain for tyre management and Silverstone, it’s high-speed corners but he did some pole positions, he’s always there, consistent and I’m sure he will do well next step and also I would say that the determination because that he moved from China to Europe and we know perfectly that when you move from Europe even to Japan, it’s not an easy move for a driver and Zhou did the opposite.

“But when you are 13 you move in Europe just because you want to become a racing driver, for me it’s a mega, huge commitment but I’m convinced he will put all of his energy into the project and I’m convinced he will do well,” summed up Vasseur. Of course, at Alfa next season it is a brand new driver combination with Zhou paired with the massively experienced Bottas.

Signing the Finn was a deal done last August and it’s a great coup for them. It can only be a plus. Some will say it is not a step up the ladder for Bottas but now, as team leader, it’s for him to show Zhou the ropes and lead by example. If anything he should rise to the occasion. A strong season last year, particularly from Hungary onward.

“I think the combination is an important topic, that Valtteri is very experienced, he’s doing very well,” said Vasseur. “He did a fantastic second part of the season in 2021 and he will bring to the team his own experience. And alongside, we will have a rookie coming from the F2 that I think it’s always important for the rookie to have a reference and with Valtteri he will have one of the best references in the field.”

Here’s Frederic Vasseur on not pushing Theo Pourchaire straight up