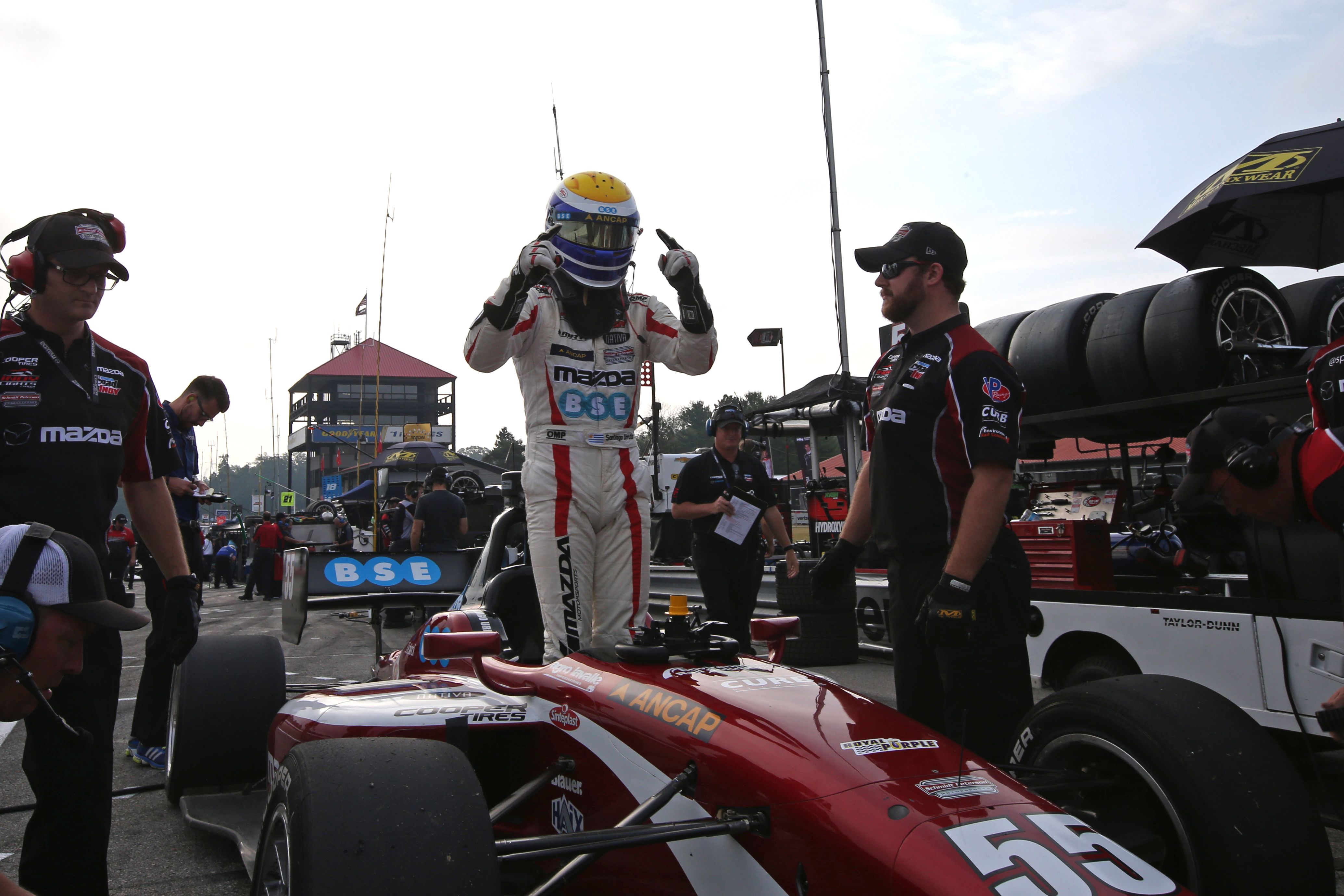 Second in the Indy Lights points, Urrutia started the race from pole position. He retained the lead at the start and led the entire race.

With the points leader Ed Jones having qualified in fifth place, the race was a good chance not only for Urrutia but also for third-placed Felix Serralles to catch Jones as Serralles had qualified in second place. However Serralles was overtaken by Andre Negrao and Dean Stoneman already on the first lap. On the second lap, Serralles lost one position as Zach Veach who had started in seventh overtook him for fourth place.

Serralles was able to recover a position as he overtook Veach for the fourth place on Lap 8. In an otherwise processional race, Serralles was putting pressure on the third-place Dean Stoneman on the closing laps. However, that wasn’t enough and Stoneman retained the third place by 0.3 seconds to Serralles at the checkered flag. Meanwhile Andre Negrao finished the race in second place, 6.4 seconds behind the winner Urrutia and 4.1 seconds ahead of the third-placed Stoneman.

After losing the fifth place to Zach Veach on the first lap, the points leader Ed Jones ran the entire race in sixth place. As Urrutia had qualified on pole, led most laps in the race, and set the fastest lap in the race, he reduced the gap to Jones by 18 points and Jones’s lead is now only six points.