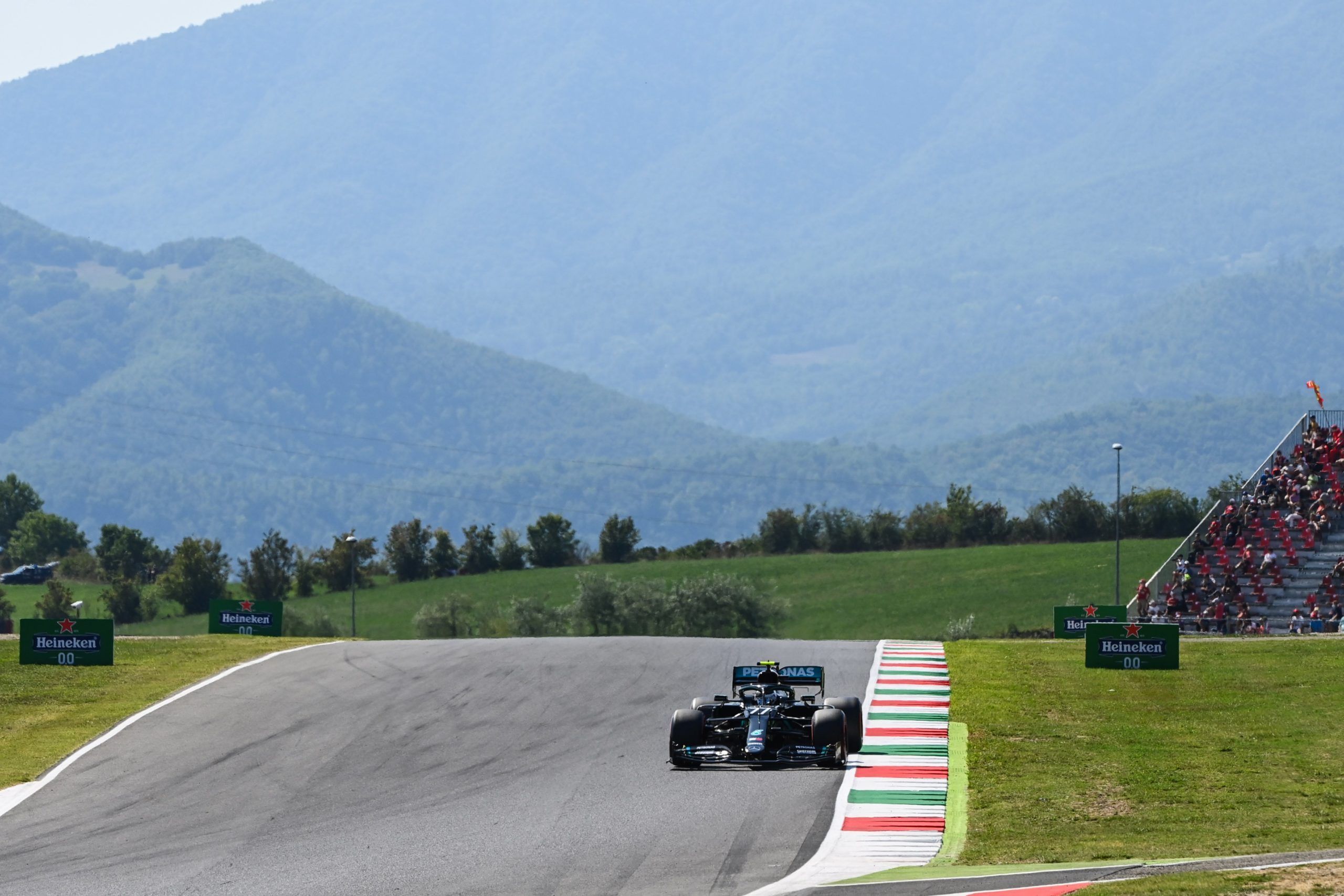 It was an important FP2 session in F1 Tuscan GP at Mugello with teams and drivers having to collect as much data for Sunday’s race to help them with strategy, but they were hit by multiple red flags and yellow flags as well to hamper their progress.

The first red flag was for McLaren’s Lando Norris when he ran over the kerb and had a slight twitch on the gravel to hit the barrier and lose his front wing. The second one was for a bizarre incident between Racing Point’s Sergio Perez and Alfa Romeo’s Kimi Raikkonen.

Perez was leaving the pitlane with Raikkonen turning into Turn 1 when the Mexican clipped the rear of the Finn, sending him onto the gravel. Both managed to continue but had damage as red flag was waved to clear the debris shed on the track.

The German had an engine trouble after the Tuscan GP FP2 session as he came to a halt trackside. He also had a spin early on in the session to cause a yellow flag. His time was good enough to be ahead of the two McLaren drivers with Carlos Sainz (1m18.651s) in 13th from Norris, who couldn’t do a qualifying trim.

UPDATE: Following the coming together of Perez and Raikkonen, the stewards handed a 1-place grid drop for the Mexican for Tuscan GP.

#F1 #TuscanGP Perez to drop one position on the starting grid as a penalty after his collision with Raikkonen. (In full) #MsportXtra pic.twitter.com/odwhKVVtf6