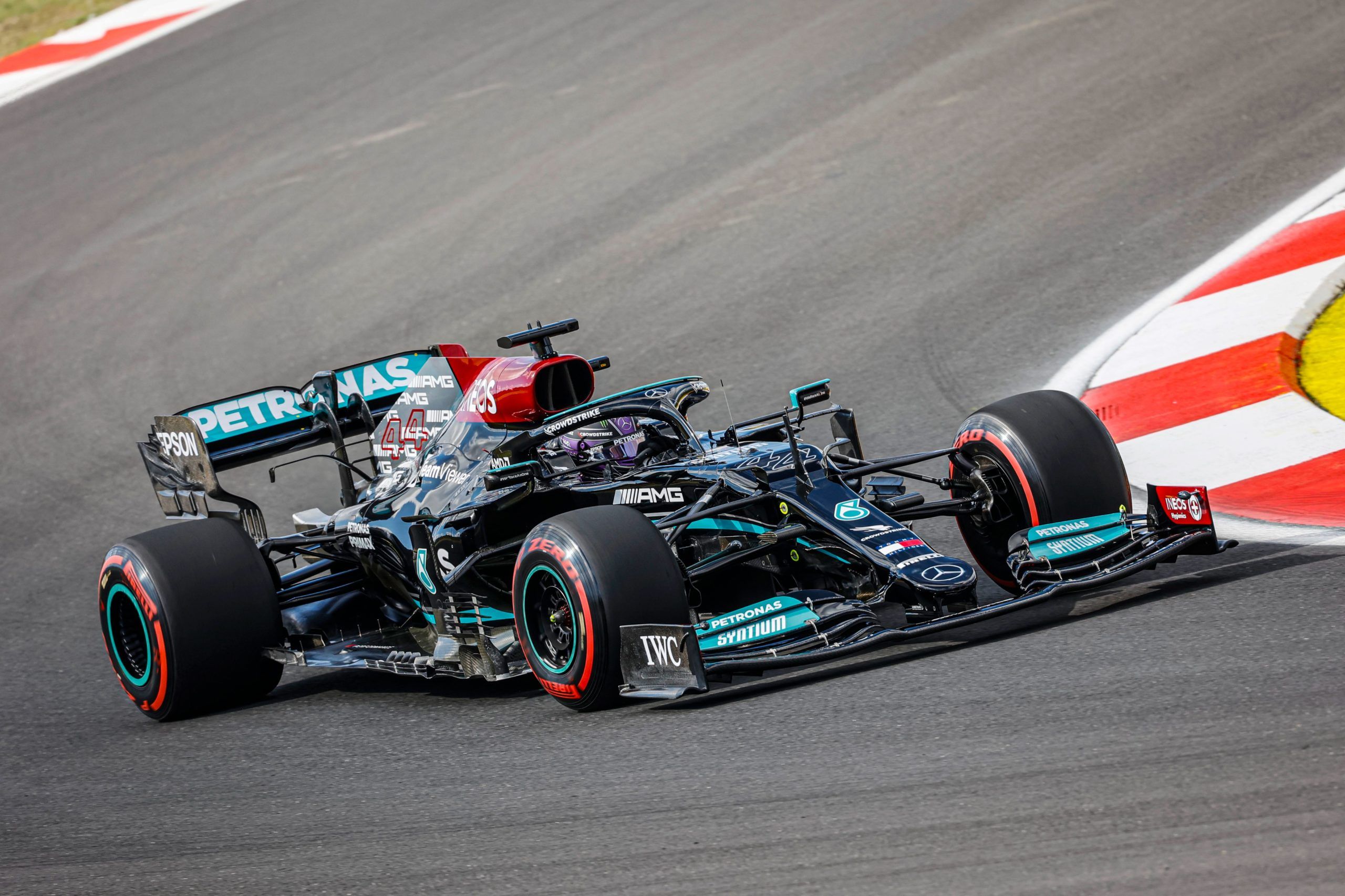 The track was still damp for the first part of the F1 Turkish GP qualifying, but all of them had their first run on the slick tyres. There was spins for Ferrari’s Carlos Sainz and Red Bull’s Max Verstappen, while Mercedes’ Lewis Hamilton had an off too.

There were multiple lap deletions too due to track limits, as drivers rushed to set a banker lap before rain came through. While they continued set lap times, AlphaTauri’s Yuki Tsunoda had a half spin, as did Haas’ Nikita Mazepin to cause yellow flag.

Amid further offs, Hamilton led the way with a 1m24.585s from Verstappen and AlphaTauri’s Pierre Gasly in the Top 3. It was hectic at the bottom half, but a smart work from Ferrari caught out McLaren’s Daniel Ricciardo (1m25.881s).

The late improvement from Carlos Sainz knocked the Australian out in 16th, where Haas’ Mick Schumacher made it in Q2 as well. Williams’ Nicholas Latifi was 17th and out from Alfa Romeo duo of Antonio Giovinazzi and Kimi Raikkonen.

Even though there were wet patches in second part of F1 Turkish GP, the drivers went on slick tyres where majority of the runners opted for the medium tyres. There were spins and offs for multiple drivers, but none to call for a red flag or otherwise.

The offs/spins list included Red Bull’s Sergio Perez, Williams’ George Russell, Ferrari’s Charles Leclerc and Aston Martin’s Lance Stroll. The off for the Brit in the pack came at a crucial moment, which knocked him out in Q2, with a 1m25.007s.

Everyone in the Top 10 set their lap time on the medium tyres apart from AlphaTauri’s Yuki Tsunoda, while Schumacher could have improved his time if not for the late yellow flag. At the front, Hamilton (1m23.082s) led the pack from Valtteri Bottas and Verstappen.

It was mostly dry to start the third part of F1 Turkish GP as the first run saw Bottas (1m23.071s) edge out Hamilton by 0.022s to take provisional pole. Verstappen was third as Perez was forced to use a used soft along with Leclerc and Stroll.

Having made it into Q3 using a soft tyre, Tsunoda was forced to use the medium tyres on his first. It was a clear Mercedes 1-2 in the end as Hamilton set a 1m22.868s lap to end up first, but with his engine penalty, the pole went to Bottas with a 1m22.998s lap.

But @ValtteriBottas will start from pole in Istanbul due to his teammate's grid penalty 🚦#TurkishGP 🇹🇷 #F1 pic.twitter.com/YaMFkU9Lhs

UPDATE: Following the F1 Turkish GP qualifying, Alonso was called in by the stewards for not respecting the double waved yellow flags. There was no further action on the matter as the stewards found the Spaniard doing everything expected of him.

“The Stewards heard from the driver of Car 14 (Fernando Alonso), team representative and reviewed video, timing and telemetry evidence,” started the FIA note. “It was evident that the driver fulfilled the requirement of reducing speed significantly after the double yellow flags were displayed and therefore complied with the provisions set out in Art. 2.5.5.b) of the FIA International Sporting Code.