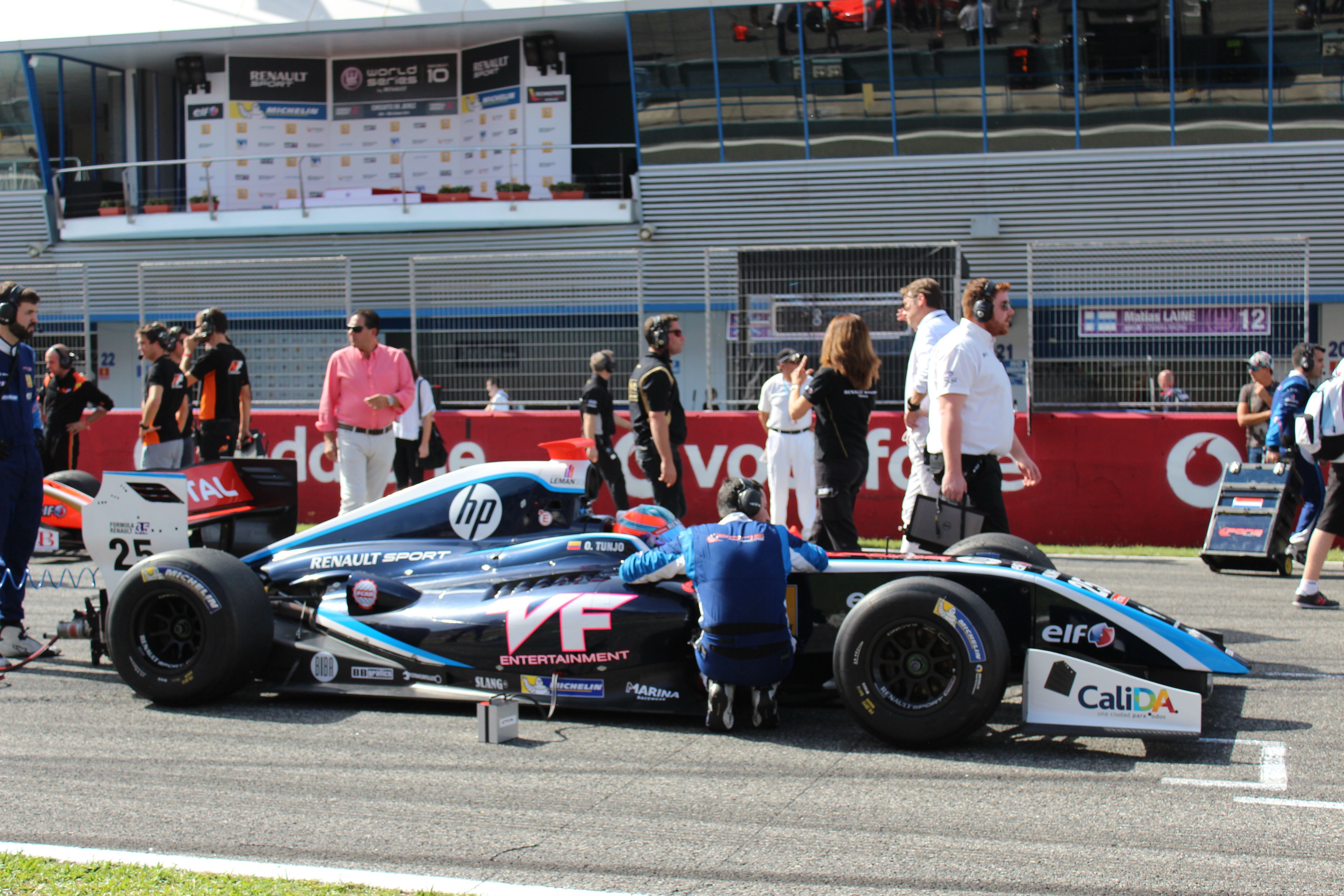 Pons Racing is proud to announce that the team’s collaboration with Oscar Tunjo will continue through the 2015 World Series Renault 3.5 season. The 18-year-old racer joined the Spanish squad, directed by Emilio De Villota, beginning with last June’s Belgian round at Spa-Francorchamps, and showcased great skills straight away.

Tunjo entered the championship after the beginning of the season and without any running in preseason testing. Despite the evident gap in terms of experience, he quickly got acknowledged to the series’ 530-hp Dallara-Zytek racer, even if he was coming from the 220-hp Formula Renault 2.0 cars.

In his second round of the year at Moscow Raceway, Tunjo climbed up to the front rows of the field in qualifying before scoring his maiden championship points. Then, he did it all again at Nurburgring, where he cruised to the front row in Race 1. Thanks to the positive foundations laid so far, extending the partnership to 2015 was a logic step, as the Pons Racing staff is persuaded that the young driver from Calì will keep growing up in the foreseeable future.

Emilio De Villota – Team Manager
“When I finally had the chance to reach an agreement with Tunjo for 2014, I was excited because I had witnessed his progress during the 2013 Eurocup F.Renault season and I considered him one of the quickest emerging prospects in business. We started working together at Spa-Francorchamps, one of the most difficult circuits of the world, but Oscar immediately impressed us for both his performance and for how he merged with the team, from the engineers to the mechanics. Race after race, he constantly improved his chemistry with the Dallara-Zytek 3.5 car, which is not an easy one. That particular aspect convinced us to continue our relationship for 2015. Together with Oscar, we hope to get some great satisfactions next year”.