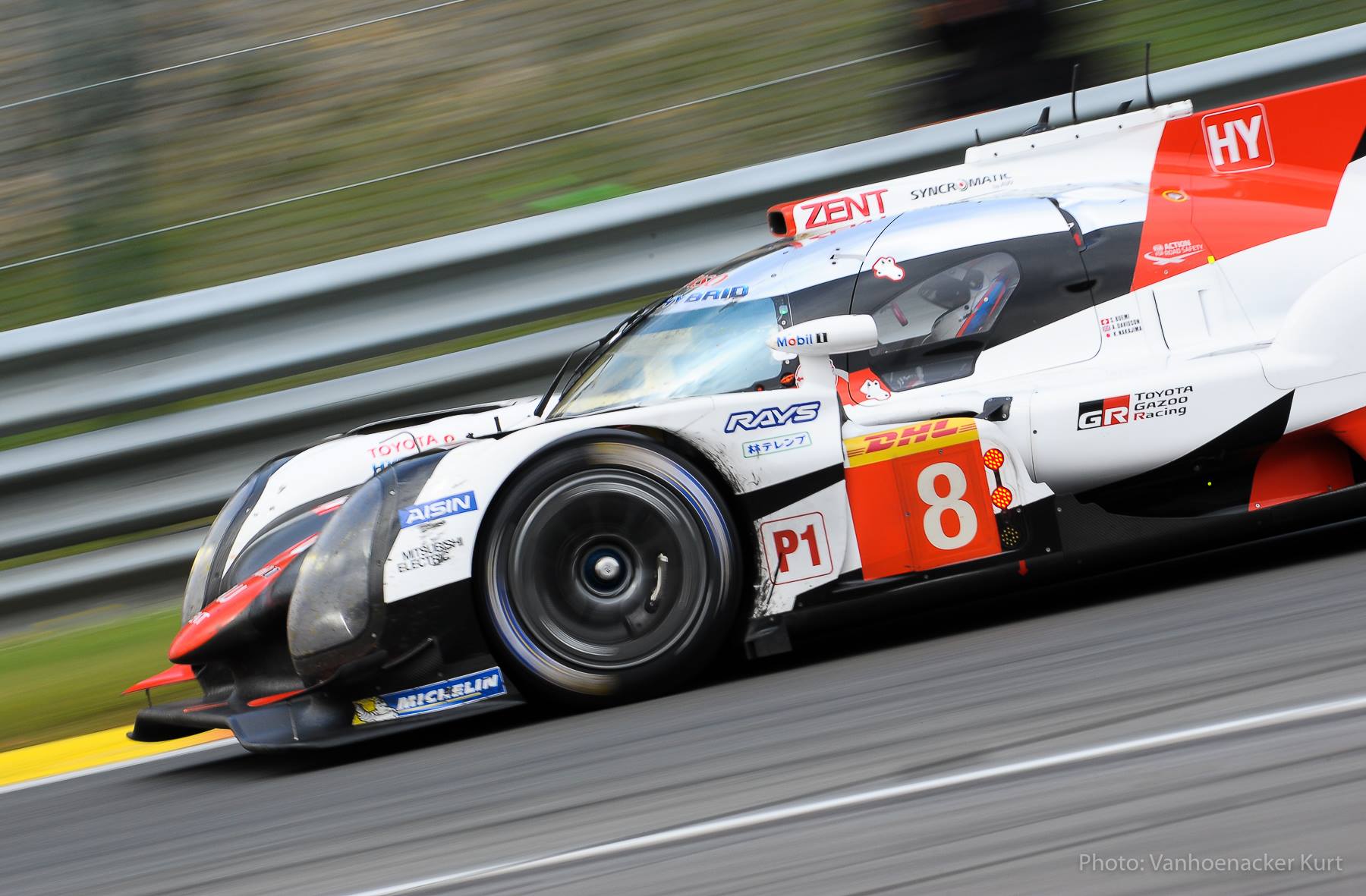 Sébastien Buemi held off Kamui Kobayashi in the final stage amid light rain on the legendary 7km Spa-Francorchamps circuit to win by just 1.992s in a grandstand finish.

It was the second consecutive victory for the #8 Toyota Gazoo Racing TS050 HYBRID of Buemi and his teammates Anthony Davidson and Kazuki Nakajima.

Mike Conway and Kamui Kobayashi, driving as a duo after teammate José María López was ruled out through a back injury, looked to have been in prime position to take the win but were unfortunate to lose out in both of the Full course Yellow periods.

It looked like it would be a close finish between the two but a final hour issue for the Vaillante Rebellion ensured that G-Drive took maximum points from the weekend.

The LMGTE Pro class saw a 1-2 finish for the AF Corse Ferrari team after a thrilling battle throughout the six hour contest at Spa today.

Early in the race a sensational fight between the #71 Sam Bird and Davide Rigon 488 GTE challenger and the #51 car of Alessandro Pier Guidi and James Calado entertained the large Spa crowd as the cars touch several times fighting for position.

The two Ferraris were almost tied together for the entire races, but Bird eventually broke free in the final stint of the race to take his and Rigon’s second win in as many years at the Belgian venue.

It was a disappointing day for Porsche GT Team and Aston Martin Racing as they had to make do with lower points scoring positions at Spa.