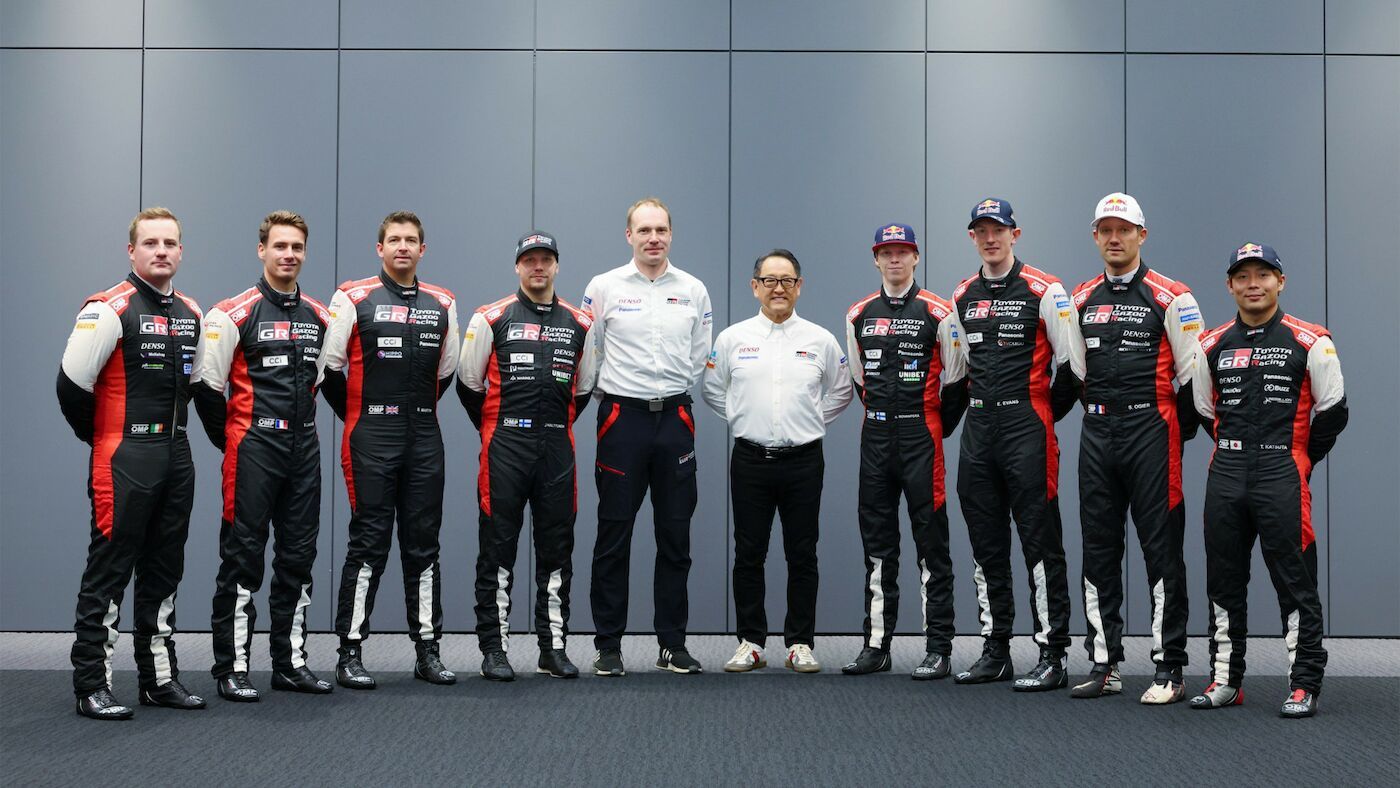 Toyota and Hyundai have revealed their line-up for the 2023 FIA World Rally Championship (WRC) with some changes.

Takamoto Katsuta has been promoted to Toyota Gazoo Racing’s otherwise unchanged main line-up for the 2023 FIA World Rally Championship season, it was announced on Friday (18 November). Katsuta was taken under the wing of Toyota’s WRC Challenge Program for young drivers in 2015 and made his top-flight debut in Germany four years later.

He has campaigned a factory GR Yaris for Toyota Gazoo Racing Next Generation – the Japanese marque’s second team – this season. Having now notched up three podiums, as well as securing a top-five championship result, the 29-year-old is being promoted to Toyota’s main squad and will alternate drives with eight-time world champion Sebastien Ogier in 2023. He will continue to have Irishman Aaron Johnston on his notes.

It remains to be confirmed which driver will contest each round – although Ogier is likely to take up the reins for the season-opening Rallye Monte-Carlo (19 – 22 January), an event he has won eight times. Katsuta and Johnston will participate outside of the team in the remaining rallies for which they are not entered for manufacturers’ points, driving an identical GR Yaris Rally1 Hybrid.

The stepping up of Katsuta means there is no place for Esapekka Lappi, who had shared the car with Ogier for the 2022 season. The Finn competed in seven events, securing three podiums. Elfyn Evans and new world champion Kalle Rovanperä return to compete for full seasons for the Japanese manufacturer.

Team principal Jari-Matti Latvala has been impressed with the consistency shown by Katsuta throughout 2022. He believes the Japanese driver is ready to step up as Toyota aims to defend its manufacturers’ crown.  “It’s very nice to welcome Takamoto into our main line-up to share a car with Sébastien while also still gaining the experience of a full season,” said Latvala, continuing: “We believe the time is right for him to make this step: In 2022 he was the WRC’s most consistent scorer so we are confident he can bring good points for the team.

“As a team we have enjoyed an extremely good season in 2022. To win all three titles for the third year in a row will be a big challenge but that is certainly our target next season and we need to keep working together to achieve it.” For Katsuta, it’s a dream come true. He hopes to bring home valuable points for the team whilst also looking to add more podiums to his tally.

“I’m really excited to make this next step in my career. To have this kind of role with the team has been a big target for me and I want to thank Toyoa Gazoo Racing Racing for giving me such an amazing opportunity. Of course it will bring a bit more pressure than before, but I am very motivated to keep working hard to be ready for next season and to do the best job I can for the team.”

Esapekka Lappi will drive for Hyundai Motorsport in the 2023 FIA World Rally Championship, as will Craig Breen – who returns to the squad on a part-time basis. Lappi has shared a Toyota Gazoo Racing GR Yaris with Sébastien Ogier this season but is switching sides to contest a full-time programme in an i20 N next year. The Finn also previously drove for M-Sport Ford – meaning he will now have campaigned cars from all three of the FIA World Rally Championship’s leading manufacturers.

Breen, who netted two podiums whilst heading M-Sport Ford’s charge this season, has re-signed for the Alzenau team and will share the third car with seasoned Spaniard Dani Sordo. It’s an arrangement the Irishman is familiar with having undertaken similar programmes for Hyundai from 2019 to 2021.

As expected, Thierry Neuville continues to lead the Korean manufacturer and will contest every round. It has not yet been determined how Breen and Sordo’s outings will be alternated. Collectively, the four drivers have amassed 127 podiums during their careers and acting team principal Julien Moncet hopes the experienced line-up can guide Hyundai to a third manufacturers’ world title in 2023.

“We are pleased to confirm our complete driver line-up for the 2023 WRC season with a three-car line-up and four experienced crews,” Moncet said. “With these four crews, we have a competitive and experienced combination of talent, which will underpin the teamwork ethos and mentality within our entire organisation.”

Lappi has not contested a full programme since 2020 and admitted his move, albeit unexpected, was centred around the opportunity to drive on a more regular basis. “Life is full of surprises,” beamed the Finn. “Getting a chance to join Hyundai Motorsport and to drive a full-calendar WRC program was something we didn’t expect.

“This is truly a dream and a unique opportunity; we are very happy to join the Hyundai Motorsport family. The team showed during the 2022 season that it is capable of developing the car a lot during the season and has chances to win on every surface. From what I’ve heard already, 2023 looks very promising.”

Breen, on the other hand, is content with focusing on selected rallies. He explained how returning to the team was a natural decision. “Joining Hyundai Motorsport for the 2023 WRC season feels like a homecoming for me,” said Breen. “We have secured some very memorable results together in the past, including several runner-up results, so hopefully I will be able to take that a step further.

“I have followed the team’s progress and development with interest this season, and I can see the momentum that has been building. Having the backing of a manufacturer team like Hyundai is special and I’m sure we’ll have plenty more reasons to celebrate next season.”