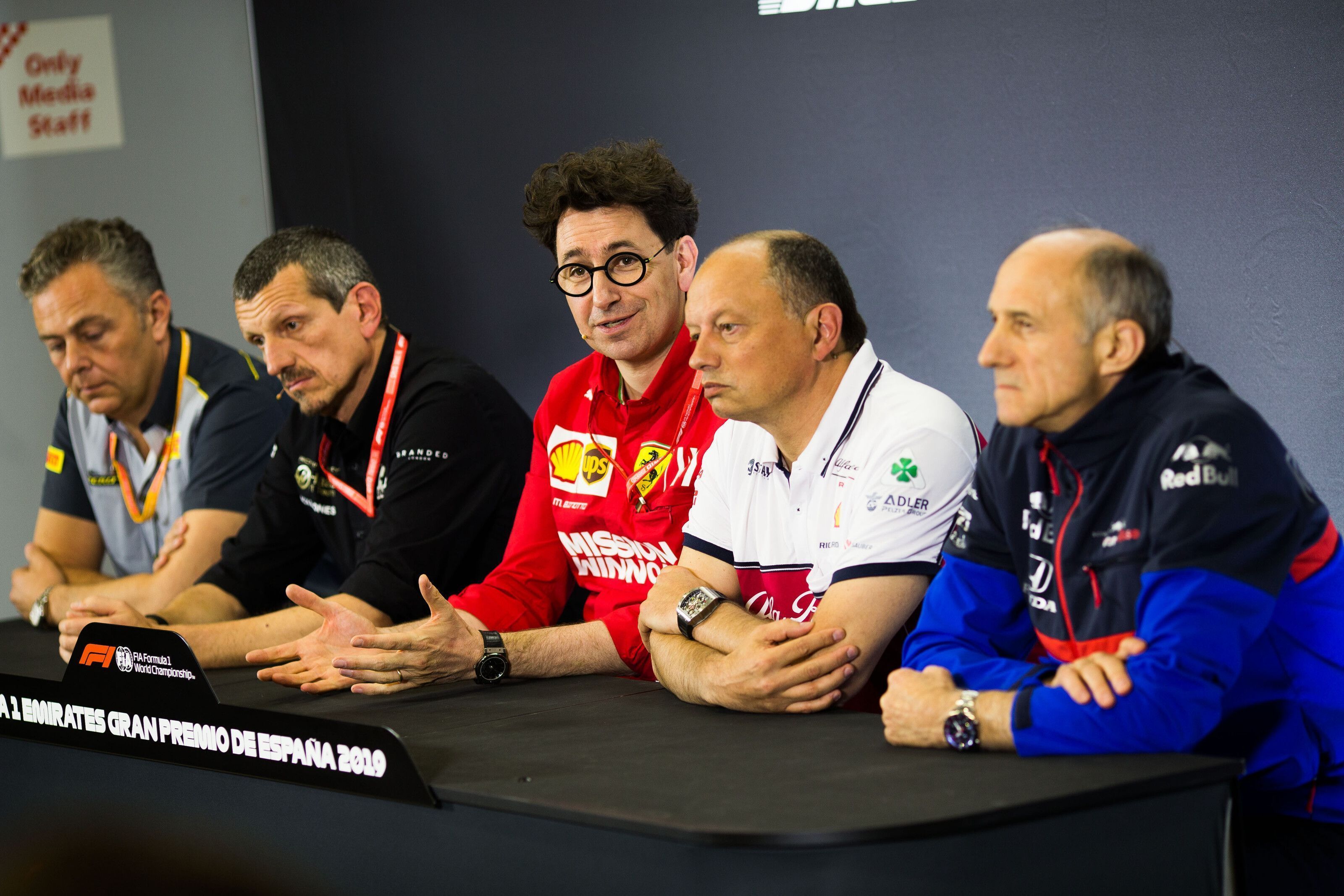 Toro Rosso’s Franz Tost doesn’t agree with few of his rivals on the point that standardisation will affect the DNA of F1.

Keeping cost in mind, Liberty Media together with the FIA decided to standardise certain parts of the F1 cars, so that teams do not have to incur money on external developments and it thereby helps in bringing the field closer as well.

The tender for gearbox supplier is already closed, with the FIA putting out the tenders for brake parts and wheel rims. It is expected that more tenders will be floated for few more parts as they build towards the big change from F1 2021 onward.

The move to standardise has got mixed views with a lot of teams thinking that it might affect the DNA of F1, which is development as F1 is regarded as a pinnacle of motor racing for a reason. An outside picture of the ongoing discussions can be ascertained.

“First of all, I think it hasn’t been decided how much we do standardisation so I think we’re getting ahead of ourselves here to say that it’s been decided for 2021,” started Haas’ Guenther Steiner. “I don’t know if anyone signed an agreement that it will be standardised.

“A lot of parties looked into it because the tenders went out – but it could go both ways. Sometimes you get some parts which just work, and sometimes you get parts that everybody’s got the same and some people get them to work with their car.

“The worst bit for me, we need to make sure that F1 keeps its DNA. And the DNA of F1 for me, it’s developing, it’s the only motorsport that is free for technology. Once you start standardisation, it can be a slippery slope in my opinion.

“We need to be careful not going down that slope and all of a sudden ending up with all the same cars. A lot of people are interested in our technology and that is why they’re watching F1.

“First of all, we need to see what is happening with standardisation before I make a final comment how I think about it.” His points were concurred by Ferrari’s Mattia Binotto as well, who stated: “Firstly, it’s not decided yet.

“Yes, true there are some tenders and discussions are on-going. As Ferrari, we always relay that we are against the standardisation principle – but we know as well that we need to control the costs and expenses – and obviously there is a budget cap so we need to find the right balance.

“Standardisation only makes sense if you may save money, which has to be proved first. And as well we need to take care of the DNA of F1. For example, if we take the rims, all the cars with exactly the same rims – I think that, in terms of aesthetics, is not good for F1 from the outside.

“That is because you’re not differentiating any more the cars from one car to the other, maybe just the paint. But it’s not something we should look at. We are going through an entire process, together with the FIA tenders.

“I think first we should look at the result of the tenders and then to a proper evaluation and make it carefully.” While Steiner and Binotto had the ‘DNA’ aspect as the key point, Alfa Romeo Racing’s Frederic Vasseur took the move more positively.

He cited the example of ECU going standard 15 years ago, so he feels that the teams can manage with brakes and wheel rims going one way too. His point was then taken forward by Tost, who pretty much dismissed the talk around F1 losing its DNA.

“First of all we have to wait, what the regulation at the end will say,” he said. “Standardisation of parts, there are two reasons: first to come down with the costs; the second also to bring the performance together of the different teams.

“I don’t agree to say the DNA of F1 is just to develop, we have to find a way to come down with the costs and no-one takes care which brakes we have in the car, or which rims they have. The people want to see some interesting races, some overtaking manoeuvres.

“They don’t care about the form of the rims or about the brakes. They just want to see interesting races. And we have to come down with the costs. Therefore I am in agreement with as many standardised parts as possible.”