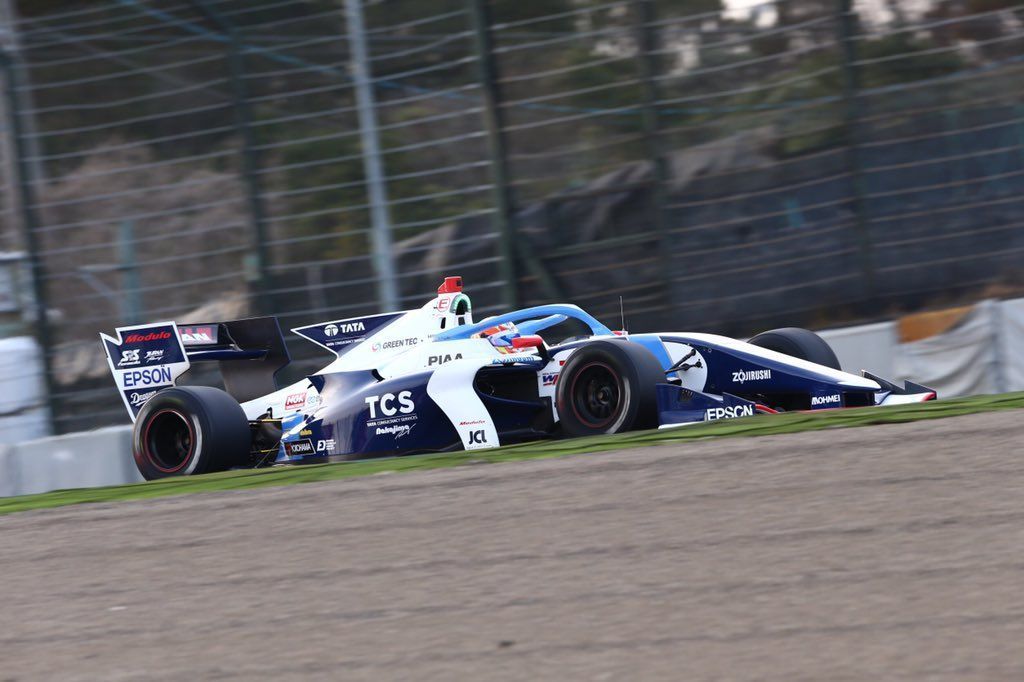 In a qualifying-like situation late in the day where literally the whole field set their best time in the dying moments of the afternoon session on a drying Suzuka circuit, it was Palou who ended the first day on top with a 1m35.904s in the new 2019 Super Formula car.

The Spaniard improved first to be the lone driver in the 1m35s bracket to not only set the quickest time but also break the lap record.. Kondo’s Yamashita (1m36.223s) came close in second with Team Tom’s’ Toyota’s Nick Cassidy (1m36.436s) in third.

Palou’s teammate Tadasuke Makino (1m36.909s) was close to his teammate until the late flurry of quick laps with the Japanese eventually ending up seventh from fellow Honda junior Dandelion Racing’s Nirei Fukuzumi (1m37.027s).

The Inging Toyota pair of Sho Tsuboi (1m37.163s) and multiple Super Formula winner Hiroaki Ishirua (1m37.290s) completed the Top 10 as the likes of Dan Ticktum, Harrison Newey and Artem Markelov missed out on a Top 10 berth.