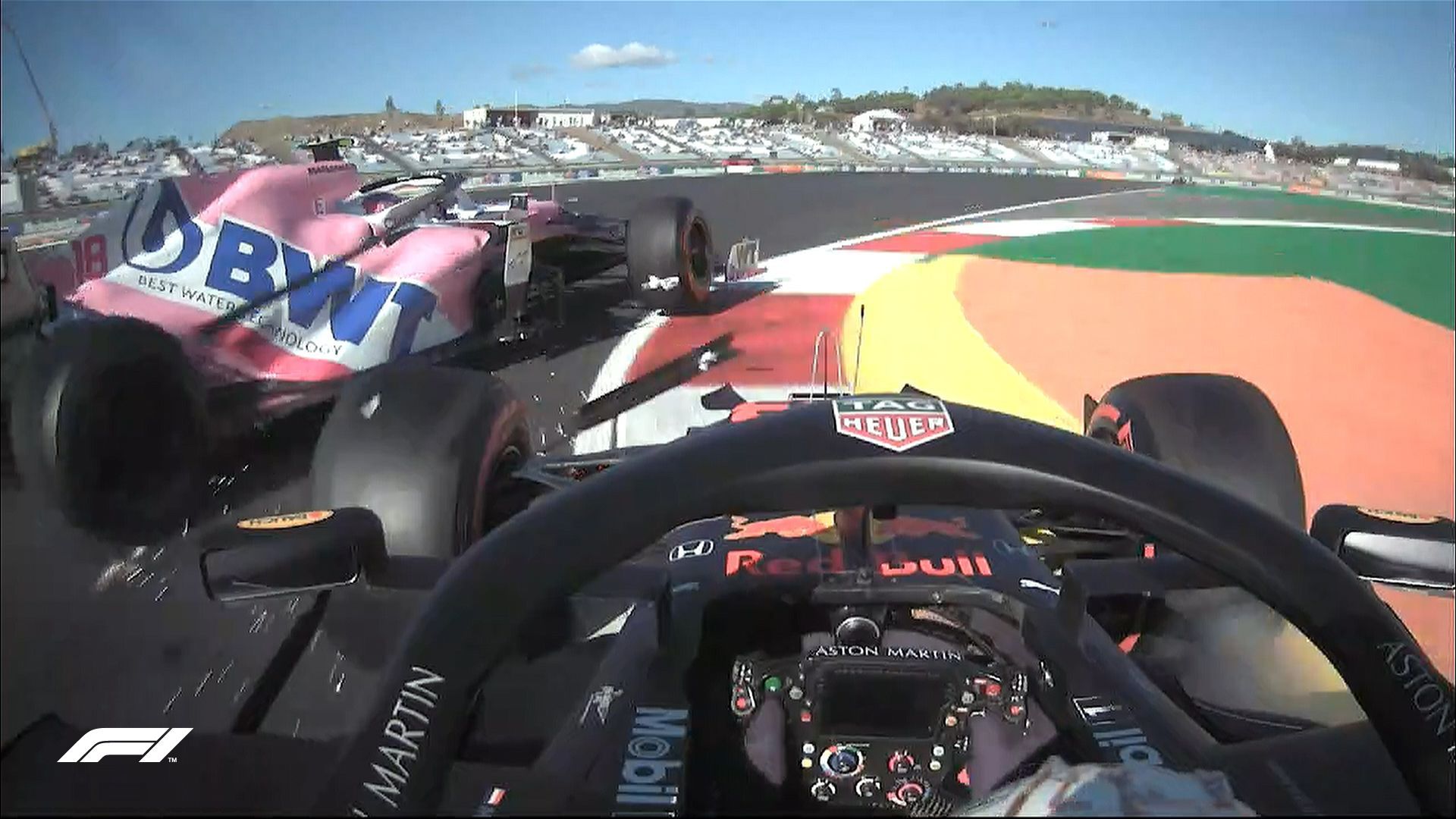 Lance Stroll says he has spoken with Max Verstappen and cleared the air after the latter’s outburst on radio when they clashed in F1 Portuguese GP FP2.

The drivers were trying to learn as much then after, whether it was the qualifying trim and or race run. However, it was again cut-short after a bizarre incident between Racing Point’s Stroll and Red Bull’s Verstappen at Turn 1, which resulted in ouster of the former.

Stroll was on a flying lap and passed Verstappen, who was on a slow lap as he was building up for his own quick lap. The Dutchman thought the Canadian will give way after completing his push lap but the Racing Point driver was to do another quick lap.

This wasn’t known to Verstappen as he tried to barge his way into the corner. He got alongside at one point but Stroll on the outside did not give up and turned into the corner as they touched, resulting in frustration for the Dutchman and expletives.

Stroll on his radio was told, ‘Keep pushing, Lance! Keep pushing’, just as he crossed the line, as just after the crash, the Canadian responded with, ‘I didn’t see anyone’, calmly, before completing the switch off process and leaving his car.

Verstappen was more annoyed, though. He started with, ‘Is this f***ing guy blind? What the f**k is wrong with him? Jesus Christ. What a retard. I have damage. What a mongol. I swear’, – the part which was aired on F1’s world feed as well.

To this his engineer responded by, ‘OK box. Red flags and recharge on, please’, but Verstappen continued on with, ‘He f***s his lap, I’m trying to prepare my lap, and he just f***s my lap by just opening DRS and staying on the normal line. No respect. But yeah, doesn’t matter.’

The stewards looked into the incident, with no further action being the result as they took it as ‘mis-understanding’ between the two drivers, which was the case actually. In fact, the two buried the hatchet too, as Stroll said they spoke to each other.

“The incident with Max was unfortunate,” said Stroll. “We’ve spoken and cleared the air, though. I don’t think Max was expecting me to go for a second push lap and likewise I wasn’t expecting anyone to be alongside me into Turn 1.

“As he had let me through on the last corner of the previous lap, I thought he would drop into the gap, but he didn’t and we ended up coming together when neither of us expected it. It’s been cleared by the stewards and we can draw a line under it and move on,” summed up Stroll.

When speaking to F1 website, Verstappen – before going to the stewards – stated: “To be honest, I don’t want to talk about it too much because I was so surprised. He just turned in while I was coming up to him. I don’t know where I had to go.

“I was starting my lap, and he just finished his lap. We’ll see what happens. It’s FP2 and it’s just a shame that we touch. It was very unnecessary.” When pressed on about the radio message, Verstappen, added: “Not my problem.”

Here’s the video of the incident: https://www.formula1.com/en/video/2020/10/2020_Portuguese_GP_FP2__Verstappen_and_Stroll_crash.html