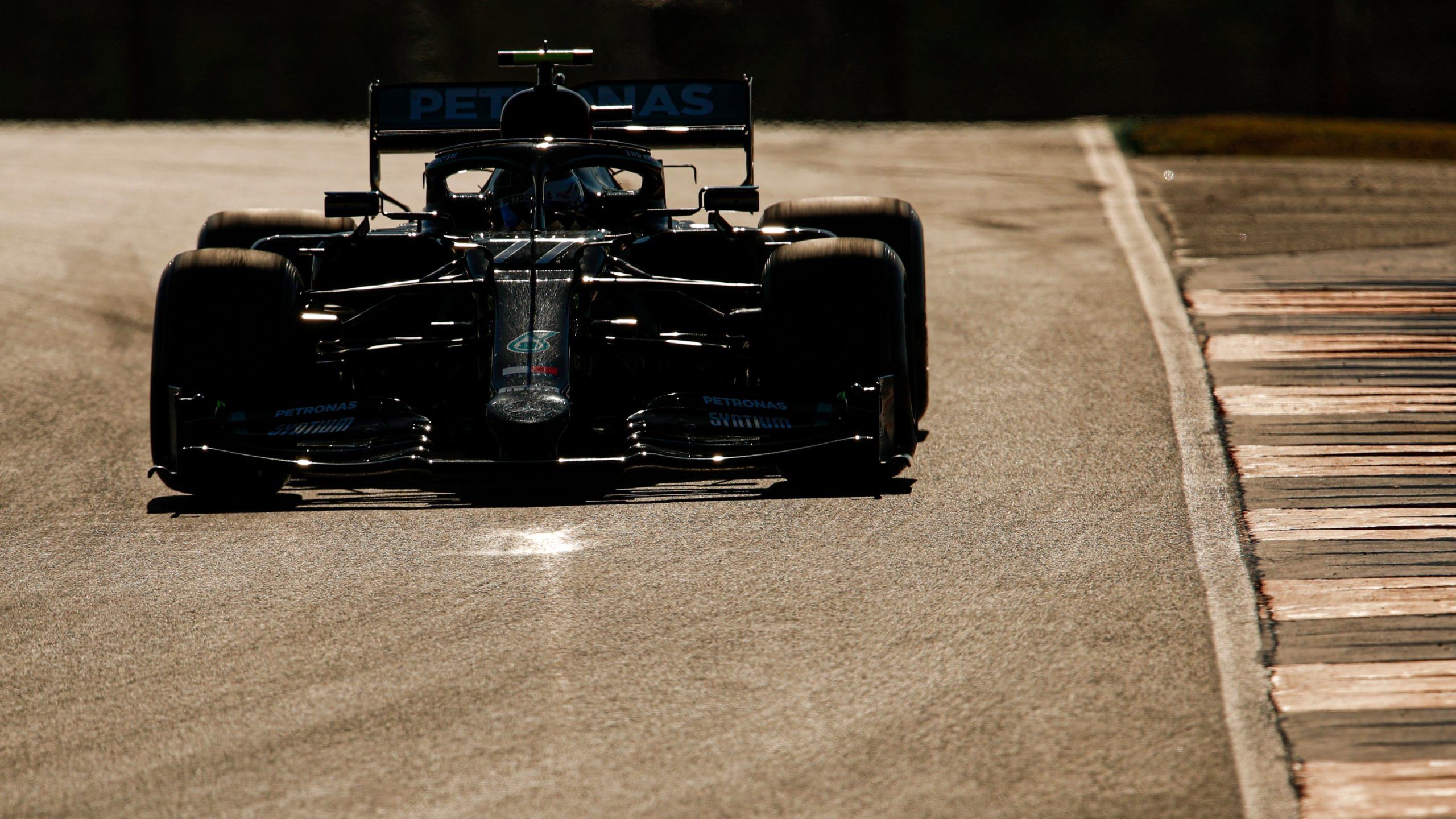 The F1 Portuguese GP FP2 started with 30 minutes 2021 tyre testing at Algarve as Pirelli brought 8-10 variants of the compounds for blind testing. Everyone were given a target to achieve as no one knew which compound they were testing.

It was slightly chaotic as all 20 drivers were out on track at the same time to collect as much data. McLaren’s Carlos Sainz had a spin along with Racing Point’s Sergio Perez, while the Spaniard also had a racey moment with Haas’ Kevin Magnussen.

Teammate Romain Grosjean kicked-off gravel as well, as Ferrari’s Sebastian Vettel and Williams’ George Russell had a racey moment too. Red Bull Racing’s Max Verstappen led the way with a 1m21.575s lap on the 2021 prototype tyres.

With the tyre testing done, the usual F1 Portuguese GP FP2 session kicked-off as drivers used the soft compound to better understand for qualifying. There were spins still as Vettel, Kvyat and Raikkonen had their moments respectively in windy conditions.

For Gasly, though, it ended badly as he came to a halt uphill with his AlphaTauri engulfed in fire at the right-rear side. The session was red-flagged as it ate up a chunk of crucial track time for the drivers to not only learn the circuit but also how the tyres behave.

Not long that the session re-started, Verstappen and Stroll collided at Turn 1 with the latter on the outside and the former on the inside. The Dutchman’s front-left hit the rear-right of the Canadian, with the Racing Point car beached on the gravel.

The session was red-flagged again as the incident was put under investigation. Verstappen was alongside heading into the corner as Stroll turned in while the Dutchman tried to squeeze himself in the corner. The session re-started with just over five minutes.

Russell had just come out of the pits when Ricciardo was starting his flying lap. The Brit, meanwhile, set his best lap on the medium compound, while the Finn had his on the hard tyres. Just behind this pack was Magnussen (1m20.680s) in 16th.

UPDATE 2: Following the deliberations by the stewards regarding incident between Verstappen and Stroll, they concluded that no further action was warranted in the case. The statement from the FIA stated:

“The Stewards heard from the driver of Car 18 (Lance Stroll), the driver of car 33 (Max
Verstappen), team representatives and have reviewed video and audio evidence. Stroll was on a fast lap and was allowed to pass by Verstappen on the lap preceding the incident.

“Given the information from his team and usual practice, Verstappen assumed that Stroll would back off for the next lap and moved to overtake along the main straight. However, Stroll was instructed by his team to go for a second flying lap.

“Stroll assumed that Verstappen would have backed off to gain a gap between them, also in line with usual practice, and so was not looking for the overtaking Verstappen. The drivers agreed in the hearing that the incident was the result of a misunderstanding between them and that with hindsight, both could have contributed to avoid the incident. “The Stewards therefore find that neither driver was wholly or predominantly at fault and
take no further action.”

UPDATE 3: Following the settlement of the Verstappen and Stroll incident, the stewards has now summoned Ricciardo for alleged breach of Article 24.2 a) of the FIA Formula One Sporting Regulations, where the Australian did not use the complete set of tyres of the same specification as allocated by the FIA.

This is for the first 30 minutes of the session during the tyre testing. It was found that the car was fitted with the front left tyre of the sets in the opposite way. The stewards left Renault with a warning as the team admitted to the mistake but added that no sporting advantage was gained as the tyres were used for development purpose.

Here’s how FP1 of F1 Portuguese GP panned out