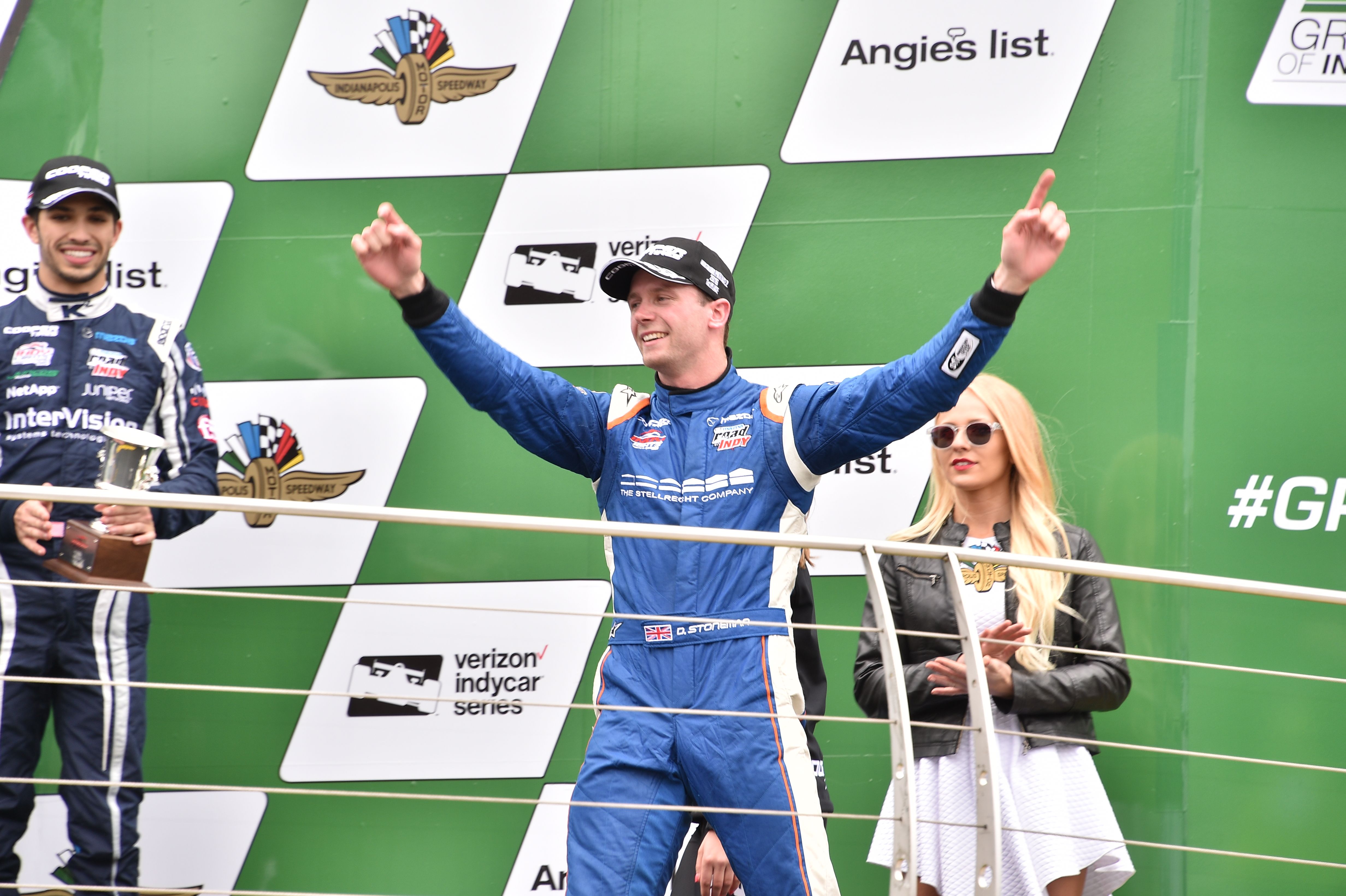 Dean Stoneman dominated the Freedom 100 of Indy Lights at the Indianapolis Motor Speedway oval circuit by 0.0024 sec over championship leader Ed Jones. Dalton Kellet completed the podium of one of the greatest race of the year so far.

Due to the bad weather conditions yesterday, the starting grid followed the Championship standings order, with Ed Jones on pole. He kept first position at the start ahead of his Carlin teammate Serralles, who had just overtaken Kyle Kaiser (Juncos Racing).

Kaiser hit the wall on the first lap at turn, causing the first caution of the race and leaving him in a complicated position for the championship. Jones led the race ahead of Serralles, Stoneman (Andretti Autosport), Santi Urrutia (Schmidt Peterson Motorsport) and his teammate RC Enerson.

With the green flag waving on track, Stoneman overtook both Carlin for the lead of the race in lap, starting a fight which would stay alive for the rest of the race. Zach Veach (Belardi Auto Racing) went up to 4th, but contact with Urrutia made them lose pace.

Urrutia brought the pace car on track after spinning. He retired despite not hitting the wall. The race was resumed with 8 laps to go, with the fight between Jones and Stoneman still ongoing and closer than ever. Piedrahita joined the party with 6 laps to go by overtaking Ed Jones. The Colombian tried to overtake Stoneman as well, but a new caution stopped the race again. Choi (Schmidt Peterson Motorsport) had hit the wall on turn 2. The race was green flagged in the last lap and left us with a thrilling battle for the win.

Ed Jones overtook Stoneman on the outside of turn 1, while Piedrahita lost position. Stoneman hit back on turn 3, and they both crossed the finish line side-by-side. The Brit finished ahead of Jones by only 0,0024s., which means this was the closest race win ever. Kellet (Andretti Autosport) completed the podim ahead of Shelbly Blackstock, Scott Hargrove, Felix Serralles, Neil Alberico (Carlin), Juan Piedrahita, Felix Rosenqvist (Belardi Auto Racing) and Zach Veach.

Jones  is still the championship leader, 29 points ahead of Stoneman who climbs up to 2nd. Urrutia is now 3rd, 39 points behind Jones, while Kaiser and Serralles are 45 points behind the leader.