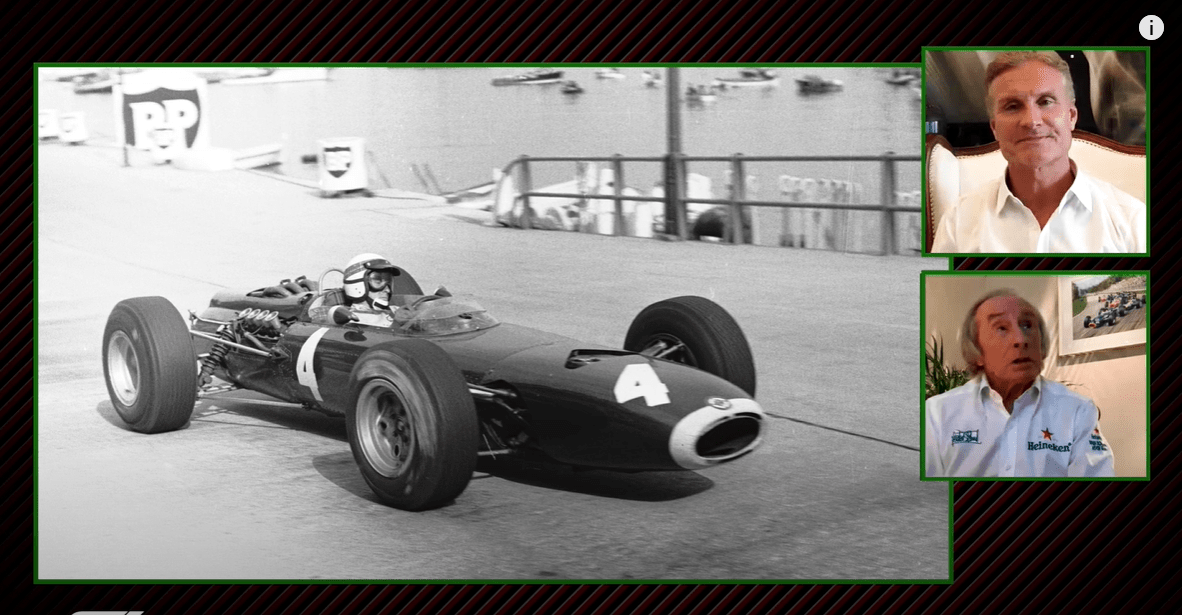 Sir Jackie Stewart features on the Heineken F1 Unscripted episode with David Coulthard as he talks about the safety aspect, retirement, running a team and more.

Stewart and Coulthard started the F1 Unscripted show by discussing about the safety aspect in the old times and how the wives of the drivers would check their laptimes with a stop watch. The Brit also talked about his rival and friend, Jim Clark.

Stewart went back to the safety aspect as he recalled the 1996 grand prix at Spa-Francorchamps, where he crashed heavily and had to be rushed to the hospital to be saved. Amid the jokes, he touched on why he took up the safety topic of F1.

Even though he enjoyed circuits like Spa and Nurburgring but Stewart knew that it wasn’t safe and so he pressed with the authorities to make it safer due to multiple deaths. This led to the topic of his retirement which he forced to take due to overwhelming situations.

Stewart was bogged down with the deaths of his friends and F1 rivals which is why pulled the plug earlier than expected. They switched to discussing about his team then as an entrepreneur and the podium at Nurburgring during the European GP.

He also talked about the good financial situation of such teams in those days as he wishes to see the same for the likes of Red Bull Racing, McLaren and Williams in today’s time. To sum up the session, Stewart advised youngsters, especially being a dyslexic person.