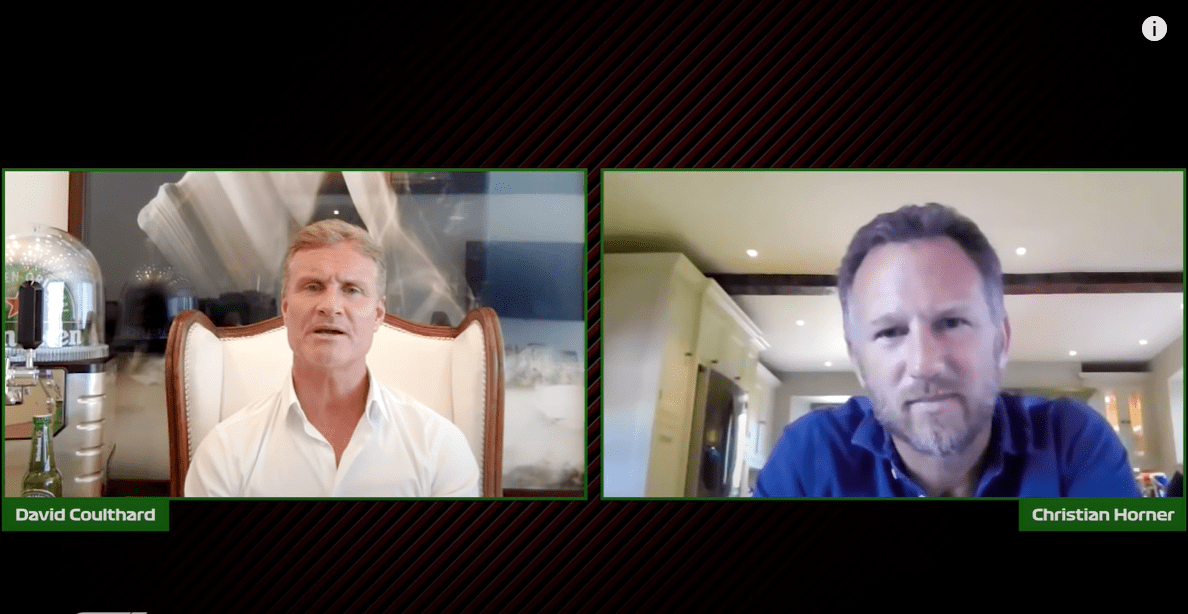 For the second episode of the Heineken F1 Unscripted show, Coulthard had his former Red Bull boss Horner, where the started the show by talking about the lockdown period due to the COVID-19 pandemic but hope it all eventually gets re-started in Austria.

Coulthard discussed about his time with Horner as his boss and compares him with McLaren’s boss Ron Dennis. The Red Bull chief then talked about how Dennis and Flavio Briatore were two opposite people but yet managed to have a successful career.

This led to them discussing about Vettel and handling him when things were going tough against Webber. They looked at 2010 Turkish GP, where Horner conceded that the German F1 driver was a bit greedy, even if the Australian tried to squeeze him slightly.

Horner stated that Turkey kick-started the bitter rivalry and the 2012 Brazil GP squeeze from Webber on Vettel led to the ‘Multi 21’ moment in 2013 Malaysian GP. The Red Bull chief was pretty certain during the race that the German will disobey the order.

It left a bitter taste not only for Webber but also Horner, Adrian Newey and the whole team post the F1 race despite a 1-2 finish. He fast-forwarded to the Max Verstappen and Daniel Ricciardo clash in Azerbaijan as well, where the Brit lost it on both drivers in debrief.

They talked about debriefs then and Horner explained how Vettel would extract everything from a F1 grand prix, being particular about everything. Something he is now seeing in Verstappen as well, ever since the shunt in FP3 of 2016 Monaco GP.

Horner says Verstappen is also taking a lead role in explaining every details, which helped the engineers. This is where Coulthard jumped in to talk about working with Newey and how much details he wanted, with the only desire to make the car go quicker.

They ended the chat talking about regrets, where Horner talked about not starting that 2005 US GP at Indianapolis due to tyre politics – where Coulthard was part of Red Bull – and the 2016 Monaco GP, which Ricciardo lost due to a tyre goof-up.

Here’s races from Daniel Ricciardo where he felt happy/down