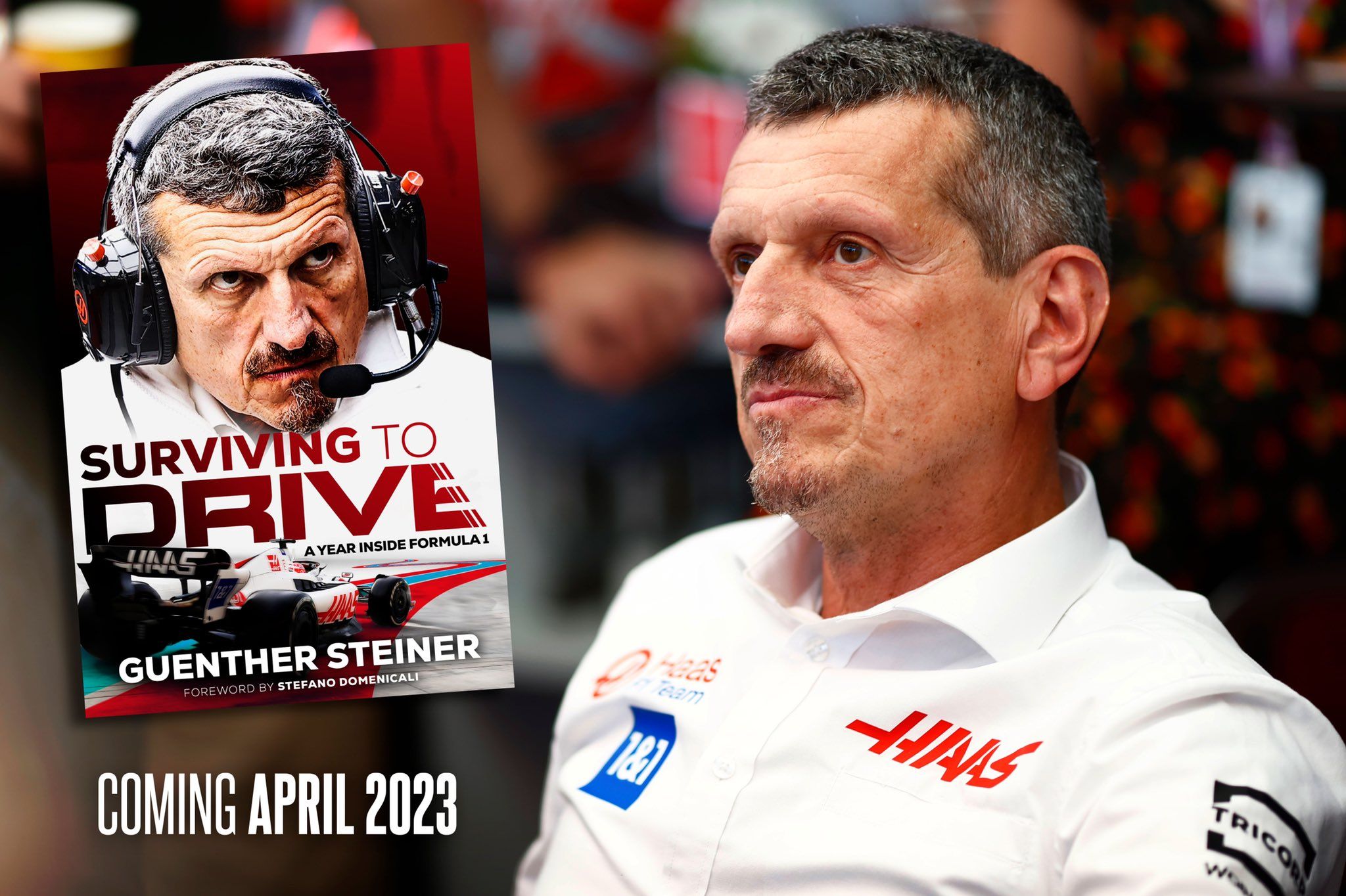 Guenther Steiner is to release a book titled ‘Surviving to Drive’ in this April of 2023 which will focus on the 2022 F1 season.

Even though he hasn’t watched any of the episodes of the Netflix ‘Drive to Survive’ show, Haas’ team boss Steiner is a popular figure now in the world of F1. His open style and ‘swears’ has made him a star of the OTT show with people wanting more.

Having shown his skills on a video platform, Steiner is now to showcase his writing skills as he is to release a book titled ‘Surviving to Drive’ in April of 2023. The book is based on the 2022 season, giving insights on how a team like Haas survives in the high world of F1.

Henry Vines has acquired the UK and Commonwealth rights to the book from Tim Bates at PFD. “Packed full of twists and turns, hilarious stories and forthright opinions, this is the first time that an F1 team has allowed an acting team principal to tell the full story of what takes place inside the organisation,” said the publisher in its release.

“Uncompromising and searingly honest, told in Steiner’s inimitable style, this is a fascinating and hugely entertaining account of the realities of running a Formula 1 team.” Meanwhile, Vines stated: “In a sport of big egos and measured public appearances, Guenther is a complete breath of fresh air.

“He speaks his mind and is wonderfully affable, indiscreet and entertaining. I am thrilled that he has channelled those qualities into his first book, and we can’t wait to publish it.” And finally, Steiner added: “Well, I don’t think I could have picked a more active year than this one in terms of documenting some of the many things a team principal has to go through in Formula 1.

“I’ve never looked at keeping a diary before and while I like to look forward, it’s been fun to look back over this year proofing this book again and reflecting on the many highs and lows we’ve encountered at the Haas F1 Team. Ultimately the highs stand out more, from Kevin Magnussen’s points-scoring return in Bahrain to Mick Schumacher’s first points at Silverstone, through to the team’s first ever pole position in Brazil and our eighth-place finish in the Constructors’ Championship – it’s been quite the season.

“It’s the hard work of everyone on our team that has returned us to the fight in Formula 1 and I can’t thank everyone enough who has been part of the Haas F1 Team for their efforts and dedication. I hope people enjoy this insight into our 2022 season and hopefully they’ll come along for the ride in 2023 when we look to build on this year’s successes.”