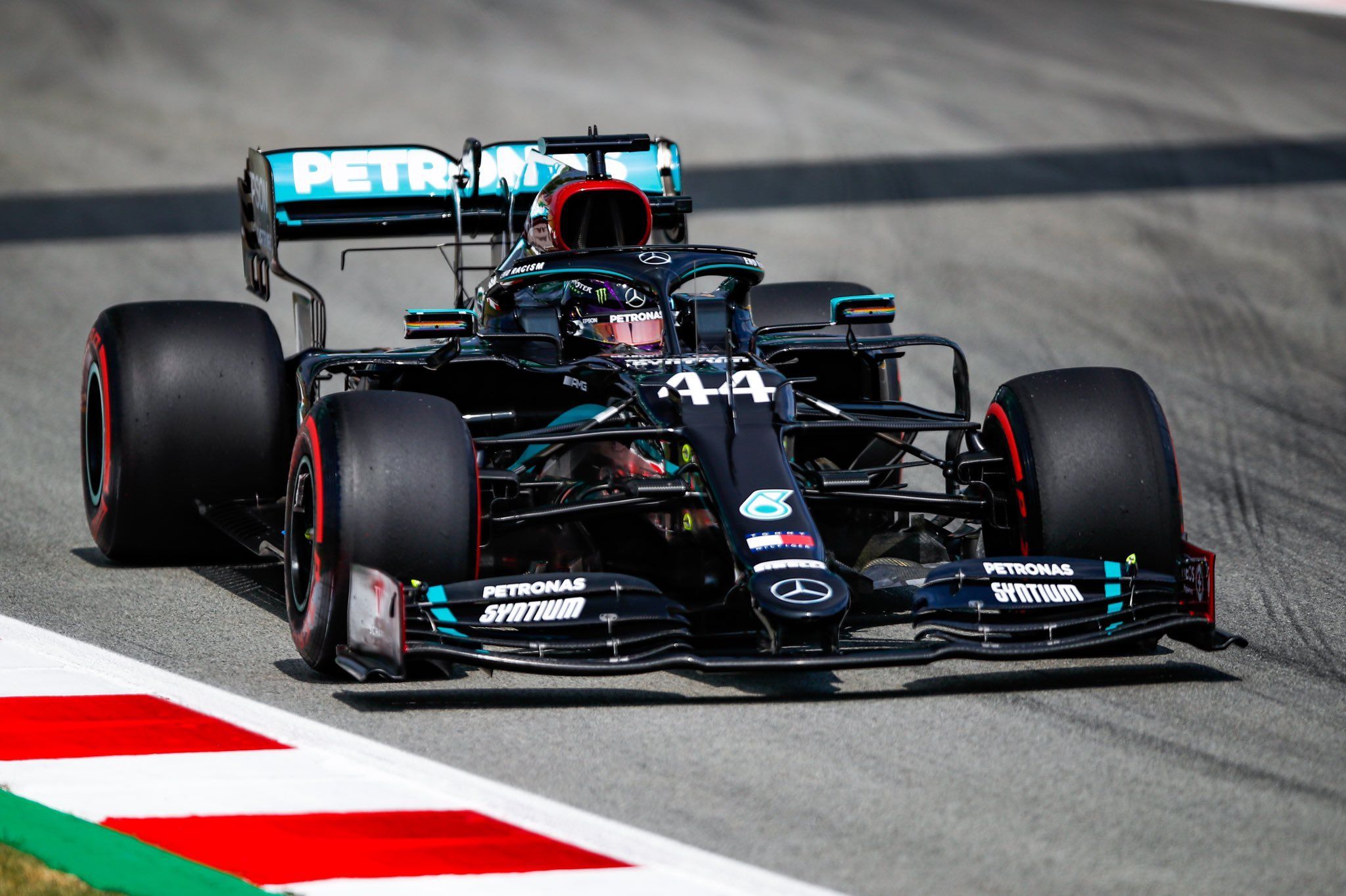 It was much more steady FP2 session in F1 Spanish GP at Circuit de Catalunya-Barcelona as Mercedes retained the top two positions with Hamilton (1m16.883s)  leading from Bottas (1m17.170s), who had an understeer moment late in the session.

Red Bull’s Verstappen (1m17.704s) maintained third as Renault’s Daniel Ricciardo (1m17.868s) improved to fourth along with Haas’ Romain Grosjean (1m18.133s), who did a solid job in fifth but reported loss of power towards the end of the session.

The Spaniard in the pack was warned by the FIA to not use the different track configuration at Turn 13 for safety reasons. Speaking with Sky Sports F1 during Spanish GP FP2, Otmar Szafnauer revealed that Perez may have had caught the COVID-19 from a private chef.

“We think he got it from one of the private chefs that he hired,” said Szafnauer. “That, quite frankly, could happen to any one of us. He took every precaution he could privately. He stayed with his parents, he didn’t go out to eat.

“When he got back to Europe, he hired a private chef so he wouldn’t go to the restaurants. We think he got it from the chef. It’s really great to see him get over the virus. When he tested positive, he was full of virus, and he got it out of his system pretty quickly.”

AlphaTauri’s Daniil Kvyat (1m18.62s) ended up 15th as he had a moment with Williams’ Nicholas Latifi. The Russian complained of being held up with expletives on the radio. While Grosjean did well, Haas’ Kevin Magnussen (1m18.761s) was only 16th.

Rounding out the Spanish GP FP2 session, Sky Sports F1 commentator Nico Rosberg explained why Hamilton escaped any penalty for speeding in the pitlane in 70th Anniversary GP. The German said there is a loop 20 meters from the line to alert drivers to slow down, which is what saved the Brit as he slowed in time before the actual line.

Here’s how FP1 of F1 Spanish GP panned out