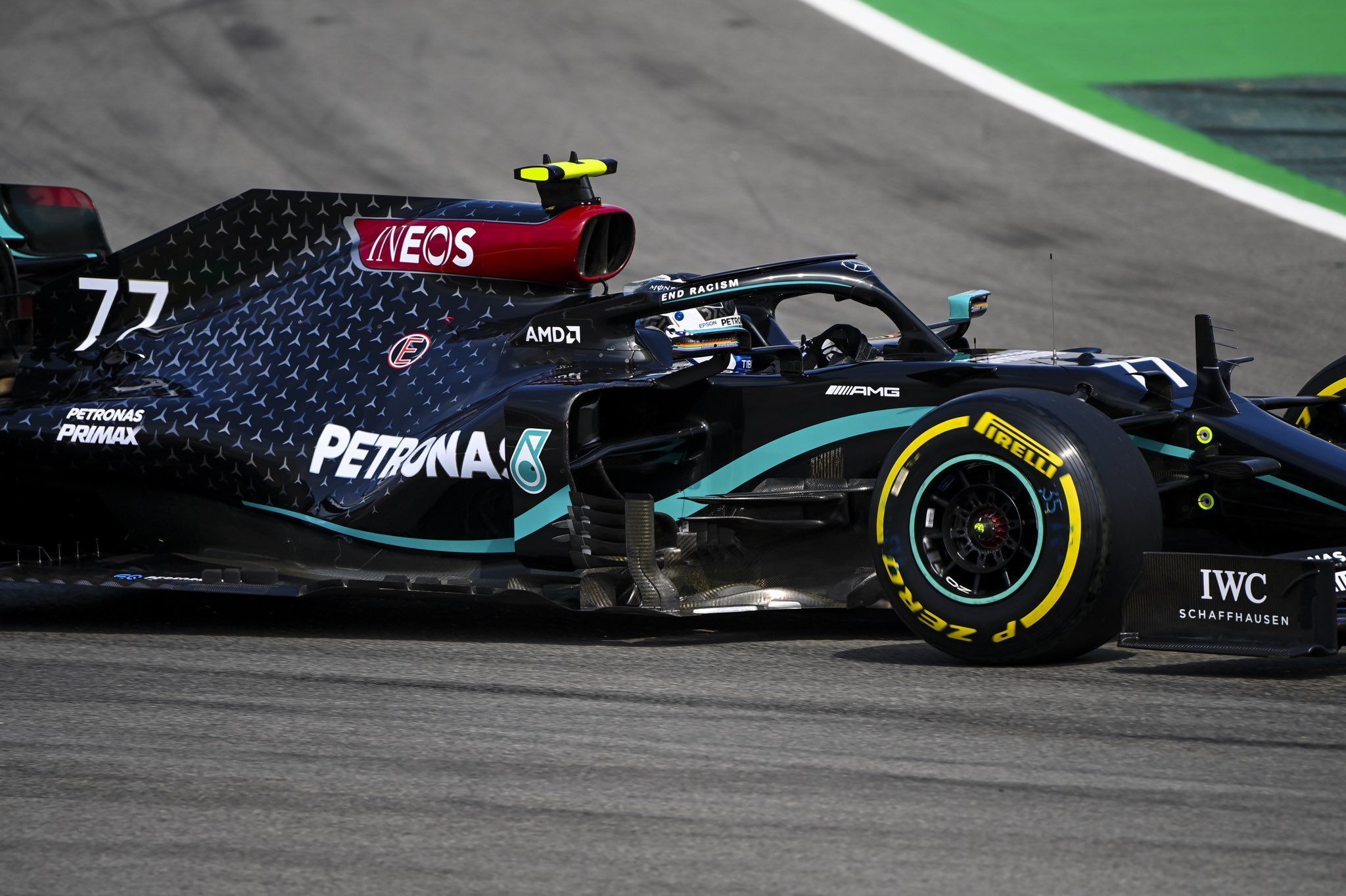 Mercedes headed the way in FP1 of F1 Spanish GP as Valtteri Bottas beat Lewis Hamilton by 0.039s with the Finn having a small bird hit as well.

There was slight strategy difference in FP1 of F1 Spanish GP at Circuit de Catalunya-Barcelona between the two Mercedes drivers, with Bottas ending up quickest with a 1m16.785s lap ahead of Hamilton (1m16.824s) by just the 0.039s margin.

While they set their best time on the soft compound, Bottas used a medium set in his stint whereas Hamilton had the hard compound. Also, the Finn had a small bird hit during the session in the final corner as he reported on the radio about it.

Replays showed feathers of the bird where Bottas said it almost hit his helmet, with the duo having small moments in the session too. Behind the two Mercedes drivers was Red Bull Racing’s Max Verstappen (1m17.724s), the last one to be within a second of the two.

The Ferrari duo did well to be fourth and fifth where Charles Leclerc (1m17.970s) headed Sebastian Vettel (1m17.970s), with the latter having a much better run in the spare chassis. The Monegasque had aero rakes for data collection at the start of the session.

Like Hamilton, the three drivers behind also ran the hard compound along with the soft as Haas’ Romain Grosjean (1m18.291s) slotted in sixth from returning Sergio Perez (1m18.471s) in the Racing Point car and Red Bull’s Alexander Albon (1m18.606s).

The Thai racer had a mixed run with Red Bull reporting of issues on his car again but he managed to complete a good number of laps as the Top 10 of F1 Spanish GP was rounded out by Haas’ Kevin Magnussen (1m18.620s) and Racing Point’s Lance Stroll (1m18.643s).

AlphaTauri’s Daniil Kvyat (1m19.145s) was 17th as the Russian did not have a smooth session as he was troubled with his headrest and seat. Another troubled driver was Renault’s Daniel Ricciardo (1m19.230s) in 18th ahead of the Williams drivers.

It was Nicholas Latifi (1m20.334s) ahead of development driver Roy Nissany (1m20.664s), who filled in for George Russell for his first FP1 session in F1 Spanish GP. The Israeli had a spin, though, as he set his fast lap on the medium like Perez, Stroll and Ocon.

Here’s what F1 drivers said regarding modes in Spanish GP