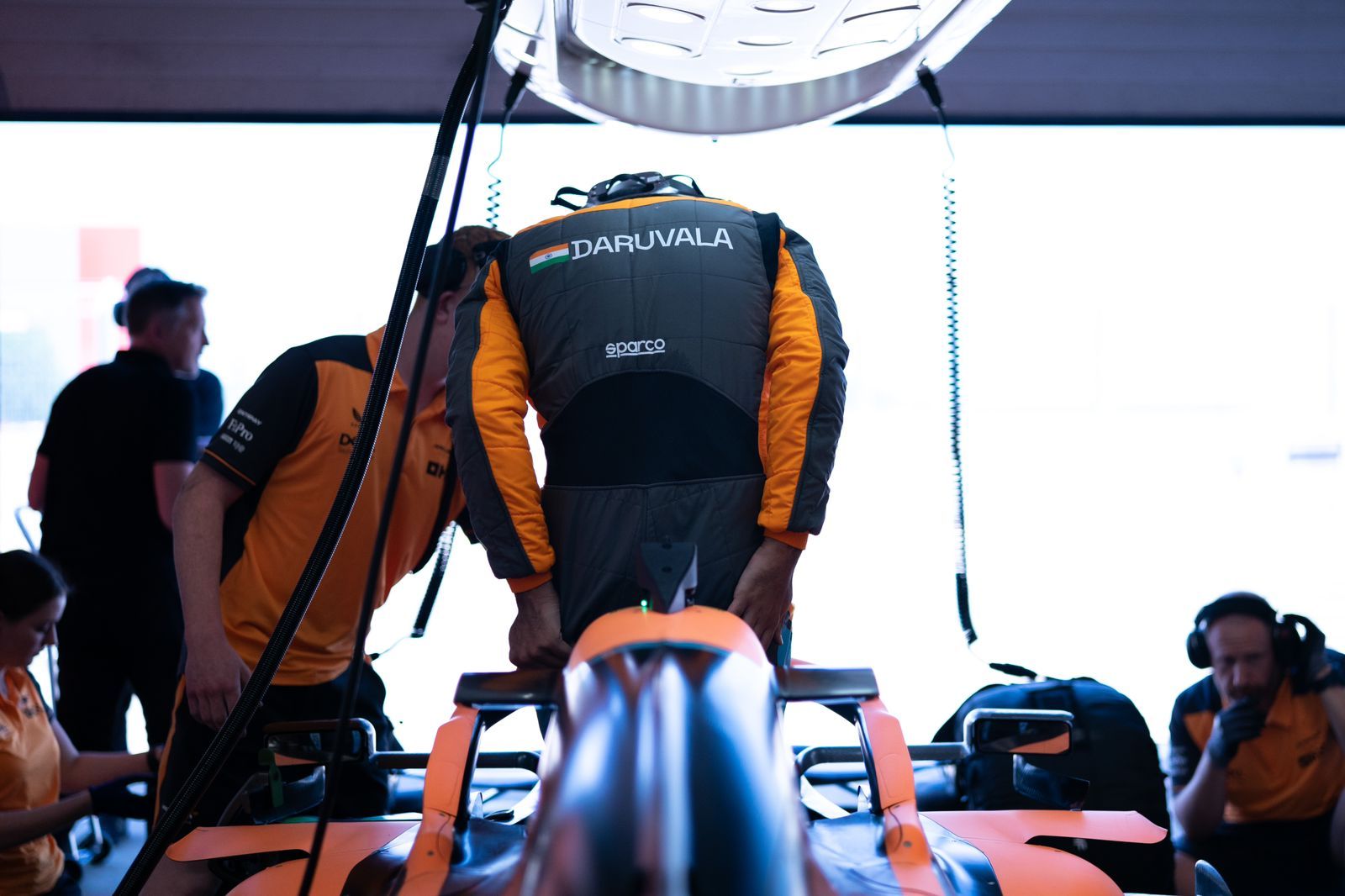 Andreas Seidl has good words for Jehan Daruvala who tested for McLaren at Silverstone, as Christian Horner adds on Red Bull situation.

Despite being a Red Bull junior, Daruvala was given the permission to test with McLaren for two days at Silverstone before the F1 British GP weekend as part of the Woking-based outfit’s new ‘Testing Previous Cars’ programme they have started.

It is as per the FIA regulation where the team can run an old car to assess young drivers, who in turn can gain mileage required for superlicense. Daruvala drove the MCL35M without any issues in his first ever chance in a F1 car.

It was a unique situation for McLaren as well who gave a test run to Patricio O’Ward in Abu Dhabi and are to put Colton Herta in a F1 car too. When team boss Seidl was asked about the situation during the press conference, the German left it as ‘stay tuned’.

There was a subtle hint towards FP1 running where F1 teams are required to run young drivers for at least two sessions this year. “It’s actually the first time for us at McLaren to run such a TPC car, which we were not in a position in in previous year,” said Seidl.

“But thanks to this change of the regulations, and together with the great partnership we are having with Mercedes that put us in that position we simply want to use this car now or this project in order to give young guys a chance to drive a Formula 1 car and also to show us or to put us in a position to evaluate what these guys can do.

“And that was the reason also for the programme we have put up with him, which went quite well last week in Silverstone. We have further runs planned in the next month with Colton, probably with Pato again as well. And then we will make up our mind at some point about whom we want to give the chance to do also a free practice one session, so stay tuned please,” summed up Seidl.

When pressed further by FormulaRapida.net to Seidl in a closed media session to elaborate on how Daruvala performed in the test, the German was all positive about it considering it was his first time while revealing that there will be more tests to further assess.

“I would say for him being first time in a Formula One car it was a very positive start with everything we have seen and a start we can build on now together,” said Seidl to FormulaRapida.net. “We have more test days planned together with him again which will help him get more familiar with a Formula One car so that he can actually show what he can do so…so far so good I would say.

“I’ll repeat, what we have seen so far I guess has been a very positive start, at the same time it’s also too early I would say to come to any judgement. It’s also very important as well when you start such a programme that you also have the patience which is required to build it up and so far I would say we have had a good start together and a promising start and now we have to keep working and keep testing together and see what the future brings,” summed up Seidl.

While Daruvala takes some steps with McLaren, his is also being monitored over at Red Bull especially after Juri Vips was removed from the test and reserve role due to online behaviour. He is still part of the academy, but has no F1 role.

Over the British GP weekend, it was noted that Liam Lawson will take up his role and also help AlphaTauri when needed. The Faenza-based team has two FP1 sessions, while Red Bull has one left for any youngster to give with the Kiwi being the front-runner.

But since Daruvala is the only experienced driver in the lot, Red Bull is monitoring his progress. It remains to be seen if the likes of Dennis Hauger and or Ayumu Iwasa get a look in, as Horner is keeping their card open for now with everyone.

“Obviously we’ve got quite a few youngsters and really promising youngsters that are out there at the moment,” said Horner. “We have, obviously, Liam Lawson. We have Dennis Hauger, you know, racing in Formula 2 as well as obviously Daruvala that remains as a junior driver, despite testing with another team. Iwasa is showing great potential as well.

“And that’s just in Formula 2. In Formula 3, it’s great to see Johnny Edgar back after illness, quite a nasty illness earlier in the year, giving him another chance. Isack Hadjar is doing a super job as well. So we’ve got no shortage of talent coming through, all the way from karting through the different formulae.

“And that’s always been a policy of Red Bull, to give youth a chance, to back youth, and give opportunities to some of these kids that otherwise wouldn’t have been able to progress their careers. And regarding our F1 work, Liam Lawson steps into that role, obviously following the Juri Vips announcement and Jehan is doing a great job and we’re just following his progress with interest as well as Denis Hauger as well – all obviously qualifying for super licences so again, that’s our coverage at this point of time,” summed up Horner.