Home F1 Second victory in a row for Rosberg in Brazil 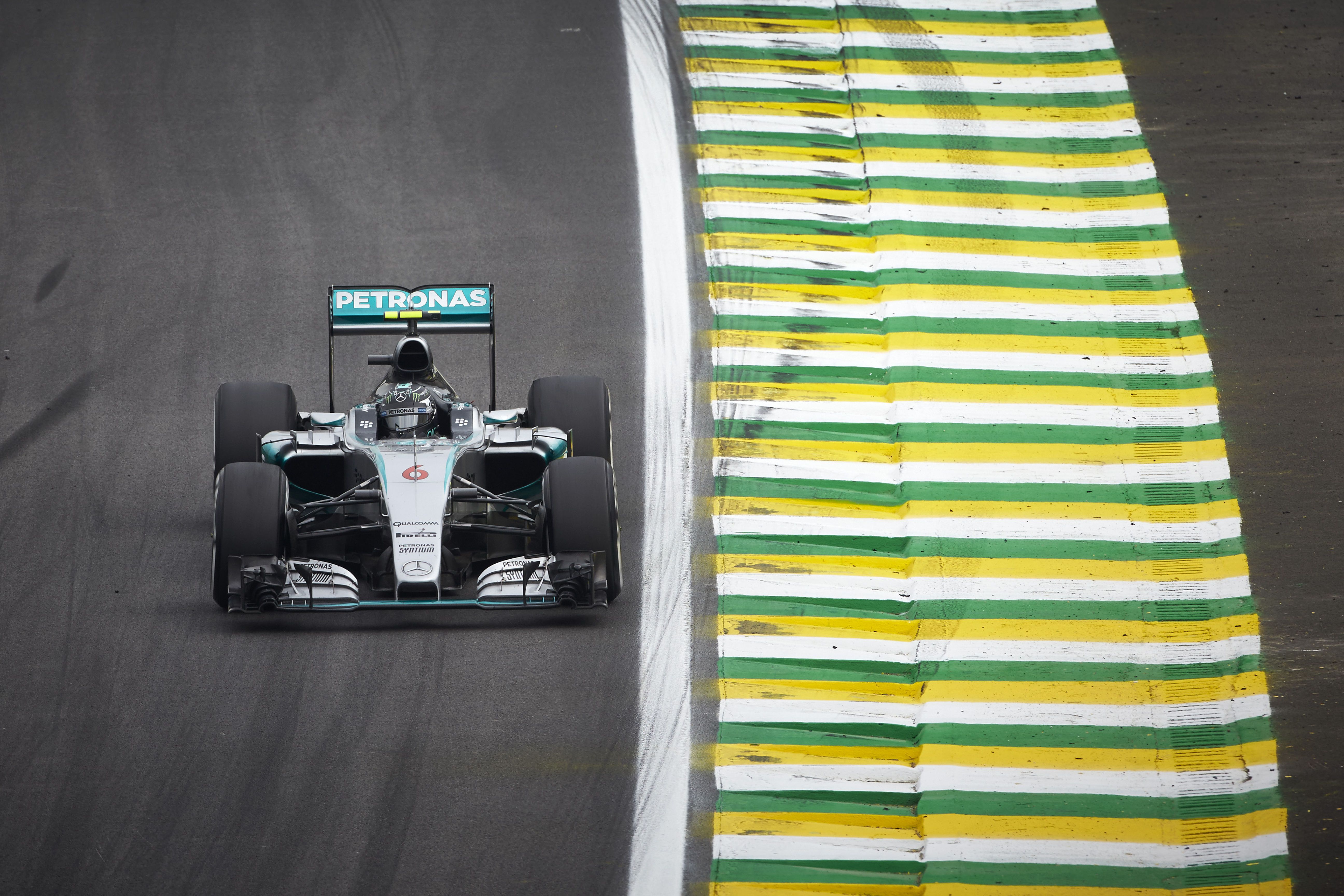 Nico Rosberg won the Brazilian Grand Prix at the Interlagos circuit ahead of his teammate Lewis Hamilton. Sebastian Vettel completed the podium for Ferrari once again.

Rosberg kept pole position ahead of Hamilton, Vettel, Räikkönen and Bottas, who overtook Kvyat and Hülkenberg at the start. Carlos Sainz had to retire once again due to engine issues. Ricciardo made an early pit stop on lap 4 to get rid of the soft tyres.

Once everybody had pitted, Rosberg continued on top with Hamilton very close to him. Top 10 was completed by Vettel, Räikkönen, Bottas, Hülkenberg, Kvyat, Massa, Pérez and Verstappen.

For his second stop, Vettel chose the soft compound, a different strategy to that of the Mercedes with the hard one and that of Räikkönen, who tried to make his stint longer in order to make a two-pitstop only race.

Finally, not much changed and Rosberg won his 5th race this season, second in a row, ahead of his teammate Lewis Hamilton. Sebastian Vettel completed the podium ahead of Räikkönen, Button, Hülkenberg, Kvyat, Massa, Grosjean and Verstappen.