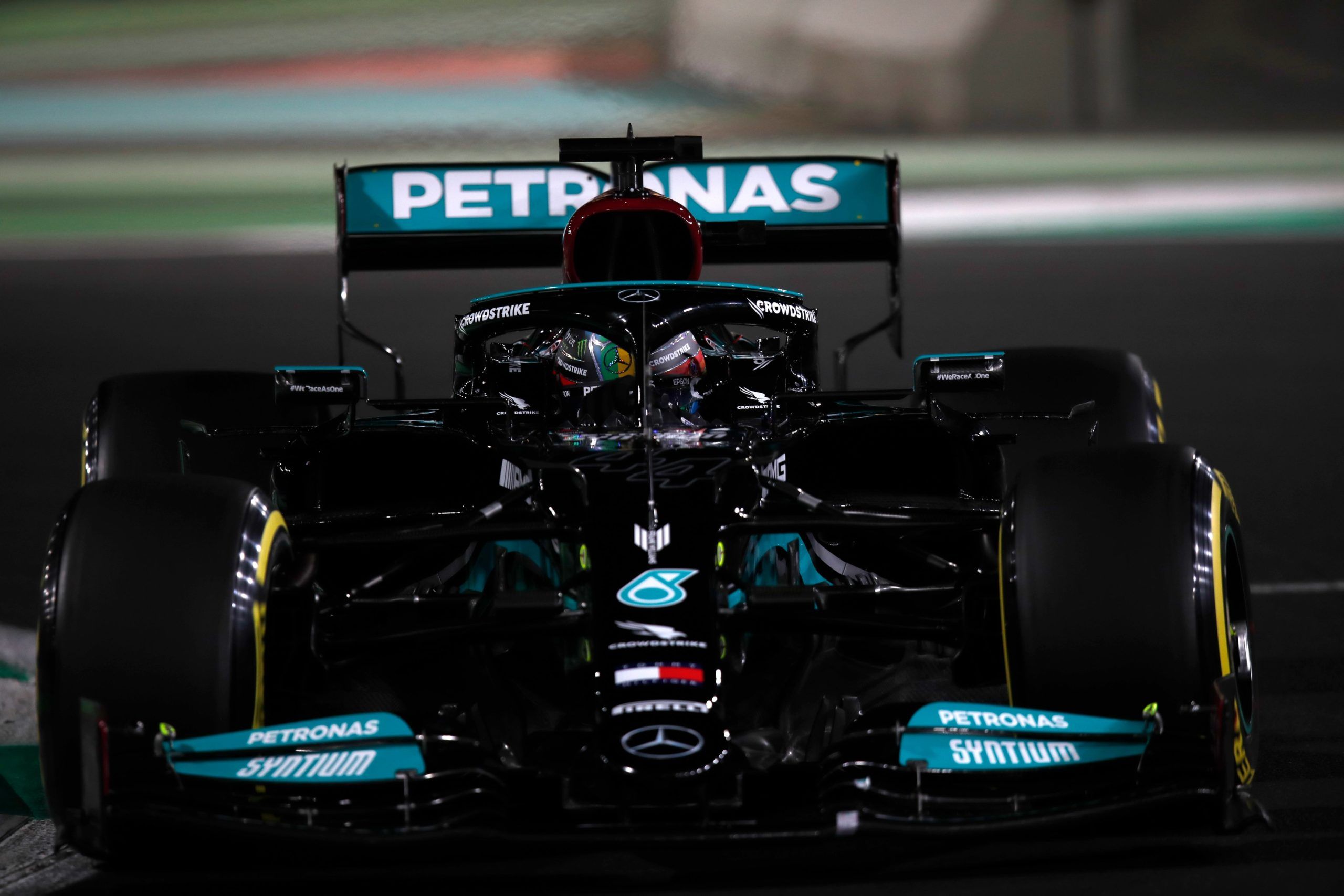 Mercedes ended up 1-2 in FP2 of F1 Saudi Arabian GP with Lewis Hamilton ahead of Valtteri Bottas, as AlphaTauri’s Pierre Gasly was third.

Ferrari’s Charles Leclerc had a heavy crash at Turn 22 after he lost the rear of his car and smashed onto the SAFE barrier on his right-side. It not only damaged that part but also took out the rear wing. This comes after he already had a chassis change in Qatar.

The Mercedes F1 duo did so on the medium tyres while Tsunoda used the hard compound. Not everyone had a clean run as well with traffic playing a huge part and many having near misses against each other on a fast part of the F1 Saudi Arabian GP circuit.

Missing out the Top 10 were the McLaren pair as Daniel Ricciardo led Lando Norris with Alfa Romeo duo of Antonio Giovinazzi and Kimi Raikkonen were next up in 13th and 14th from the Aston Martin duo Lance Stroll and Sebastian Vettel.

The German had a small moment on his fast lap which hampered his run, as Williams’ George Russell was 17th from Haas Mick Schumacher, Williams’ Nicholas Latifi and Haas’ Nikita Mazepin, who had a spin towards the end at Turn 1-2 sequence.

Among the second half of the runners, Ricciardo set his best time on the hard compound while Stroll and Latifi did so on the medium compound.

Meanwhile, between FP1 and FP2 of F1 Saudi Arabian GP, Pirelli released the initial findings on what happened to the tyres in Qatar GP which ruled out production defects. The problem as per them was worn out tyres going through kerbs which hurt the structure.

“The ongoing analysis that Pirelli is carrying out on the tyres of the cars that suffered deflations during the Qatar Grand Prix has provided some initial conclusions that exclude any production defects. Based on the findings obtained so far, the origin of the problem is mainly due to the amount of time these tyres were run on the kerbs, at high speed and with considerable lateral and vertical loads: a situation unique to the Losail circuit.

“The heavy demand caused by running over these kerbs, which isn’t possible to measure from the data available before the race, damaged the tyre construction and led to a loss of pressure in the internal sidewall, which consequently caused the structure to collapse after several seconds. Pirelli has shared all the technical details of the analysis carried out so far with the FIA and the teams,” said the statement.