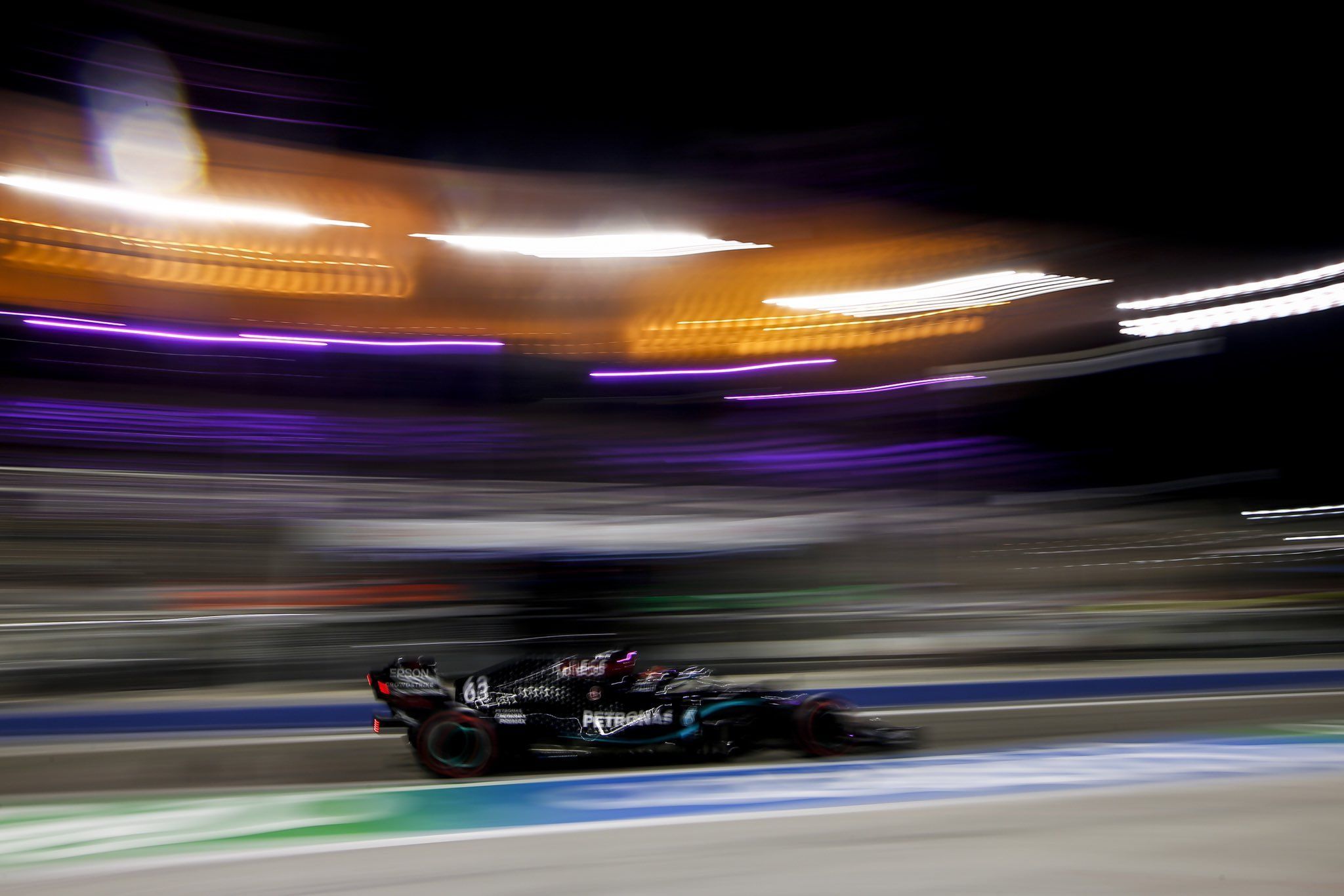 The F1 Sakhir GP FP2 session at Bahrain International Circuit ended up being a busy one for all as they were slipping and sliding all around in a new layout. The FIA, meanwhile, noted track limits monitoring at Turn 8 and also impeding situation at Turn 7-8.

Anyone going off at Turn 8 would have their lap deleted after drivers used it to their advantage in FP1. Here’s the revised FIA Director Race Notes: https://www.fia.com/sites/default/files/decision-document/2020%20Sakhir%20Grand%20Prix%20-%20Race%20Directors’%20Event%20Notes%20Version%202.pdf

It caught out multiple drivers in FP2 with multiple deletions but didn’t deter Mercedes’ George Russell as he led the way with a 54.713s. It was Racing Point’s Sergio Perez (54.866s) in second for long until Red Bull Racing’s Max Verstappen (54.841s) beat him.

The Mexican had a broken piece in his hand at one point which he had to pit and give to his team. Renault’s Esteban Ocon (54.940s) also found time from FP1 to FP2 to end up fourth as he led Red Bull’s Alexander Albon (55.036s).

There was trouble for Sainz too with the gearbox late in the session, which was double whammy for McLaren as Lando Norris had a floor damage after running over the kerb. It was related to power unit which Renault tried to fix but couldn’t, ending his run early.

It was misery for Mercedes’ Valtteri Bottas (55.321s), who ended up only 11th, on the hard tyres, after his quick lap was deleted due to track limits. The Finn had a damage to his car in FP1 as he continued to be hurt in FP2 as well – looking off-colour.

There was double moment for Magnussen, one with Williams’ Jack Aitken at the start and the second where he had to slam the brakes seeing a spinning Ferrari of Sebastian Vettel. The German did not have a great time with multiple offs all-session.

Both Vettel and Norris had their best times on the medium tyres. While others had a busy session on track, Haas’ Romain Grosjean was in the gym, trying to workout and push himself to be ready for the Abu Dhabi GP:

Here’s how the F1 Sakhir GP FP1 panned out