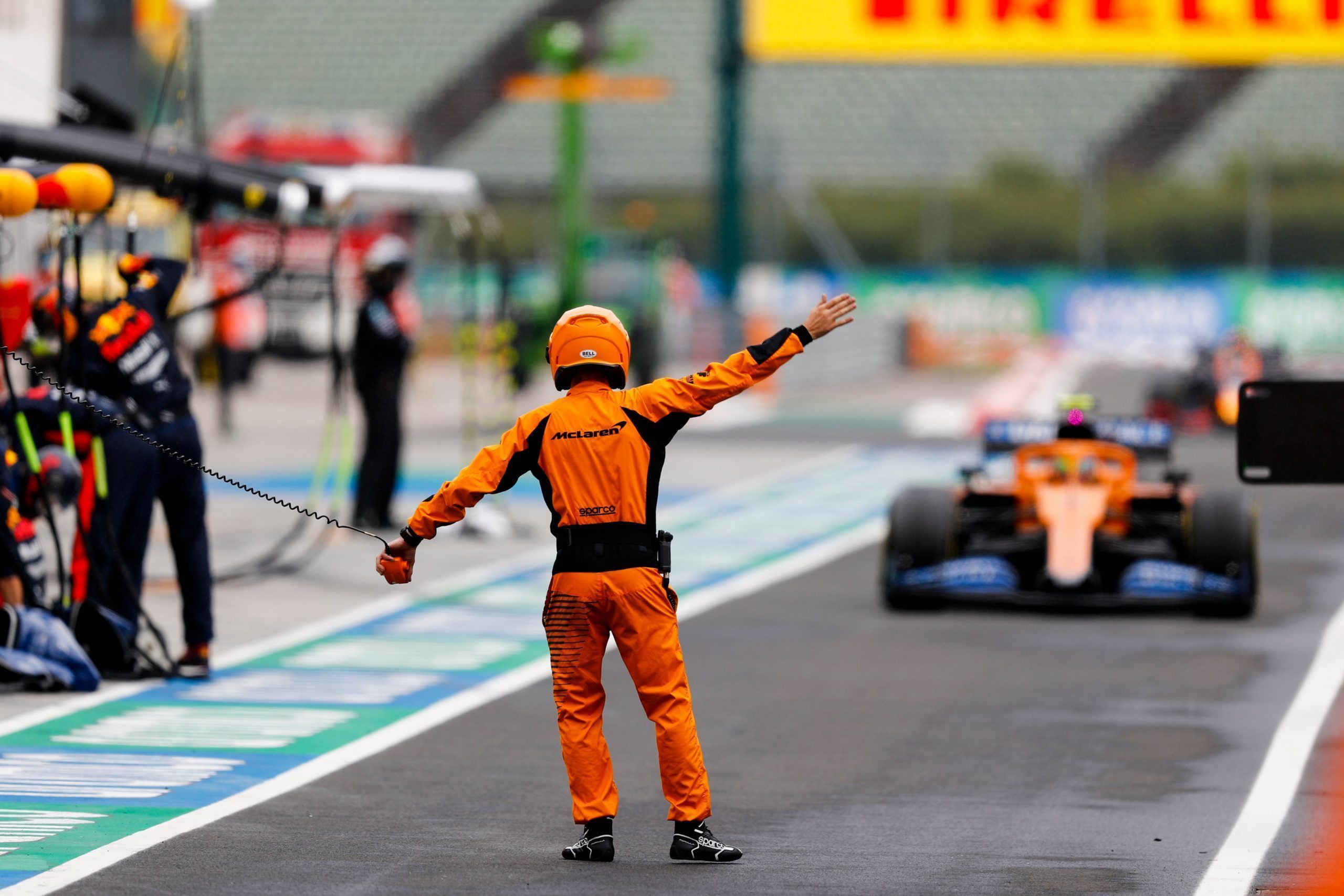 If McLaren’s 2020 F1 season was a wave in the ocean, the Hungarian GP was that wave’s breaking point. That’s not to say that they had an appalling result at the Hungaroring, or even an especially bad one when compared to what they might have expected from a race before the 2019 season.

It is, rather, to say that their momentum – the string of incredible results at the Red Bull Ring – was greatly slowed in Hungary – a race in which the two McLaren drivers Sainz and Norris came ninth and 13th, just enough to stay ahead of Racing Point.

Their pace seemed to be there for a slightly better result, but their day was plagued by a host of mistakes and mis-fortunate events, not the least of which was the moment in pitlane for Sainz with Nicholas Latifi, who had been unsafely released into his path.

Sainz detailed the comedy of errors and misfortunes after the race, adding that he still has to pore over the data to fully understand their struggles. “I think a point was not what we thought heading into the weekend especially the start we had to the season,” started the Spaniard.

“We missed out in the pit stop again, we had a slow release from the box, not fault of our team but just bit of traffic in the pitlane and we lost a bit of positions there, then we had to recover back in the points. The balance was not great still like the whole weekend, it is the matter of analysing it and see where we can improve,” summed up Sainz, who had originally finished 10th but gained a place to ninth due to penalty to Kevin Magnussen.

Norris, meanwhile, lost at the start according to the McLaren driver, who stated that – at a track at which it is difficult to overtake – such a poor start as his was highly costly. “The pit stop was fine but I lost out at the start,” he said. “I fell back into traffic but I was P18 after first lap, so the team did a good job with the pit stop even.

“It was probably the worst start of my life, I got a bit eager with the whack paddle and I just screwed everything up and it is just a difficult track to overtake and couldn’t do anything more. I tried to come back but P13 was the best I could do,” said Norris.

Despite the shortcomings, it was a thrilling outing for both Norris and Sainz as they had plenty of battles – interestingly, both had their best of the race against Ferrari’s Charles Leclerc. The Brit had a last lap fun as well when he cleared Renault’s Esteban Ocon.