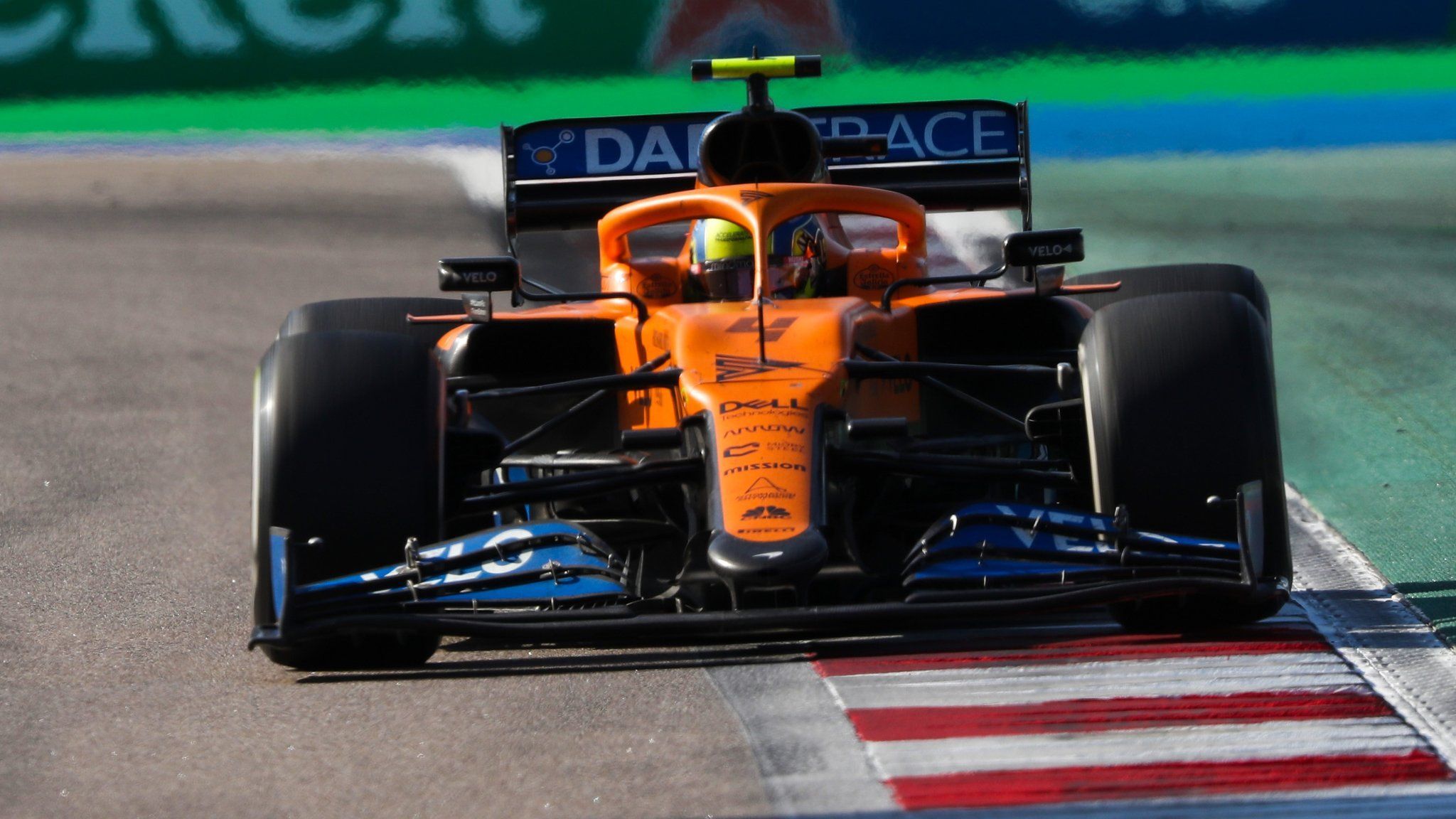 It didn’t take terribly long for the McLaren of Sainz to slide to a halt at Sunday’s F1 Russian GP, but each second of its journey into the barrier, and then subsequently across the smooth surface of the Sochi circuit was full of heartache.

A poor start put the Spaniard on the back foot heading into the second turn, and here he ran wide upon the turn’s cumbrous exit. Rules mandated that Sainz navigate a bollard slalom, and it was an attempt to do this that saw his race meet its end.

Sainz careened into the barrier in a flinch-inducing impact, thus destroying his MCL35. “I actually didn’t have a very good start,” he said to TV media. “The dirty side of the grid was terrible and we were all slow off the line.

“And then unfortunately in T2, I had someone on the inside, I ran a bit wide, and by the time I went through the bollard, I had a very narrow angle, and I misjudged my entry speed and hit the wall pretty heavy. A misjudgment on my side — a mistake.

“Unfortunate that we are out in turn two. Apologies to the team for that.” Accepting blame all the while, Sainz, though, did criticize the turn at which he had his incident, a deceptive right hander dreaded by drivers, and unappreciated by fans.

“[But] I still think that corner [T2] shouldn’t exist,” he said, a topic echoed by more F1 drivers. “It’s not a very nice corner to drive around and it generates these kinds of situations,” summed up Sainz.

Sainz’s marooned McLaren was to the detriment of his teammates’ race, as Norris was forced to slow in order to evade the Spaniard. The British F1 driver also collected debris, which later played a part in a steering issue that marred his race.

“I had a good start, good run down into T1,” said Norris to TV media. “I got past a few drivers, and I had to avoid some of the people that overshot completely, and risked other peoples’ races in some ways. But then I still got damage from all of the debris, and that hit something on the car and damaged it in some way.

“I don’t know what happened. That’s something we have to investigate with that steering feeling. I think that was the biggest difficulty of all: trying to get used to that. As soon as you lack a bit of feeling in this kind of car, it’s very difficult to drive.

“My judgement every lap was changing, because sometimes it would almost fix itself, and I’d think ‘Alright I’ve got some confidence’, I’d push, and then it would completely go. Very difficult race, [but] we did our best,” summed up Norris as the Brit only managed 15th after a late third stop.