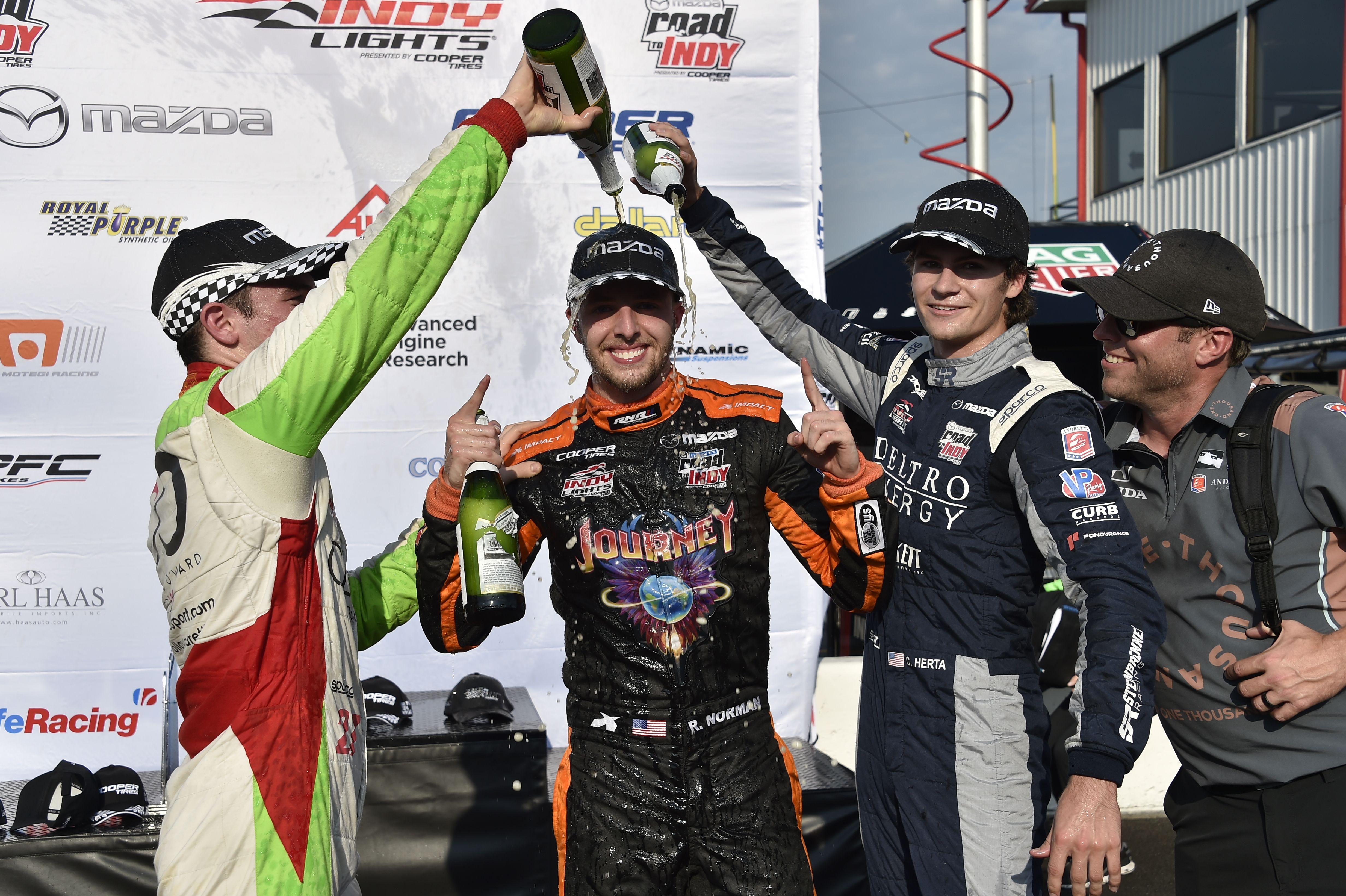 Colton Herta started from pole position and led the race almost all the time, until Ryan Norman attacked him.

In lap 69, Ryan Norman took the leadership. He defended very well from his team mate attacks and won his first Indy Lights race. His best result in this category was a third position.

With the second position, Colton Herta reduce the gap between the championship leader Patricio O’Ward, who finished in 3rd position. The distance among them is now about 28 points. Only it is left a round, which will take place in Portland, before the ending of the championship.
Belardi Auto Racing’s Santiago Urrutia finished 4th. He was followed very close by his team mate, Aaron Telitz. Juncos Racing’s Victor Franzoni was 6th and Andretti’s Autosport Dalton Kellet ended 7th.

At the end of the race, Ryan Norman commented:

“Colton did a great race today and it was a very funny race. Now, I am quiet after winning my first race. I knew I had to achieve it in this two last races before ending the championship. I took some podiums this season, but I wanted to show I was able to battle for the triumphs.”