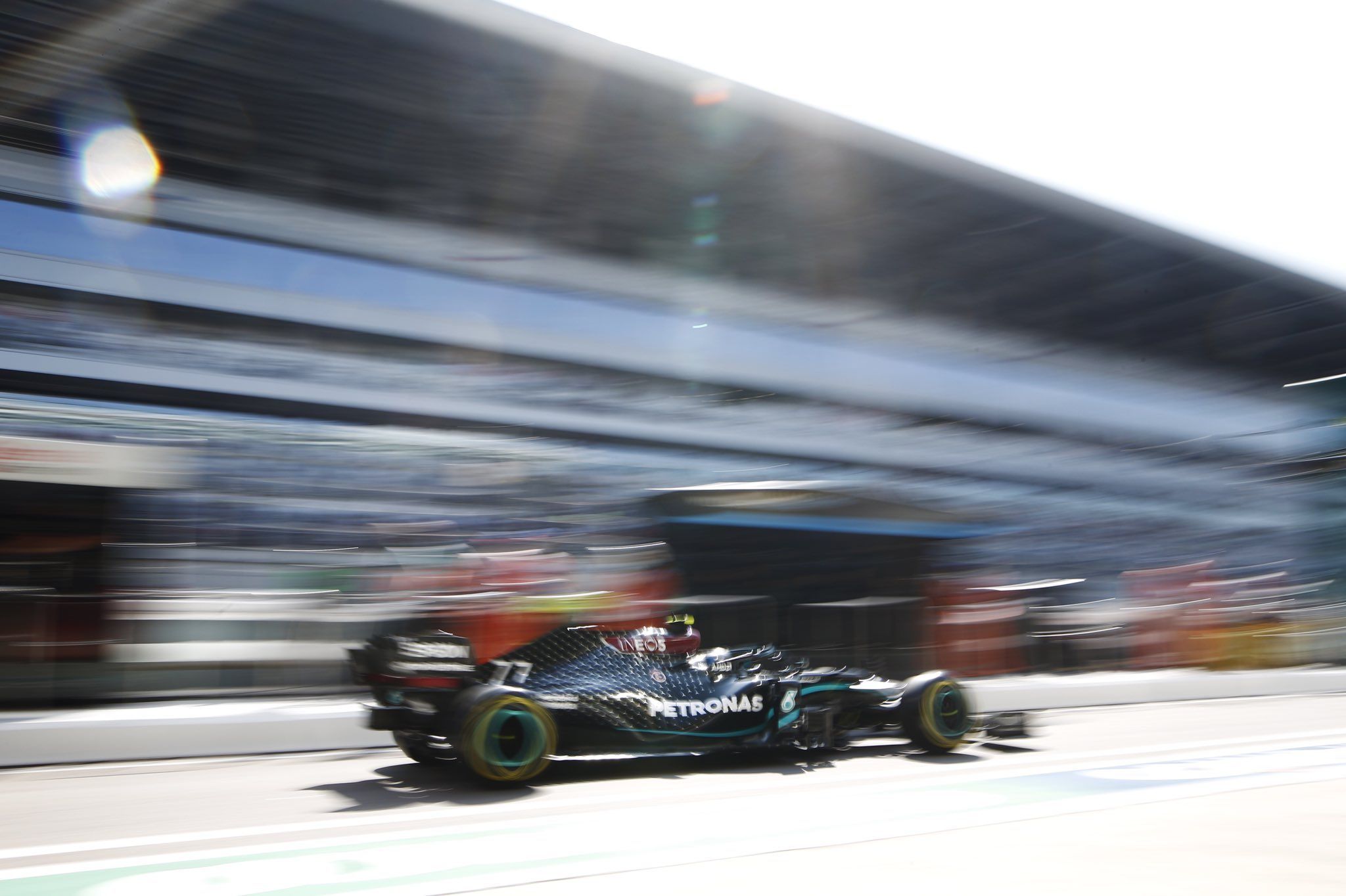 Bottas continued to lead the way in F1 Russian GP FP2 session at Sochi with a 1m33.519s as he led Hamilton (1m33.786s), who had multiple offs looking for grip. Not just the Brit but even the Finn would have more time find, after troubles on their respective laps.

Towards the end of the session, Bottas complained about steering issues but he continued on after some checks. While Mercedes headed the pack, Red Bull Racing were far off as Renault’s Ricciardo ended up third with a 1m34.577s.

The two McLaren pair did well with Carlos Sainz (1m34.723s) returning from Russian GP FP1 crash to be fourth ahead of Lando Norris (1m34.847s), with Racing Point’s Sergio Perez (1m34.890s) sixth despite not having the full upgrades.

Renault’s Esteban Ocon (1m35.139s) was ninth as Ferrari’s Sebastian Vettel (1m35.183s) rounded out the Top 10, with the Italian manufacturer having a better start to the Russian GP weekend. They have aero upgrades but it is more towards 2021 season.

Behind the Red Bull trio was Alfa Romeo Racing’s Kimi Raikkonen (1m35.516s) as he led Williams duo of Nicholas Latifi (1m35.563s) and George Russell (1m35.575s) as the Canadian came back well from his Russian GP FP1 crash.