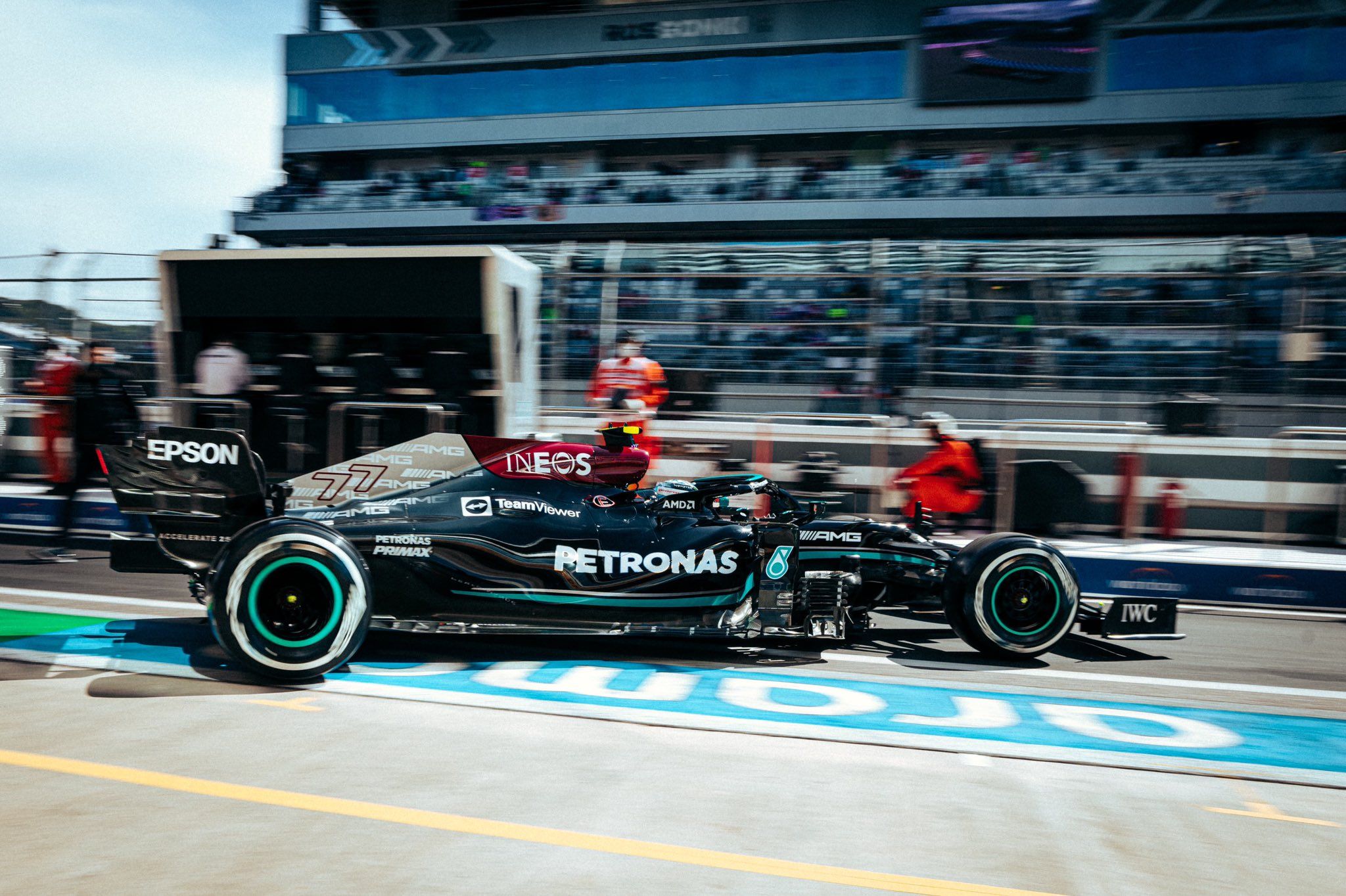 Mercedes led the way in FP1 of F1 Russian GP with Valtteri Bottas ahead of Lewis Hamilton, while Red Bull’s Max Verstappen was third.

Amid track limits lap deletion, there was a minor off for Norris at Turn 10 and he also tapped the wall at pit entry to spin  after the session – he damaged his front wing in a strange incident. he race control deployed the Virtual Safety Car to clear out debris at T1.

Aston Martin’s Lance Stroll was 12th from Alfa Romeo’s Antonio Giovinazzi, who had lock-ups multiple times in the session, but was still able to better McLaren’s Daniel Ricciardo. The returning Kimi Raikkonen was 14th in his Alfa Romeo machine.

The Finn had a minor off moment too, as he led AlphaTauri’s Yuki Tsunoda, who noted that the car felt very nervous. The Williams duo were next, with George Russell ahead of Nicholas Latifi, as Haas’ Nikita Mazepin led Mick Schumacher.

A special design for a special race 🏅

Nikita will wear this unique design during the #RussianGP weekend, featuring the names of medalists from this summer’s games.