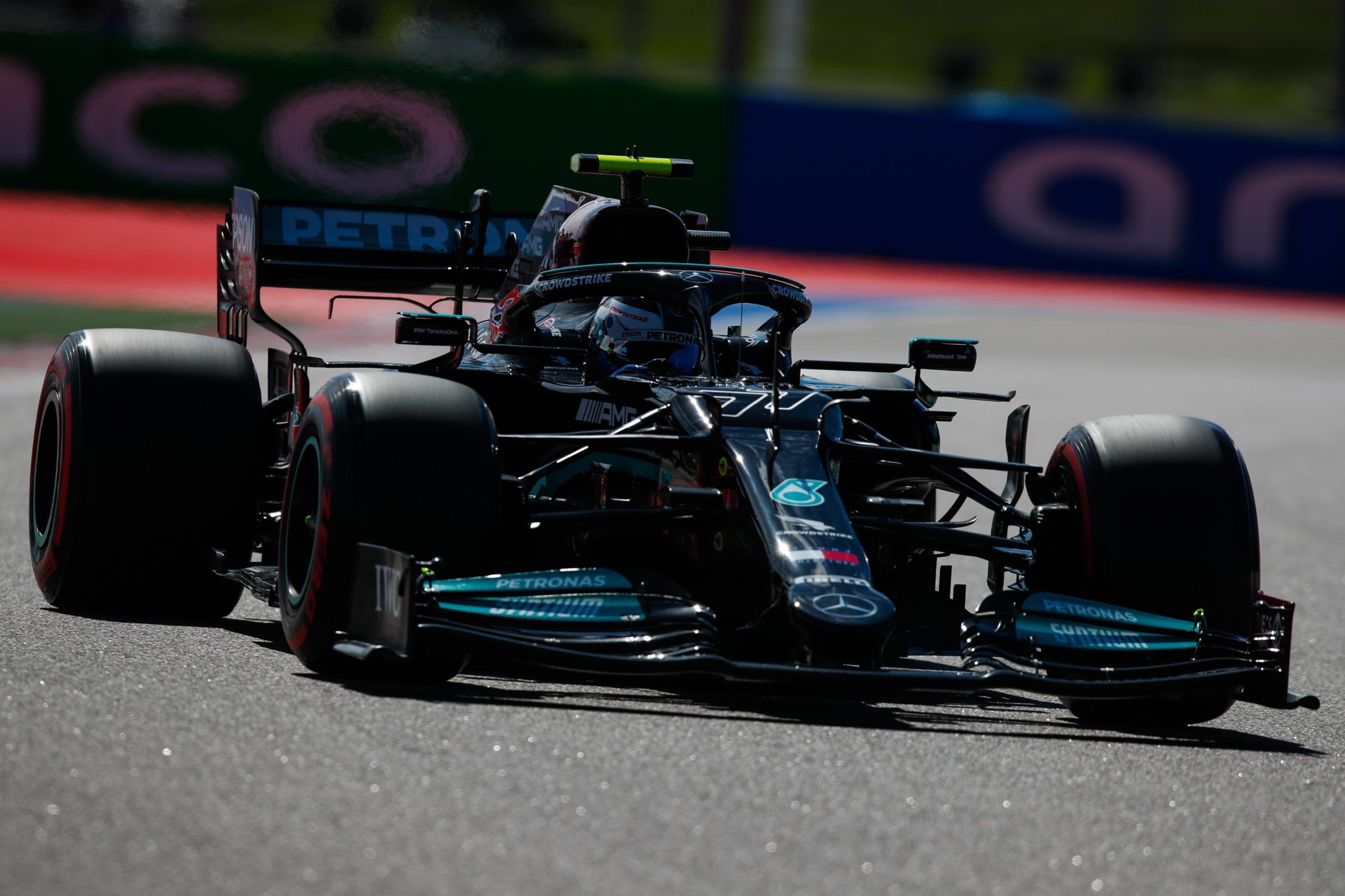 Hamilton had couple of moments in the session, where he hit his front jackman in the pits after braking late, where the team personnel was okay. Later on, he had a wide moment at Turn 7, going over the sausage kerb before rejoining the circuit.

There was a wide moment for McLaren’s Lando Norris (1m34.154s) too at Turn 10, as he ended up fourth ahead Alpine’s Esteban Ocon (1m34.402s). There was also a late moment for Gasly, who lost his front wing in the Turn 1-2 sequence after going over the kerb.

With a new power unit in his car, Red Bull’s Max Verstappen (1m34.621s) was only sixth – focusing more on race trim. The Dutchman will start from the back irrespective, having a new component for each of the power unit package.

The Monegasque had a half-spin earlier in the session after running on the astro-turf at Turn 8-9, the similar corner where Alfa Romeo’s Antonio Giovinazzi too had a spin. He smashed the barrier, suffering a rear wing damage – also causing a red flag period.

Red Bull’s Sergio Perez was 11th, with Alfa Romeo’s Kimi Raikkonen 12th. The Finn complained of something in his eyes troubling him, as Williams’ George Russell was 13th from Giovinazzi and Aston Martin’s Lance Stroll in the Top 15.

Williams’ Nicholas Latifi was 16th from McLaren’s Daniel Ricciardo, as the Australian lost a lot of time in the pits after the team were forced to go back to an old power unit, after they found problem with the power unit he used in FP1.