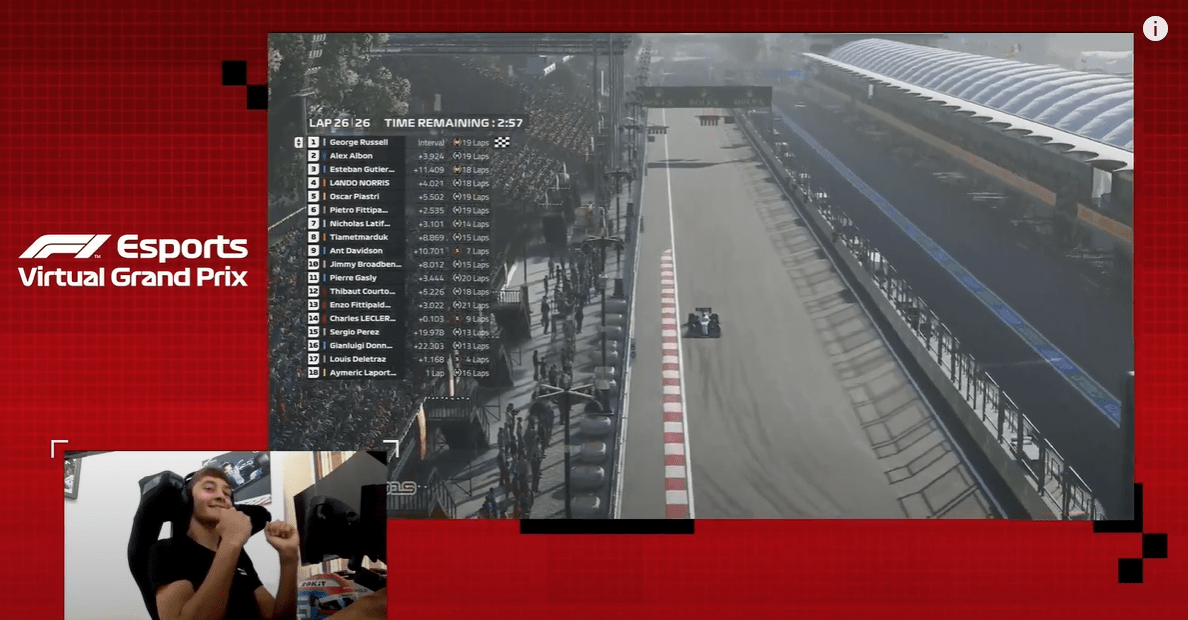 The F1 Virtual Grand Prix (Virtual GP) was back for the Azerbaijan round held at Baku with George Russell winning for the third time.

The Virtual GP returned for the seventh time for the Azerbaijan round, which was held at the Baku circuit on the F1 2019 game. There were some changes in the driver line-up too with the current grid of drivers up to eight but they had a former racer in.

Among the drivers returning from Monaco Virtual GP round were Esteban Gutierrez (Mercedes), Thibaut Courtois (Alfa Romeo) and Pietro Fittipaldi (Haas) and Louis Deletraz with plenty of new racers in for the penultimate round.

Ferrari recalled Enzo Fittipaldi as Racing Point got Jimmy Broadbent back with Mercedes having Anthony Davidson. Renault, meanwhile, went for Oscar Piastri and Aymeric Laporte as AlphaTauri had Gianluigi Donnarumma, Red Bull going for Matthias Walkner and McLaren having Ben Daly as they turned the damage off again for this race.

It was Russell on pole as he beat Albon, while Deletraz was third with Gasly seventh, Norris ninth and Leclerc 10th. The Brit made a solid start from the Thai and Gutierrez as there were multiple incidents behind with Gasly, Leclerc and Perez losing out.

The fight at the front steadied on in the 26-lap race as Russell eventually made it three F1 Virtual GP wins in a row in Baku ahead of Albon as the Brit took the points lead with Gutierrez completing the podium position ahead of Norris.

Here’s where you can watch it in full: https://www.youtube.com/watch?v=Sp6A0hVv2Tw

The F2 and F3 had its final Virtual Racing action, with their series running races at Baku as well, the first of which had Prema’s Piatri – Renault junior – on pole position, and the same man out in front at the end of the race.

Trident’s Lirim Zendeli was second, ahead of Enzo Fittipaldi, Arthur Leclerc (Prema), and Victor Martins (MP Motorsport). In the reverse-grid race, Jack Aitken (Campos) started on pole, but it was Louis Deletraz (Charouz) who won after a battle with Roberto Merhi..

Behind the two, UNI-Virtuosi’s Guanyu Zhou rounded out the podium position, with Martins and Juan Manuel Correa completing the Top 5. Here’s where you can watch it in full: https://www.youtube.com/watch?v=tVSN1mTH51s

On the F1 side, the Pro Exhibition race continued on as well, where David Tonizza took pole position using his Ferrari. In the end, Alfa Romeo’s Jarno Opmeer won, with Tonizza second and Lucas Blakely third in his Racing Point car.

Here’s how Round 6 of F1 Monaco Virtual GP went 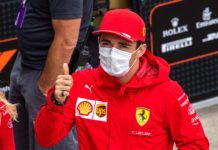