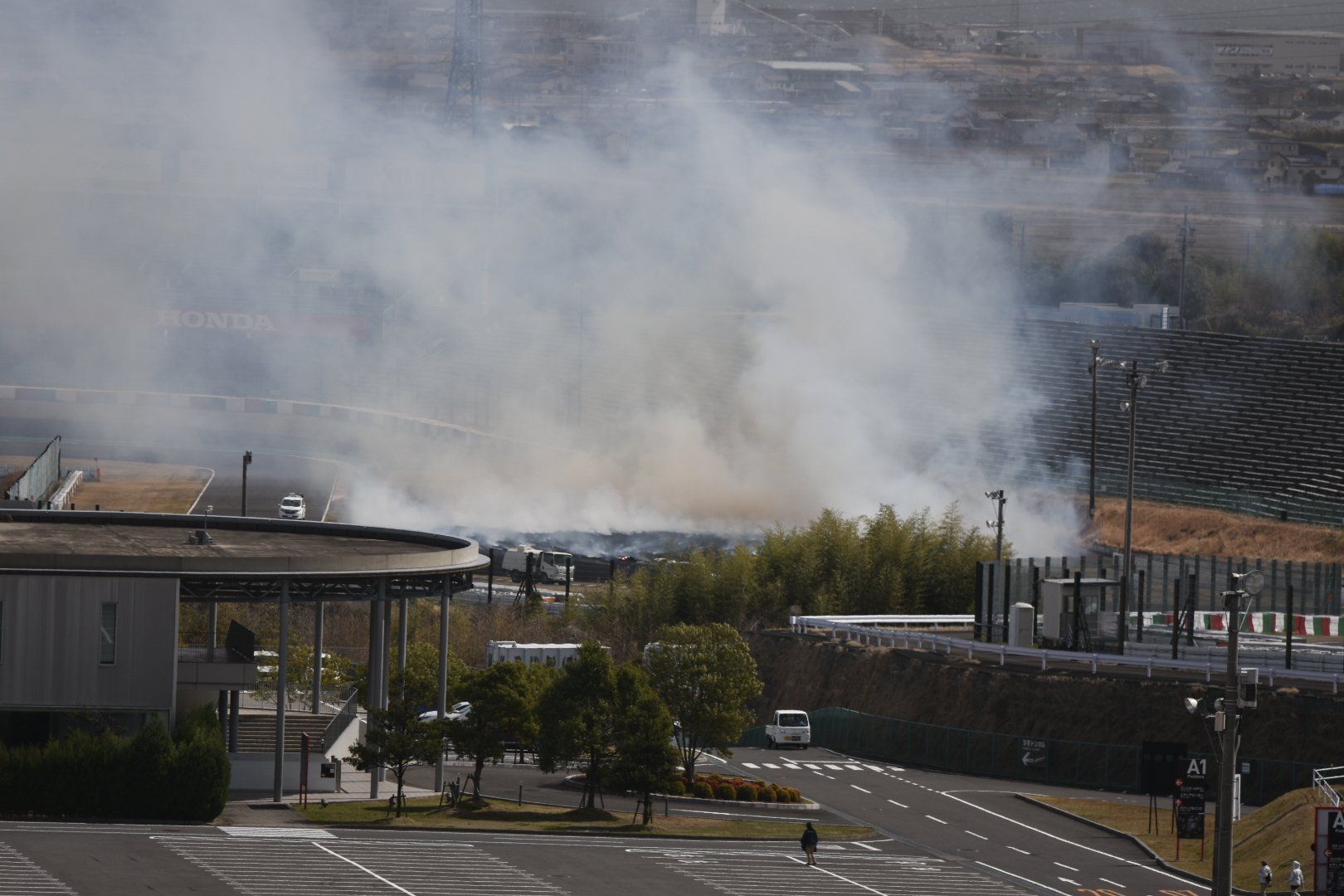 Photos of a fire at Suzuka surfaced on social media earlier on Tuesday, amid an ongoing private test – presumably of Super GT.

Just days after the official running of Japan’s Super GT ended, private running continued at Suzuka circuit, albeit, most likely to test the tyres. In fact, Nakajima Racing’s Hiroki Otsu stated on his social media about testing at the track, earlier on Tuesday.

And moments later, photos emerged of smoke blowing on the S-curved lawn, at a right-hander at Suzuka. There were two photos, where the first one showed the smoke, while the latter showed the fire doused, but the grass run-off going fully black.

A GT300 class runner Ryo Michigami – who drives for Drago Corse in Super GT – asked on his social media about the possible reason for fire. It was then, the GT500 runner Otsu, who noted that it could have been the titanium spark from his test run.

Michigami questioned if Otsu did it, to which, the latter responded that there is a ‘one-third’ chance that he may have done it. There was no official word from Suzuka about the fire, but the person who uploaded the photo mentioned of no injuries to anyone.

From the conversation between Michigami and Otsu, especially the latter, it could be deduced that the dry grass may have caught fire from the sparks of the car exiting the corner. Few readers on social media also noted about the dry weather in the region.

Here’s the couple of photos:

The photos of the fire emerged on a day when the circuit announced the cancellation of Intercontinental GT Challenge’s Suzuka 10 Hours round, due to ongoing COVID-19 travel restrictions. Unlike last year, they are planning to replace it with a Middle Eastern round.

SRO boss Stephane Ratel said: “It is with sadness and disappointment that I confirm the Suzuka 10 Hours will not take place this year. The race is a true highlight of the international endurance calendar and one we look forward to returning to in 2022. But out of this disappointment also comes an opportunity, and there are several in the Middle East that we are currently considering.”