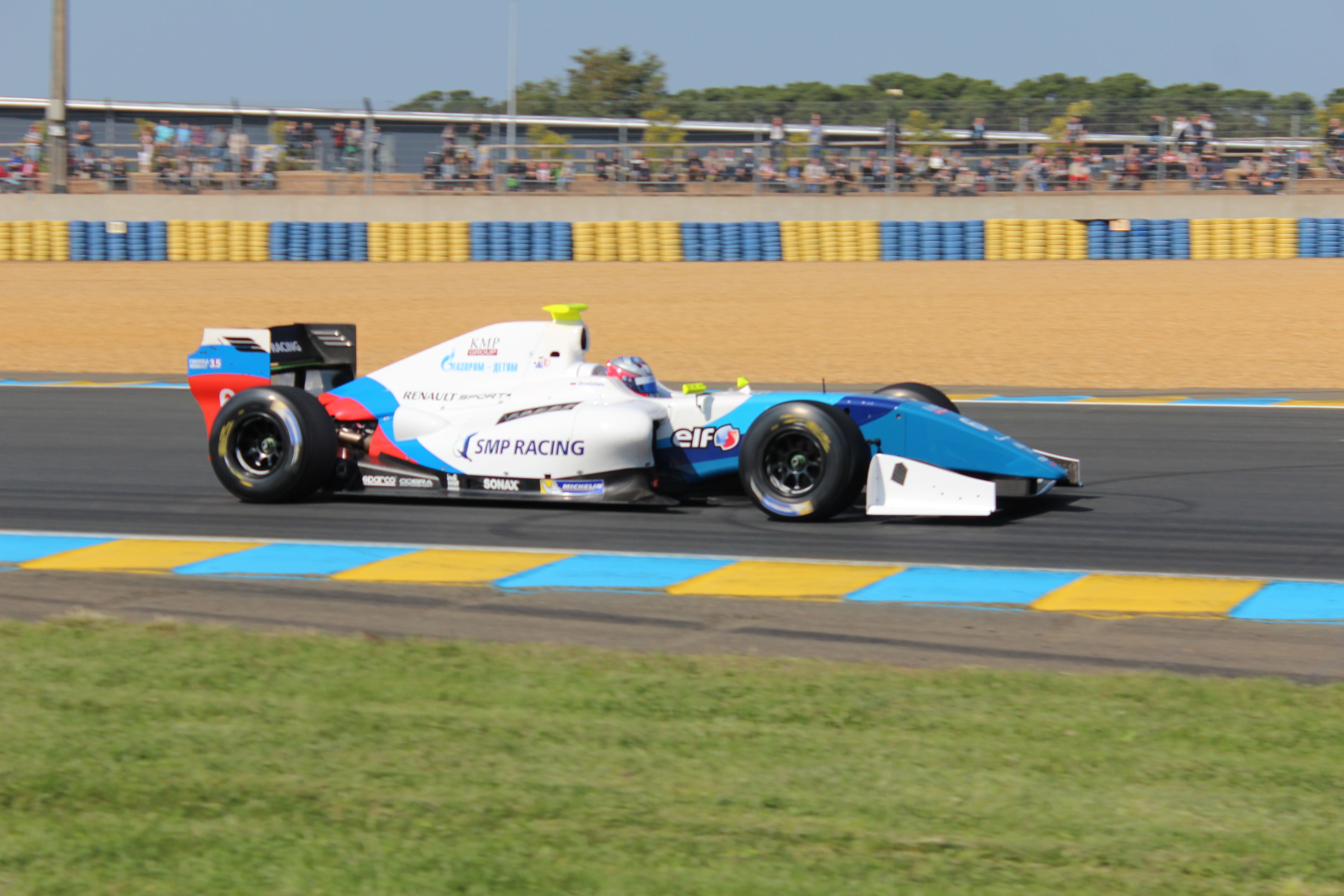 Today’s race was strange but a one to remember, and also a strategic race. Tio Ellinas (Strakka Racing) started from pole position alongsideMatthieu Vaxivière (Lotus) as Oliver Rowland (Fortce Motorsports) started from fourth-teen.

The Racing Steps Foundation driver only depended of Vaxivière results to win the championship. To avoid that, “Vaxou” should has win the race and Rowland finishing out of the points.

At the start Matthieu changed directly from 3th to 4th gear, and this make him lose a lot of places at the start, Ellinas keep the top place followed by Tom Dillmann, Egor Orudzhev –who started fifth, and Aurélien Panis.

The Lotus young driver and championship contender, had to fight with Nyck De Vries (Dams) before the pit stops. Behind him, Rowlandgained two positions and then overtook Marlon Stockinger (Lotus) for 11th position.

But after 7 minutes of race we had the first safety car, when the drivers were going to pit. Yu Kanamaru (Pons Racing) crashed into André Negrao’s car (International Draco Racing) after an unthinking manoeuvre by the Japanese driver over the Draco car.

This helped a lot to Rowland who managed to overtake Nissany (Tech 1 Racing) and then imminently stop in the pits, like Ellinas, Stoneman, Latifi, Gelael, Visser or the same Nissany.

One lap later, Tom Dillmann (Jagonya Ayam with Carlin) came in but traffic cost him lose a lot of positions. Dean Stoneman (Dams) overtook him at the pit exit. De Vries (Dams) also stopped so this give an opportunity to Vaxivière to push, and also to Orudzhev (Arden Motorsport) who didn’t stop at that time.

The Russian stopped one lap later than Dillmann, and in a perfect start, he went out of the pits in front of Ellinas, taking the virtual first place. Because on real top position was the local driver Matthieu Vaxivière who was the last who came in the pits.

When the Frenchman pitted with 17 minutes to go, he went behind Orudzhev. Both drivers made a big gap with Ellinas –who was third, and started a great battle side by side.

Vaxivière received the applauses from his crowd after cut 2 seconds and having try everything, but Orudzhev finally wins the race. Second place for Vaxivière who set a new circuit record lap of 1.23.413. Ellinas completes the podium.

Out of the podium, Dean Stoneman and Tom Dillmann on top5. Then is Aurélien Panis and Nicholas Latifi and then on eight place,Oliver Rowland who wins the Formula Renault 3.5 Series championship.

The Fortec driver quoted after the race that next year he have some options to race in Formula 1 or GP2 Series.

Gustav Malja and Nyck de Vries completes the top 10 of Race 2 at Le Mans. Next race will be in Jerez in 3 weeks’ time for the final round of the season.