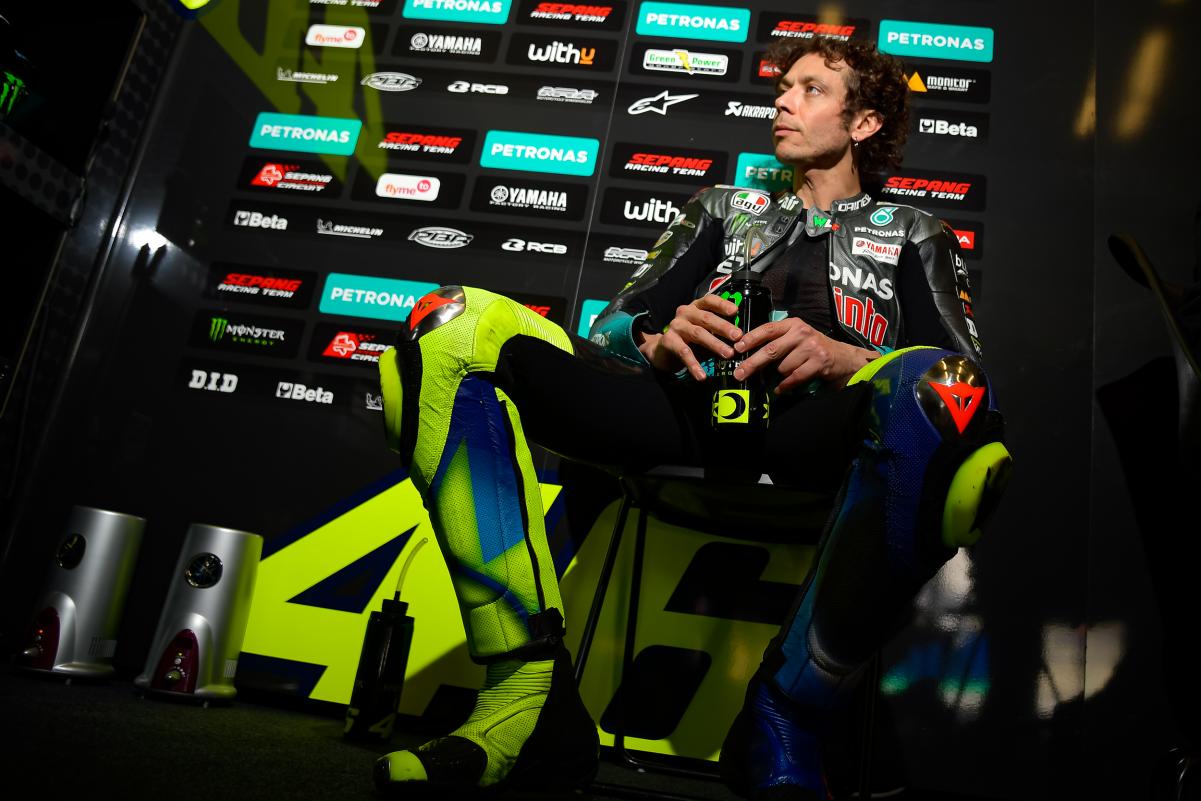 Valentino Rossi has replied to the opinions of Kevin Schwantz and Carl Fogarty amid a difficult MotoGP season for the Italian.

After showing some pace with factory Yamaha in recent years, Rossi has somewhat struggled with Petronas SRT, even though he is still riding the M1. He is far off from teammate Franco Morbidelli, who is on an A-Spec machine.

It is a mix of things for Rossi, as he trying to get back into the rhythm and ride, at least, in the mid-pack, rather than at the back. This has also prompted the likes of Schwantz and Fogarty to discuss about his form and also future in MotoGP.

While the former suggests that there is still fight left in Rossi, the latter feels that the current technology is making life tougher for the Italian, especially on the electronics side. The nine-time champion acknowledged the opinions, but noted he doesn’t read too many.

“I don’t read anything, ever. But it’s been like this for 15 years,” started Rossi, when speaking to media including MotoGP, Crash, The Race, Motorsport Network and more. “But sometimes I see things on Instagram. Somebody speaks well about me, somebody less.

“I saw good words from Kevin and from Fogarty. I have to say thank you to the ex-champions that speak well. What I like is that Kevin said he still trusts in me and that I still have some fight inside. I agree with him and will try to demonstrate.”

While talking about having no fans at Mugello, Rossi slipped in that his racing in 2022 depends on the results he can get in the races to come. “It’s a great shame to not have any fans this year at Mugello, but [my future] depends very much on the results if I continue in 2022,” he said.

He is aiming to have a better run this weekend at Le Mans, but the weather conditions, could hurt his progress, especially in running some items. “It’s a shame because I like a lot Le Mans and historically it’s also a good track for Yamaha,” said Rossi.

“I hope for a dry weekend also to understand if the work from the Monday test at Jerez can help us to be stronger also here. But the weather is like this and we will see. Will be important to try to be competitive in all the conditions because the weather changes every ten minutes.”