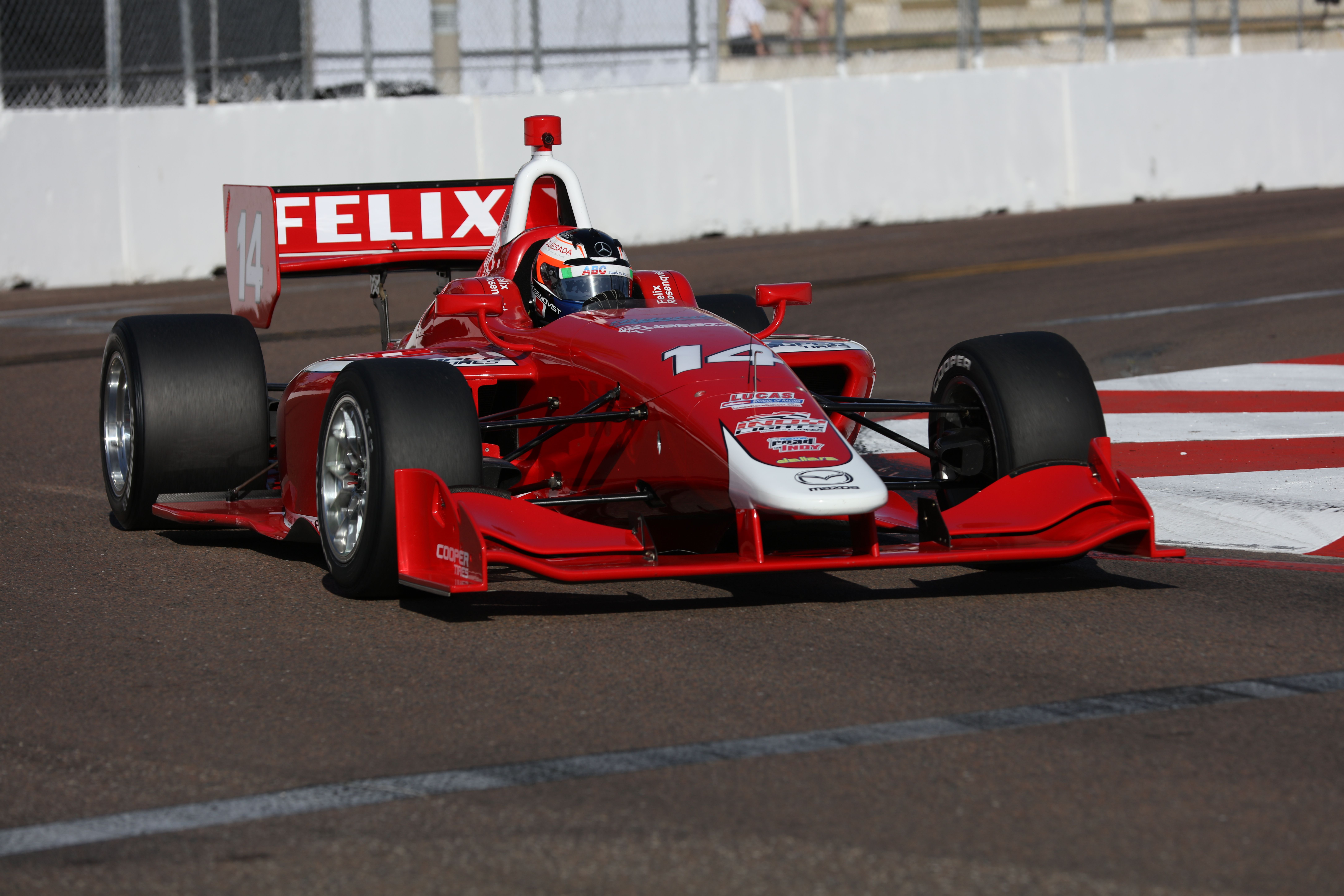 Felix Rosenqvist started the Indy Lights season as they finished in FIA Formula 3 European championship, on top. The Swede was the fastest in the Friday practices sessions. Scott Hargrove followed him very closely.

Carlin drivers, Ed Jones and Felix Serralles managed to put one car from European squad on top 5 in each session, as Zach Veach confirmed the potential of Belardi Auto Racing, finishing on top5 in first practice.