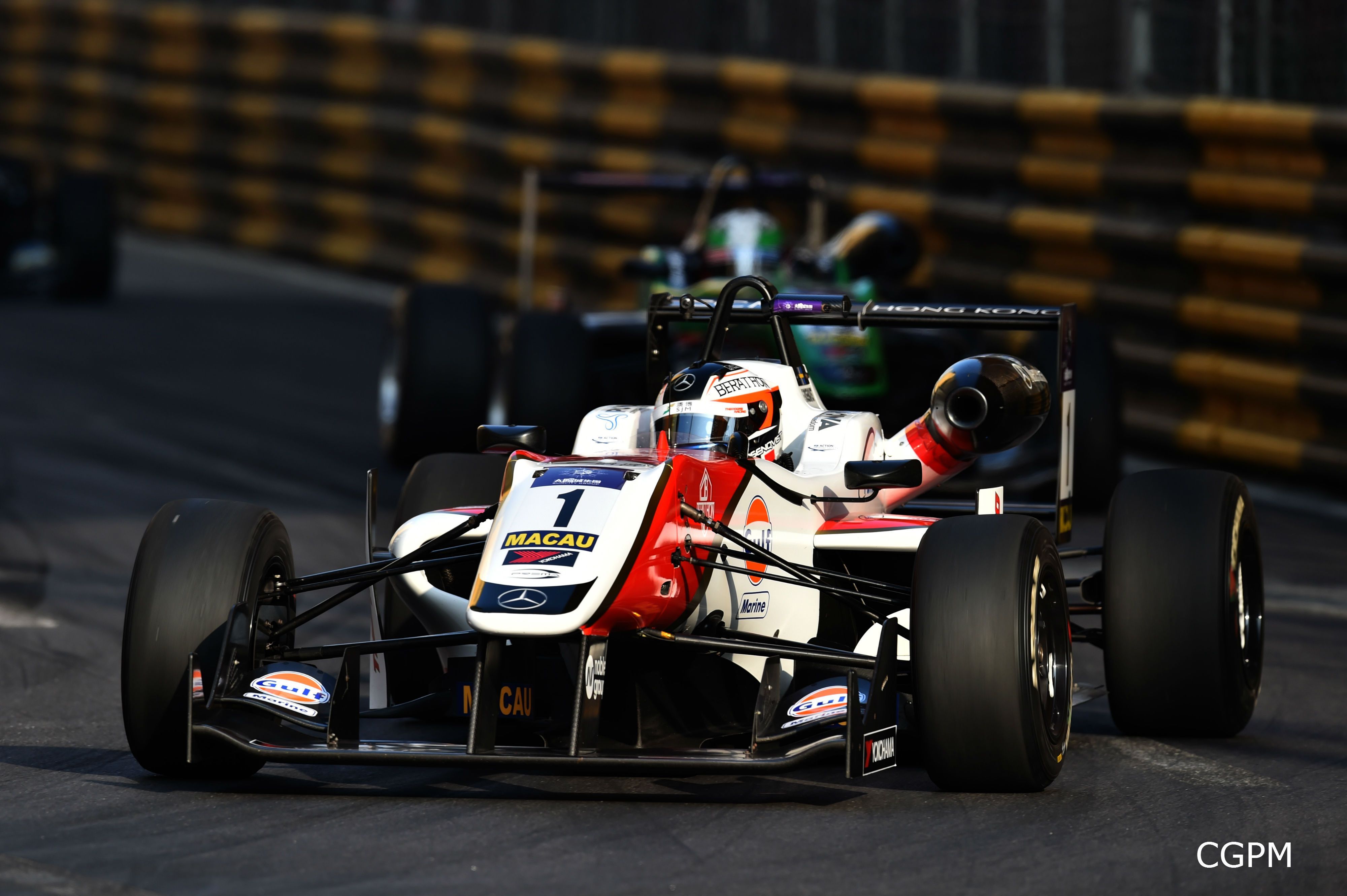 Felix Rosenqvist got his bid to become the first man to win three consecutive Macau Formula 3 Grands Prix off the perfect start on Thursday, when he topped the opening free practice session.

The Theodore Racing driver was near the top of the timesheets for much of what became an extended session, before delivering his best laps right at the end.

The Swede had moved to the head of the timesheets on the penultimate lap, before improving his best effort to a 2m13.099s on his final lap as he took the chequered flag.

“Everything went fine,” said the Swede. “The biggest thing to get used to is the tyres, because the Pirellis are different to what we have used here before. Plus, having not raced in F3 this year, I’ve got to get used to judging just how wide the car is. But so far, so good.”

Van Amersfoort Racing’s Callum Ilott ended the session second fastest, 0.412 seconds down on Rosenqvist after setting his best lap in the final minutes as everyone began to build up speed.

Japanese F3 champion Kenta Yamashita was third fastest, having been the pace-setter early on for his Three Bond with T-Sport Racing team.

Former winner Daniel Juncadella was fourth quickest, ahead of impressive rookie Lando Norris – who had briefly been quickest with 10 minutes of the session remaining before others improved.

The first practice session had to be extended by five minutes following a lengthy red flag delay caused by Ferdinand Habsburg crashing head first in to the barriers at Fishermen’s Bend after 15 minutes of running.

It took several minutes for rescue crews to retrieve his Fortec Motorsport car with a crane and then repair the Safer Barriers, but the session was eventually able to resume.

The only other notable incident was caused by Tadasuke Makino, who tried to carry too much speed in to Lisboa Bend with eight minutes remaining and swiped the barriers on the exit. He damaged the front left corner of his car.