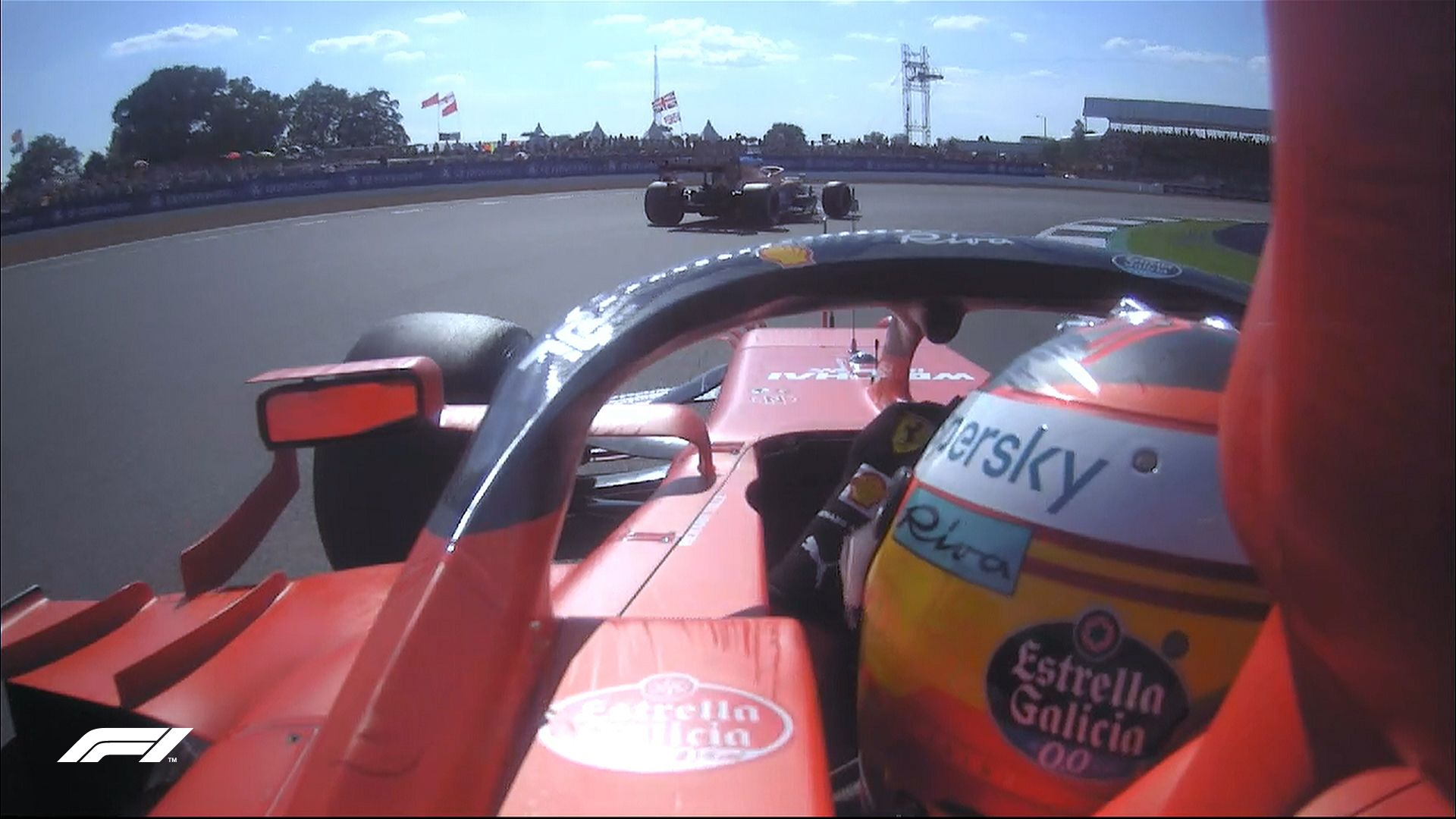 Daniel Ricciardo talks through the aggressive defending in F1 British GP which helped in his confidence, while Carlos Sainz rues pit error plus adds on trouble passing McLaren.

In F1 British GP, McLaren’s Ricciardo ended up fifth in the race – his first Top 5 finish of the season. This came after a disappointing few races before, with the Australian struggling to get to grips with his new car. Things seemed to have panned out well at Silverstone, with the driver feeling happy about his performance in the McLaren.

However, the driver also noted his experience with defending aggressively against Ferrari’s Sainz. He said that being aggressive with the car helped him understand it more. It has also made him more comfortable with his McLaren, and he hopes that he will be able to push it harder in the future.

Ricciardo made it in Q3 on Friday and gained a place in Sprint Qualifying, as well, as the main race to fifth, resisting Sainz for long in the end. “On paper, I am happy,” he said to TV media. “It is my first P5 of the year, it took a while but better late than never, so happy with that. The first stint, I could see the front pack drive away and I didn’t have enough speed and, so there’s still definitely some things to learn and improve and work on.

“When I saw Carlos coming in the second stint, he caught me so fast, and I obviously was ready for the fight and defense. But the pace he caught me, I thought, if there was a bet, obviously, he was favorite, but I certainly backed myself and certainly wasn’t to go down without a fight. I think pushing to defend, allowed me a bit more to stay on the limit, and get a bit more comfortable with the car on the edge.

“I learnt a bit more from that, so we’ll keep going and first time with both cars in Top 5 is good.” It seems that Ricciardo is confident now more than ever that he will be able to push his car further than ever, as the season comes to the business end.

The catalyst was Sainz, but he also had things to say about Ricciardo’s driving. In a sport dedicated to teamwork and peer appreciation, Ricciardo must take his fellow driver’s points of view in as well. The Spaniard was confident that he could have finished P4 or P5, but a slow pitstop hampered toppling the Australian.

However, he felt like the balance he had with the car throughout the entire race was the best he had ever had, and that it was a learning experience for him and the team. “It could have been better for sure, but all things considered, looking at the pace of the car, how strong we were, probably we could have finished P4 and P5, but we had a slow pit stop that cost us the position to Daniel,” said Sainz.

“The pit stops have been great, and it is first time it was average, but in general the pace was great and car was good to drive, I think, today was one of the best balance I have had all year and considering 60 laps ago we were last, it is not bad.” Both drivers seemed to have a learning moment, although the Spaniard was not done yet.

Elaborating more, Sainz stated that the McLaren of Ricciardo was extremely hard to catch, and due to its extraordinary straight line speed, there was no chance that the Ferrari could have caught up in time. Due to the dirty air, the Spaniard noted that trying to catch the McLaren was even more difficult, as the car was understeering everywhere.

“Unfortunately, we were a step behind Ricciardo the whole race,” said Sainz. “First on the medium. Then, we actually managed to overcut him with a very strong pace during the cleaner laps but unfortunately after the slow pit stop I had to go behind him again and in the hard tyre it was even more difficult to overtake him, because it just felt like a hard tire in the high speed could not take the load of the dirty air and I was understeering a lot more, and I couldn’t keep up with him in the high speed.

“Even though I have DRS I wasn’t close enough to him to try to get him. So unfortunately, it has happened to me now a few times that stuck behind a McLaren I am not able to pass, so it’s not news, they have a very strong straight-line speed, very strong deployment and power you know on exit of corners and it is probably one of the most difficult cars to overtake looks like,” summed up Sainz.

The net result for Ferrari and McLaren could be described as fruitful, as both drivers learned what it takes to compete with their new machinery. The McLaren in specificity, has looked dominant the whole season, with Lando Norris being the only driver on the grid to finish in the points every race. With Ricciardo also getting to grips with his car, the other cars on the grid, most notably Ferrari, must watch out.