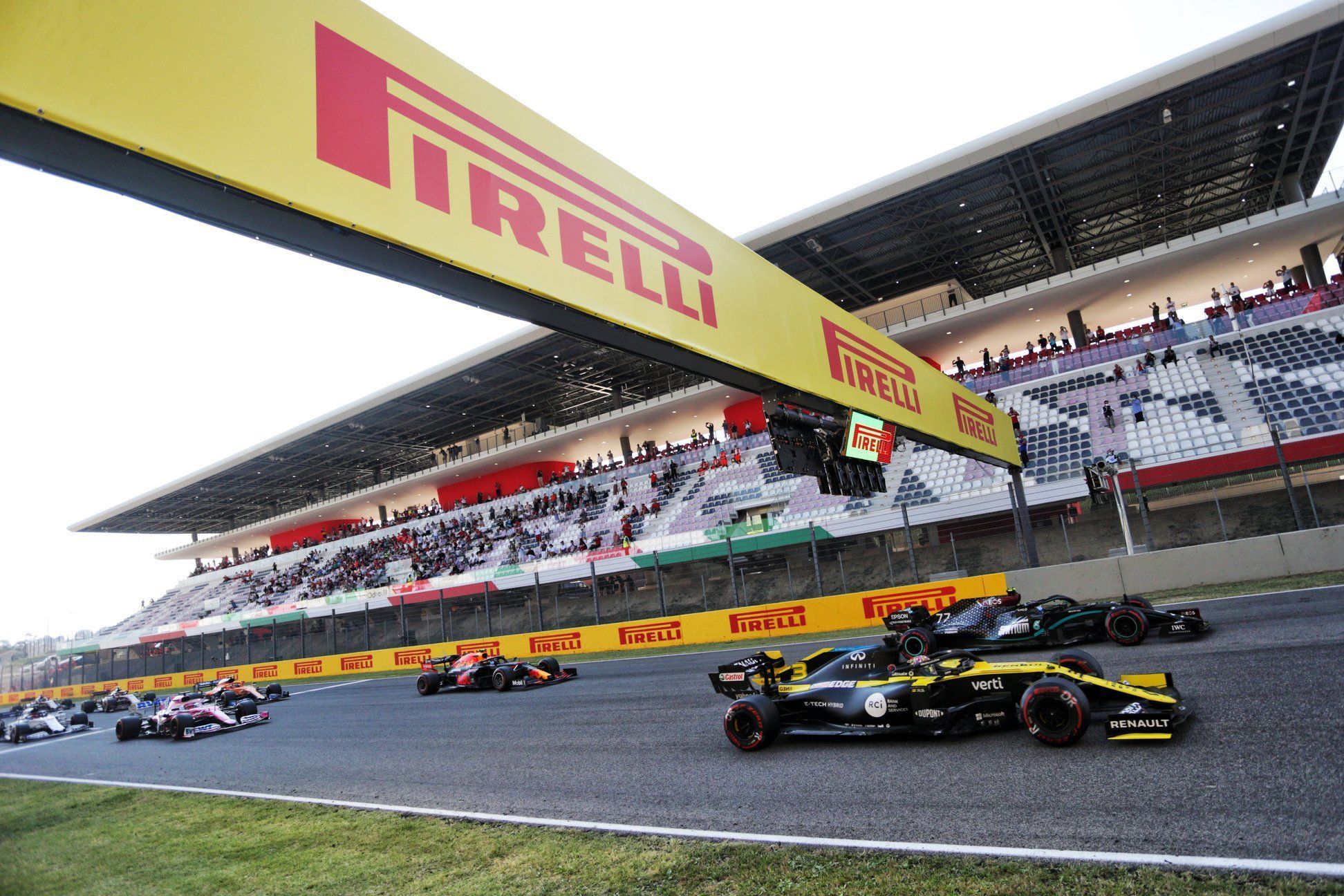 Cyril Abiteboul reckons Renault is moving in the right direction with their car in 2020 F1 season as Daniel Ricciardo talks about no Ferrari move.

At few points since their return to F1 in 2016 have Renault been more competitive than they have thus far been in 2020, with their R.S.20 performing better than its predecessor, or any of its antecedents as they find themselves in a tight midfield tussle.

It only took the team’s driver Ricciardo two races to reach this conclusion, as he hailed the car’s capability, particularly in dirty air. The team later caught the attention of the F1 community with various stand-out performances at Silverstone, Spa, and Mugello, not to mention a myriad of P4 finishes in FP2 sessions for various races.

Pace at Spa was, to some extent, expected, as it had long been understood that the team had developed their engine to a point of utmost competitiveness, and so at a power-sensitive circuit, logic followed that they would have pace unmatched by others in the mid-field, most of whom suffer from greater aerodynamic drag.

Mugello, though, was not expected to deliver such a result as it did. A high-speed track in many respects, the circuit in Tuscany, which demanded exceptionally high downforce levels, was host to perhaps the best race Ricciardo has driven since his Renault tenure began.

And, although his teammate Esteban Ocon was forced into retirement due to brake failure, this race was one that showed promise for Renault, who were happy to deliver an pleasantly unexpected fourth place.

“The best news of the day was that we were disappointed to be P4 at Mugello,” said Abiteboul. “That showed team progression in particular at a track where we were not expecting it, so that said something that we don’t completely understand with the car.

“Coming back to Daniel, he has been absolutely fantastic, he’s been brilliant. He was absolutely mega at Mugello, so it was a fantastic reward for him and for the team. If I look at the way that Daniel is smiling and behaving with the team, we feel that he is gaining confidence with them and the car, that’s good, there’s a progression.

“I think Esteban could have been there also. Everyone is in good mood and we feel we are moving in the right direction but it is so tight and so competitive,” summed up Abiteboul, who will have additional responsibilities as they re-brand itself to Alpine from 2021 onward.

For Ricciardo, who joined Renault in 2019, leaving Red Bull in an act of defiance against the monotony that had become of his career with the Milton Keynes team, is finally coming of age. Amid this transitory period of time, though, prior to his signing with them, he was linked to a seat at Ferrari, which would later be claimed by Charles Leclerc.

This, though, was not the first time the Australian has made headlines as a F1 driver with Maranello in his future, nor would it be the last. After Sebastian Vettel announced his departure from the team after this season, Ricciardo was once again talked about as a contender for Ferrari, but his swift signing with McLaren laid to rest these rumors.

And in current times, as Ferrari struggle to find adequate pace, only expected to improve a few years down the line, there have been suggestions that the Australian might have dodged a figurative bullet. Ricciardo, though, isn’t entirely confident this is the case.

“It’s tough, it’s tough to know really how long let’s say this string of results will last for the team,” he said. “I find it hard to see it lasting too long, but at the same time I didn’t expect to see the results be or for them to struggle as much as I have.

“They certainly are in a bit of a spot [of bother] at the moment. I didn’t really think that far ahead, if, what, how, why it would look. From that point of view I can’t really answer it, but yeah, I’m sure they will learn a lot from this year, and I’m sure they will pick themselves up in a better place for next year,” summed up Ricciardo.