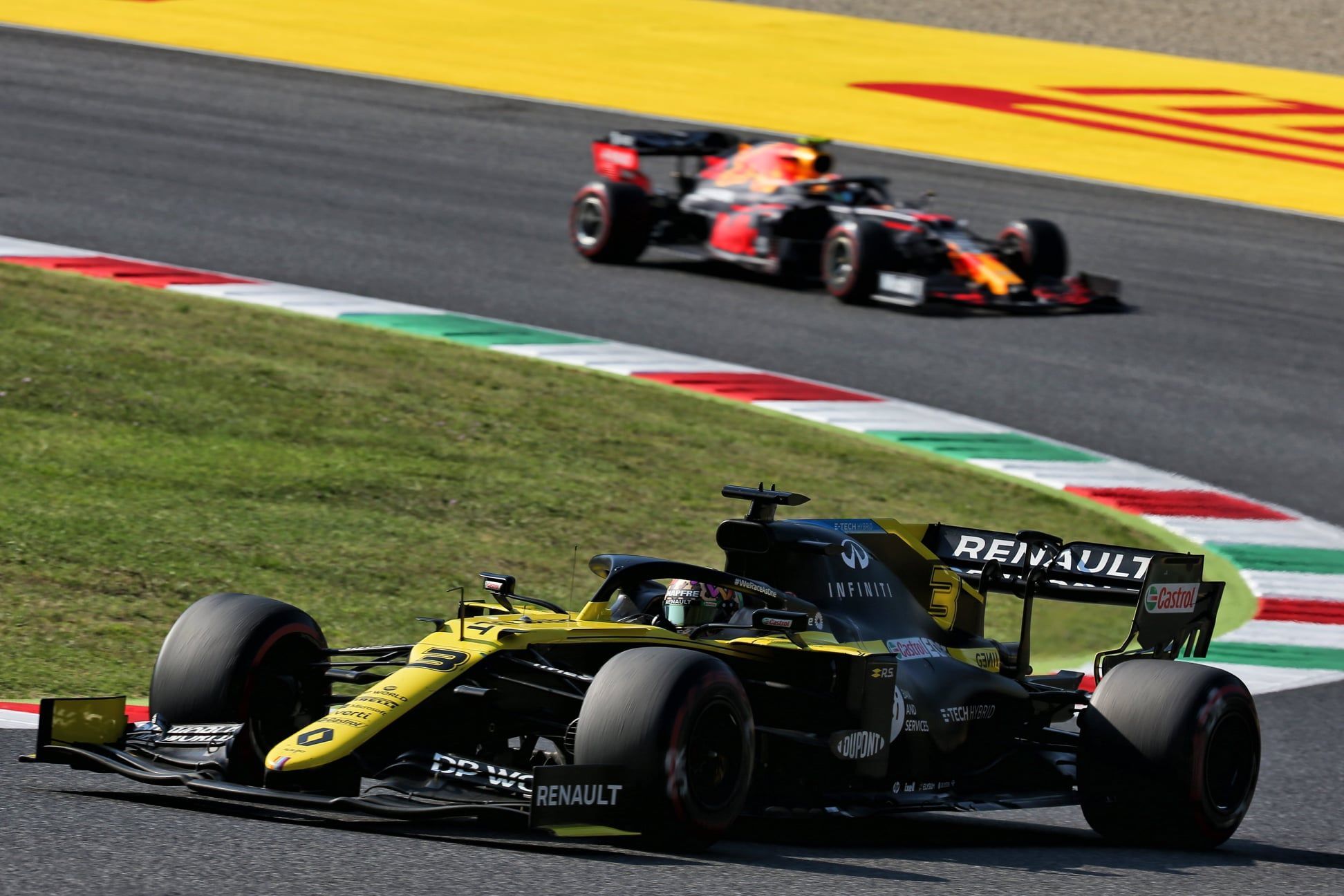 Daniel Ricciardo was encouraged by the pace of Renault in F1 Tuscan GP despite losing out on podium as Guanyu Zhou undertakes test run.

It was close in the end for Ricciardo to get that podium in F1 Tuscan GP that he desperately wants with Renault before his chapter closes with the French manufacturer. He had it in his bags as well, but for the pace of Red Bull Racing’s Alexander Albon.

Ricciardo did all the right things and even passed Mercedes’ Valtteri Bottas at second standing re-start but not only he lost to the Finn but also the Thai racer, who made a bold move at Turn 1. The Australian started to come back but there wasn’t enough laps.

Despite that, Ricciardo was impressed with fourth place finish on a track like Mugello, which wasn’t to be to their liking. “I am smiling on the outside, obviously, there is a bit of pain on the inside with everyone in the team,” said the Australian.

“We know it’s a little bit artificial, we had a great race, strategy was awesome as we undercut Stroll. The starts were great, put ourselves there. I think if Albon passed me on the start, we could have said, we lost it but we had it and he just had more pace than us.

“I felt like the first two stints, Albon was hanging there with Stroll and myself but it never felt like that he had a lot more pace, but then with low fuel and soft tyres, his car came alive a little more and it was the last stint, he broke my DRS a bit quickly, so didn’t really have an answer.

“What’s really encouraging is that Spa and Monza, we knew it would strong for us, this circuit, I wouldn’t say that we had highest of expectations, but putting the lap together we had a P5 car in qualifying, and had same pace in the race. It is encouraging,” summed up Ricciardo.

Meanwhile, few days down the line since the race, Renault is back in action, this time at Hungaroring, where its reserve and academy driver Zhou is driving the R.S.18. It is not the first time for the F2 racer to have a test, which Christian Lundgaard has done it as well.

Both the juniors have missed on a F1 spot with Renault – to be Alpine – with Fernando Alonso returning to partner Esteban Ocon, but the Chinese racer could be in frame for its LMP1 programme in the FIA World Endurance Championship.

Zhou completed about 450 km and will be back in action on Thursday. With UNI-Virtuosi Racing, the Chinese driver sits eighth in the F2 drivers’ standings with 108 points as teammate Callum Ilott is second with 153 after nine rounds.

And that's a wrap for Zhou today in Hungary. He's tallied up approx. 450km and is back at it again tomorrow. #RSspirit pic.twitter.com/HDYdgCHEpU