Home F1 Raikkonen satisfied but says awful lot of work to be done to... 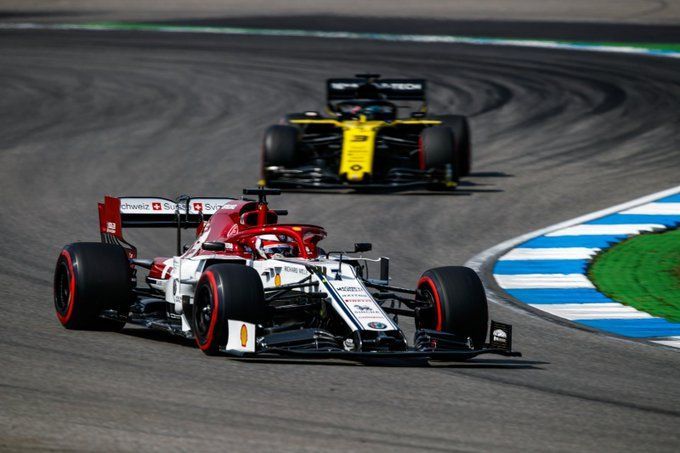 Kimi Raikkonen says he is satisfied with the work so far in the 2019 F1 season but adds that there is awful lot of work to be done by Alfa Romeo Racing to catch McLaren.

The switch for Raikkonen to Alfa Romeo from Ferrari has been a good one so far in the 2019 F1 season with the Finn having registered seven points finish from the 10 races. It has been a satisfying run but Raikkonen feels Alfa Romeo has more to do.

They are sixth with 26 points with Renault 13 ahead and McLaren 34, who are their absolute target. “It’s hard to say if Alfa Romeo is in a better shape, because obviously where they’ve been the last few years it’s not been the greatest,” said Raikkonen.

“Last year they made good gains from half way through. So, very unknown. I just went into the season to try to do the maximum, to see what we get. We had a bit harder part, three or four races where we were not very fast.

“But we managed to recover from that a little bit. There is still a long way to go but I think it’s not been too bad, at least in their own book. So we’ll keep trying and try to make the car faster. For sure we have improved. I don’t know how much.

“It’s depends on what you compare. Obviously we compare to the guys that are close to us and obviously we are still behind on pure speed but we bring as much as we can new parts and try to improve. At least usually the parts work very well, what we brought.

“So that’s a good thing. Obviously with a small team it takes a bit longer to bring new parts. But I think we are quite happy with how things have gone forward. But there is still an awful lot of work to be done to get more faster and to try to get closer to McLaren.”

With motivation still a question, Raikkonen reiterated that he doesn’t feel a lot different to how it was before. “I don’t think it’s a lot different,” he said. “Obviously racing a bit more rearwards. But if you don’t count that the big picture hasn’t really changed.

“It’s a different team, but I’ve worked with some of them before. I think F1 hasn’t changed. We still this press conference, we have the same kind of meetings, interviews. That hasn’t changed, but obviously, outside of racing I have a bit more free time, so that is the nice part, but I don’t think it’s night and day what happened last year to this year.”