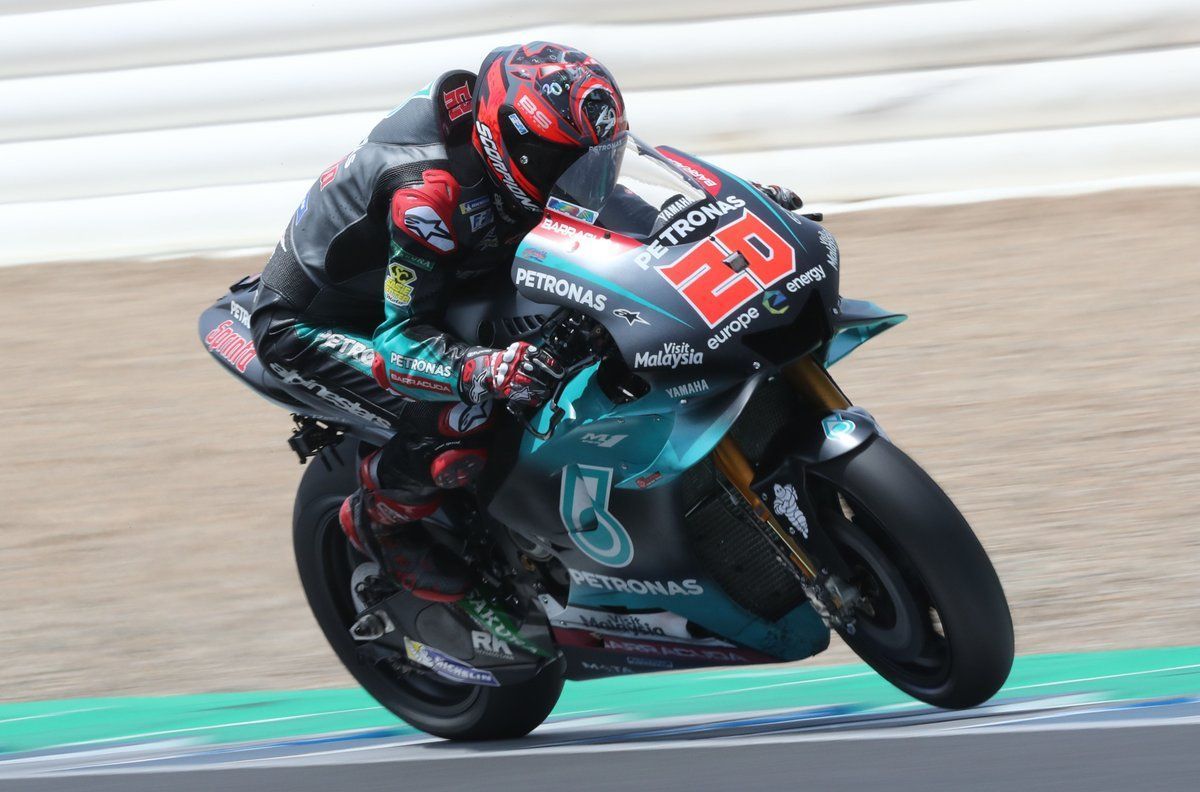 After the heartbreak in the Spanish GP where Quartararo retired from second in the early stages of the grand prix, the Frenchman hung on well in the Jerez MotoGP test with a best of 1m36.379s to end the day on top, completing 73 laps in all.

The Petronas Yamaha riders weren’t testing any particular new parts but the factory team were checking the throttle connection and electronics. Also working on the electronics was Crutchlow with the factory Honda’s Marquez running Stefan Bradl’s bike.

Lorenzo had a new seat but suffered multiple crashes in Turn 6 and Turn 11. In the crash list was Nakagami at Turn 3 with Mir at Turn 9. His teammate tried the new swing arm on the Suzuki but it broke even though Rins did not have any crash.